E.T. called. Your lunch is ready.

It's okay to be ignorant, as long as it doesn't become a way of life.

Even the best educated of us don't know stuff.  Lots of stuff.  Socrates, after all, had a point when he gave his famous answer to followers who asked him, "How can you be so wise?"  "If I am wise," he said, "it is because I alone of men realize how little I know."

It is our response to ignorance that counts.  And it seems to me that when people are asked for information about which they are ignorant, they generally have one of two reactions:

As an example of the latter, consider the recent odd astronomical discovery that the dwarf planet Ceres has two mysterious bright spots that show up intermittently on NASA photographs. 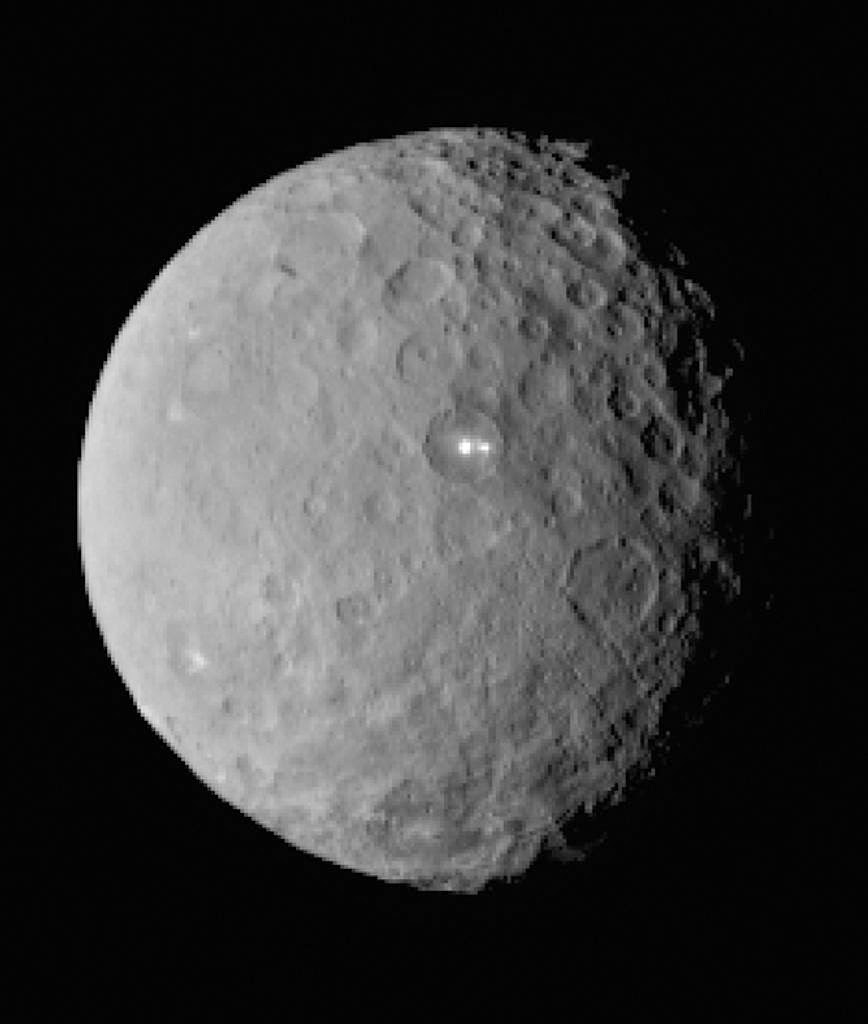 The writer of the news article linked above, Mariette LeRoux, seems a little put out that scientists aren't explaining the spots.  All we know, she said, is that the spots "behave differently," as if they are not being caused by the same phenomenon.  Federico Tosi, who analyzes data from the Dawn probe's Visible and Infrared Mapping Spectrometer, said, "For sure, we have bright spots on the surface of Ceres which, at least from a thermal perspective, seem to behave in different ways."

Which summarizes the observations, and tells us exactly nothing beyond that.  And that is what scientists should do, given that this is all they have at the moment.  They're still trying to find out more, or come up with a model of what could explain the spots, so they're not falling upon one horn of the dilemma.  But they're also not just inventing wild ideas when they have almost nothing to go on, and thus are avoiding the other horn of the dilemma as well.

Which is more than I can say for the woo-woos, who are having a field day with this.  Here are a few of the "explanations" (if I can dignify them by that word) I've seen on such sites, since the observation was made a month ago:
So anyhow.  We start with "there are two mysterious spots on Ceres" and end with alien superweapons.  All of which makes me want to take Ockham's Razor and slit my wrists with it.

But on a happier note, there's a second story this week that reinforces science's stance that it's always better to be patient in our ignorance, and look for natural answers, than to jump to ridiculous and outlandish ones.  Some aberrant signals that have been picked up by the Parkes Radio Telescope, and that were being considered by the UFOs-and-Aliens crowd as possible candidates for signals from extraterrestrial intelligence, were shown to be...

... coming from the microwave oven in the observatory's staff break room.

(Note: these are not the Fast Radio Bursts I described in my post last week; but some completely natural, earthly source may be the explanation for those, too.)

To demonstrate this, astronomer Emily Petroff ran the microwave oven three times, each time opening it before the timer went off.  And each time, the radio telescope recorded a peryton -- an odd, narrow-band signal.  Petroff writes:


The two ovens responsible for most or all of the observed perytons are from the same manufacturer (Matsushita/National) and are both in excess of 27 years of age though still working reliably.  Our tests point clearly to the magnetron itself as the source of the perytons since these are not detected unless the oven door is opened.

Further, our analysis of the peryton cluster of 23rd June 1998 implies the perytons are a transient phenomenon that occurs only when the magnetron is switched off.  That we have observed perytons from at least two ovens over 17 years suggests that they are not the product of an unusual failure or fault but are inherent to, and long-lived in, at least some common types of oven.

So there you have it.  How to steer between a state of lazy ignorance and a state of absolute certainty. Navigating your way past these obstacles is critical if you want to know the real answer -- and neither make up loony ideas, nor simply shrug your shoulders and accept being permanently ignorant.

Because, after all, isn't accepting your ignorance, and ceasing your efforts to find out answers, that much more awful state called "being stupid?"
Posted by Gordon Bonnet at 2:39 AM