Giving up on convincing the pigeons

The furor over vaccinations has a long history.

The history, which is intensely frustrating to people like me who think that the anti-vaxxers' rhetoric borders on deliberate endangerment of people's lives, seems always to play out the same way.  In 1998, the now-infamous Dr. Andrew Wakefield published a study in Lancet claiming that there was a connection between the MMR vaccination and autism.  The study turned out to involve only twelve patients, so there was a bias right from the beginning that was so big you could drive a tanker truck through it.  When you add the investigation by Brian Deer that uncovered the fact that Wakefield was being subsidized by a group of lawyers who were conspiring to file lawsuits against vaccine manufacturers, then... well, you get the picture.

The British Medical Journal called Wakefield's study "fraudulent."  Ten of the twelve authors of the Wakefield paper formally withdrew their support in 2004, stating, "We wish to make it clear that in [the 1998] paper no causal link was established between MMR vaccine and autism as the data were insufficient.  However, the possibility of such a link was raised and consequent events have had major implications for public health.  In view of this, we consider now is the appropriate time that we should together formally retract the interpretation placed upon [the] findings in the [1998] paper, according to precedent."

None of that mattered.  The anti-vaccination movement was off and running.  A claim was made that thimerosal, a mercury-based preservative in many vaccines, was what was causing the link between vaccines and autism (which was based on a fraudulent claim from the beginning, remember?).  Many governments caved to the hype, removing thimerosal, which had been used safely since the 1930s.  Surprisingly enough, the rates of autism were unaffected.

That apparently didn't matter, either. 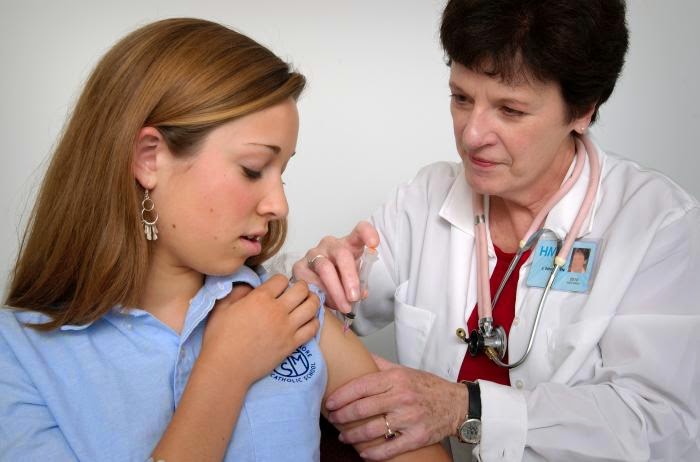 Then the claim started running about that getting "natural" diseases was better for your immune system than getting "artificial" vaccines.  Apparently the idea was that getting diseases was like lifting weights for the immune system.  In 2002, the American Institute of Medicine sponsored a study to see if this was true.  They found no support for it.

Guess what effect this had on the anti-vaccination movement?

Further studies tried to find a link between vaccination and multiple sclerosis, ALS, diabetes, rheumatoid arthritis, and sudden infant death syndrome.  Yup... no connection.  So the anti-vaxxers decided that some children were more sensitive to vaccines, and the studies hadn't taken that into account.  Other, more extreme spokespeople for the movement started claiming that the researchers, not to mention all the doctors and nurses, were shills for "Big Pharma."  "Big Pharma," they say, wants to keep people sick (or worse, make people sick) in order to keep making profits.  And people like me, who object to policy being driven by folks who evidently have no understanding of how science and peer review are done, are just plain stupid.

But the research continued to pile up, and always in favor of the safety of childhood vaccination.  So the anti-vaxxers shifted the goalposts again.  Now they went after gardasil, the vaccine against HPV, a virus shown to be one of the main triggers for cervical, oropharyngeal, vaginal, and anal cancer.  So that was studied.  Once again: the vaccine is safe and effective.  Any side effects are extremely uncommon, and the risk is far lower than the risk of contracting the virus and eventually developing cancer.  But the claims continued to circulate; I've heard more than one parent say, "I'm not having my kid get the HPV vaccine!  It's too risky!"

So more studies were done.  No connection continued to be found.  And just last week, a study was published in the Journal of the American Medical Association showing that in a study of 95,000 children, there was no link between vaccinations and autism -- being vaccinated doesn't alter the risk even in children who have a higher risk of autism from other factors.

An article about the study in Vocativ states that "this should end the debate once and for all."  But it won't.  You know why?

This is not a debate.  This is people who understand science trying to argue with alarmists who believe every damn thing a celebrity says, over the advice given by medical researchers.  This is playing chess with a pigeon -- no matter how cleverly you play, the pigeon just shits all over the chessboard and then struts around like it won.

This should have been over, as a discussion, twenty years ago.  Eliminating vaccines is dangerous and irresponsible.  The childhood diseases of the pre-vaccine period are not mild tummy aches; kids died of them.  Lots of kids.  But you know why the anti-vaxxers don't recognize that?  Here's why.

No one in the United States remembers how horrific these diseases are.  Hardly anyone dies of them any more, because nearly everyone has had the fucking vaccine.  Measles is not just "a bunch of spots," it causes sky-high fever that can leave a child deaf or permanently brain damaged.  Mumps can cause sterility, especially in young men.  Diphtheria kills you by slow suffocation.  Typhoid gives children such serious vomiting and diarrhea that they can die of dehydration, not to mention getting lovely symptoms like intestinal hemorrhage.

Vivid enough mental images for you?

Some people do change their views, but it often takes being walloped by a metaphorical two-by-four for it to happen.  Last month there was the highly publicized story of a mom from Ottawa who was an outspoken anti-vaxxer, but changed her tune after all seven of her unvaccinated children simultaneously contracted whooping cough.

Wouldn't it be nice if people could be convinced by evidence and logic, and not by their children being at risk of dying?

So my general opinion is that if the research we already had hasn't convinced people, further research won't, either.  It's time we stop wasting resources on these people.  The evolutionary biologists learned that long ago; you don't see them doing research and publishing papers to demonstrate over and over again that the Earth is not six thousand years old.  We need to treat the anti-vaxxers as what they are -- the young-earth creationists of the medical world.

And mandate that children be vaccinated, nationwide.  No exemptions, sorry.

This discussion is over.
Posted by Gordon Bonnet at 2:55 AM