Two days ago, I was in my car on the way to a gig with my band, and I was listening to some classical music on satellite radio.  The announcer came on with some of the usual sort of background information before a piece is played.  In this case, she said, "Next, we're going to hear from one of the masters of the classical guitar."  And immediately, I thought, "it's going to be Narciso Yepes."

Now, it's odd that I thought of Yepes at all.  I don't know much about classical guitar players -- the two I've heard the most often are Andrés Segovia and Christopher Parkening, but even them I only listen to intermittently.  I think I have one CD of Yepes, but I'm not sure where it is and I don't think I've listened to it in years. 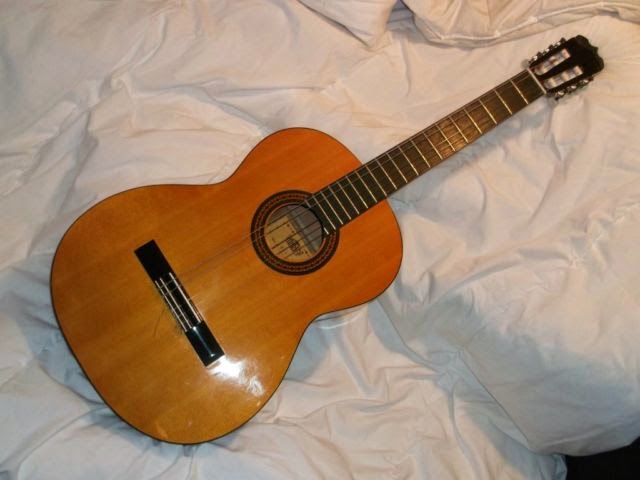 So the certainty of my thought is peculiar from a couple of standpoints, even if you believe that it wasn't a premonition (which, predictably, I don't).  The first is that I came up with the name of a guitarist I barely know at all, as soon as the announcer mentioned "classical guitar;" and the second, of course, is that it turned out to be right.

Interestingly (and you might consider this another synchronicity), just yesterday a loyal reader of Skeptophilia sent me a link to a subreddit called Glitch in the Matrix which is devoted to exactly these sorts of occurrences.  The name comes from the movie The Matrix, in which odd coincidences and experiences of déjà vu are indicative that the Machines are making minor alterations to the computer simulation inside of which we all live.  (On second thought, the reader sending me the link is not so surprising after all; it was in response to yesterday's post on déjà vu.)


For about 5 or 6 years now (I'm 21 as of now), I've noticed that, whether it's the time that I check my phone, or it's a donation on a Twitch stream, or any number of other things, there's a decent chance that it'll be the number 619.  It's nothing I'm too worried about, but it pops up every so often naturally that it just doesn't seem like a simple coincidence anymore.  It's something that I noticed happened, and then it continued to happen long after that.

I'll notice the time as 6:19 every once in a while, and at first I chalked it up to being stuck in the same routine, but it continued to occur after several changes in sleep schedules and school/work schedule.  Again, it's not only the time of day either, but I'll notice it in a phone number, or any number of places.  It's gotten to be like my own private joke that people or places attached to the number must mean something to me, although I never act on it...

So any theories on my special little number?  Does anyone else have a number or idea "follow" them around like this?  Or is this an underlying symptom of a mental disorder that I've been ignorant of for 21 years?


One of the most terrifying experiences I've ever encountered was with my friend Gordie last summer and to this day still makes me feel uncomfortable to talk about because I genuinely can not explain what happened on any logical level.

We were driving to Mission and on the way back I noticed I had forgotten something at the store.  By this time we were in downtown Maple Ridge and considering we had nothing to do so we went back. It's about a 20 minute drive to Mission from where we were.  The clock read 3:23.

The clock reads 3:37.  Gordie and I look at each other.  And he asks me "what happened?"  Neither of us remember the drive between Maple Ridge and Mission.  We lost 15 minutes of lives and we have no idea where it went.  All we know is that in between post A and B nothing or probably something happened.

Not a single word was said.  The last thing we remember talking about was how Skyrim will never have a follow up.  Then at the snap of a universal finger. Nothing.  15 minutes gone.

I'm the grand scheme of things, 15 minutes seems inconsequential and minimal to the many minutes in our life.  But nevertheless it remains unknown as to where time went.

My only explanation is that I passed though a wormhole and somehow ended up on the other side.


I had a problem with a programming question, so I googled it, and I went to the forum Stackoverflow (in which I had signed up 2 years ago).  I found an excellent answer that solved my problem, and I told myself "Oh.. So many intelligent people out there... I would have never been able to write something like that."

And then I realized... the author of the answer is my account.  It's me...

I am convinced this is caused by a glitch in the matrix.  Most probably, many answers on the forum are generated by the matrix, and the glitch was to attribute my username to it.  Of course, a couple of seconds after that, I was getting a vague idea that I may have written the answer (false memory), but I am not fooled!

I think the key is that all of these rely on two things; the general unreliability of perception and memory, and our capacity for noticing what seems odd and ignoring pretty much everything else.  Starting with our 619-noticer, consider how many times (s)he probably looks at clocks, not to mention other sources of three-digit numbers, and it's not 619.  Once you have a couple of precedents -- most likely caused, as the writer noted, by being in the same routine -- you are much more likely to notice it again.  And each subsequent occurrence reinforces the perception that something odd is going on.

And the last one, the person who answered him/herself on an internet forum, certainly has to be a case of a lost memory.  I have a friend from college who has an excellent memory for details from the past, and periodically reminds me of things that happened to the two of us -- and more than once I've had to admit to him that I have no recollection of the events whatsoever.  It's disconcerting, but our memories are far less thorough and accurate than we think they are.

My own premonition-like decision that the radio announcer was going to be playing a piece by Narciso Yepes is clearly something of the sort.  Considering how often I listen to the radio, and hear the announcer give a bit of information about the next selection, it's likely I have thoughts like, "I hope she plays something by Scarlatti next!" several times a day.  Most of them, of course, are wrong, and because that's the norm, such events are immediately forgotten.  It's only the coincidental ones, the outliers, that get noticed -- yet another example of our old friend dart-thrower's bias.

But even so, I think I'll dig up that Yepes album and put it on.  Whether or not it was a glitch in the matrix, he's a pretty damn good guitarist.
Posted by Gordon Bonnet at 1:58 AM