My will be done

I was raised Roman Catholic, and considered myself Catholic for the first twenty or so years of my life.  I followed the precepts to the best of my ability, went to church every Sunday and to confession regularly, and in general did everything I could to be a good Catholic.

My abandonment of the Faith Of My Fathers didn't happen all at once, with some kind of scales-falling-from-the-eyes experience that left me realizing that I was on the wrong path.  But even back then, there were some signs and portents that were indicative of the kinds of questions I'd be asking in a few years, questions that admitted no easy answers, and even seemed to stump some of the more learned of the church leaders.  And one of these had to do with the nearly constant attribution of events and decisions to "God's Will."

I recall thinking, "How do you know what god's will is?  You're so certain you know the mind of god?"  It seemed to me to be the height of arrogance.  I've always felt unsure about just about everything I do and think, especially my position apropos of the daily chaos I see around me.  To claim that my opinions, biases, and judgments are the same as those held by the eternal and infallible creator of the universe seemed to me even then to be the worst sort of spiritual pride, which as I recall is said to Cometh Before A Fall. 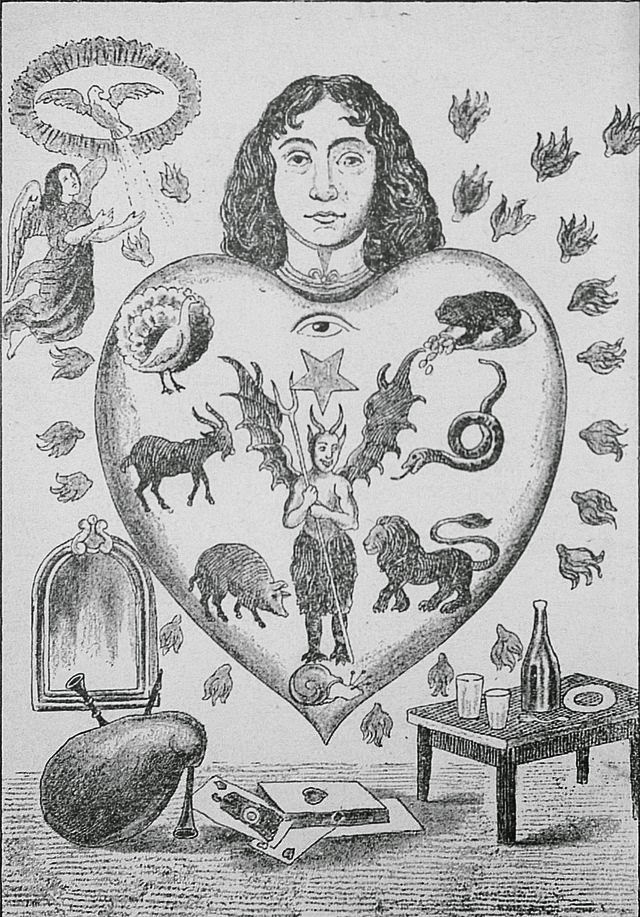 I noticed too how gentle, kind people tended to attribute gentleness and kindness to god, and harsh, judgmental people imagined god as an inflexible, rule-based micromanager.  And suddenly it occurred to me: these people are creating god in their own image, not the other way around.

In other words, they're making it all up.

It struck me as bizarre then, and it still does today, that people are so quick to put their own words in god's mouth.  I found two appalling examples of this tendency this past weekend.  So let me tell you about them, and see what you think.

In the first, we had another example of god prohibiting catering to gays, this time a company in Oregon called "Sweet Cakes by Melissa."  The owners, Aaron and Melissa Klein, refused to bake a wedding cake for a gay couple, and were sued for discrimination.  The judge found in favor of the gay couple and fined the Kleins $135,000.

So the Kleins launched a GoFundMe drive to raise money to pay the fine.  They'd made it to $109,000 -- which is appalling enough in and of itself; didn't Jesus say to care for the poor, not the bigots? -- when GoFundMe cancelled the drive.  They cited their policy, stated clearly on their site, that you cannot use GoFundMe to raise money to pay for the repercussions of breaking the law.

And Melissa Klein wrote on her Facebook page, "Evidently Go fund me [sic] has shut down our Go fund me page and will not let us raise any money.  Satan's really at work but I know our God has a plan and wins in the end!"

So these people are so sure of themselves and their beliefs that they not only attribute what they're doing to the will of god, but claim that anyone who gets in their way must be motivated by the devil?

Not to mention the fact that was pointed out more than once to the Kleins on Twitter, namely that they had declined service to someone who they disagreed with, and then when GoFundMe did exactly the same thing to them, they claimed that GoFundMe must be doing the work of Satan.

In the second, and even more horrifying, example we have a prominent Christian preacher who felt it necessary to express his opinion about the devastating earthquakes in Nepal, which caused untold millions of dollars worth of damage, the loss of irreplaceable historical buildings, and worst of all, a death toll of 3,200 that is likely to continue rising.  Pastor Tony Miano, of the evangelical ministry group Cross Encounters, went on his Twitter (@TonyMiano) and responded to the devastation thusly:


Praying 4 the lost souls in Nepal.  Praying not a single destroyed pagan temple will b rebuilt & the people will repent/receive Christ.

Seriously?  That's your response?  You are so certain that your opinions are a perfect reflection of your god's wishes that you are willing to say publicly that everything in Nepal will be just hunky-dory if everyone converts to Christianity and puts churches in place of the Buddhist temples that were destroyed?

It's not only the heartlessness of this comment that gets me; it's the mind-bending arrogance.  "I understand the universe perfectly," Miano seems to be saying.  "All you have to do is agree with me, and you'll be agreeing with god."

Which seems to be the same thing the Kleins were saying, and the same thing a lot of the extremely religious claim.  After all, what else are the mullahs doing in the Middle East but saying that their biases regarding the treatment of apostates and the place of women and rules regarding sexual purity are a flawless mirror of the will of Allah?

It was exactly this sort of thing that struck me thirty years ago.  Because that's the commonality, isn't it?  "Do what I say.  You're confused, whereas I know what god's opinion is about everything."

Like I said, the realization I had when I was 21 or so didn't lead to an immediate loss of faith.  I had been steeped in Catholicism too long just to give it up in one fell swoop.  So I limped along for a while, but eventually came to the conclusion first that if there was a god, it was impossible to know his will -- and finally that there was no evidence of a god at all.  The whole thing began, though, with my puzzlement over how the priests could be so sure that they knew what god wanted, not only for themselves, but for everyone else.

And nowhere, I think, does this hypocrisy show quite so clearly as in the coalescence of one's own opinions with those of an almighty deity.

The religious call this "faith."  But how is this not simply a bad case of megalomania?
Posted by Gordon Bonnet at 2:56 AM