The politics of fear

In M. G. Miller's amazing book Bayou Jesus, we read about four characters on a deadly collision course in early 20th century southern Louisiana -- the young, unwed African American woman Miss Zassy, her saintly son Frank Potter, Miss Zassy's sadistic employer Samson Boudreaux, and his daughter Alice.  Throughout the book there is a sense of tragic inevitability, driven by Miller's elegant prose and his character Samson's pervasive fear of the dark-skinned race who were freed after what he calls "The War of Northern Aggression."

It's the fear that struck me, throughout my reading of this book.  What, exactly, was Samson so afraid of?  He phrases it in self-justifying platitudes: "Give them an inch, they'll take a mile."  "If you don't keep them in their place, they'll take over the whole world."  And despite my knowing that Miller's depiction is sadly accurate, and that there were people in the Deep South who believed this -- after all, Bayou Jesus is set only a stone's throw from where I spent most of the first twenty years of my life -- I couldn't help but think more than once, "how can Samson look around him, and honestly think that the poor, powerless, disadvantaged African Americans in his home town are any kind of threat?"

And yet he, and the real white supremacists who were all too common in the post-Civil-War South, did feel exactly that.  It had nothing to do with logic, facts, or even reality, and yet it drove them to harass, torture, and kill innocent people who weren't trying to do anything other than eke out a meager living in peace. 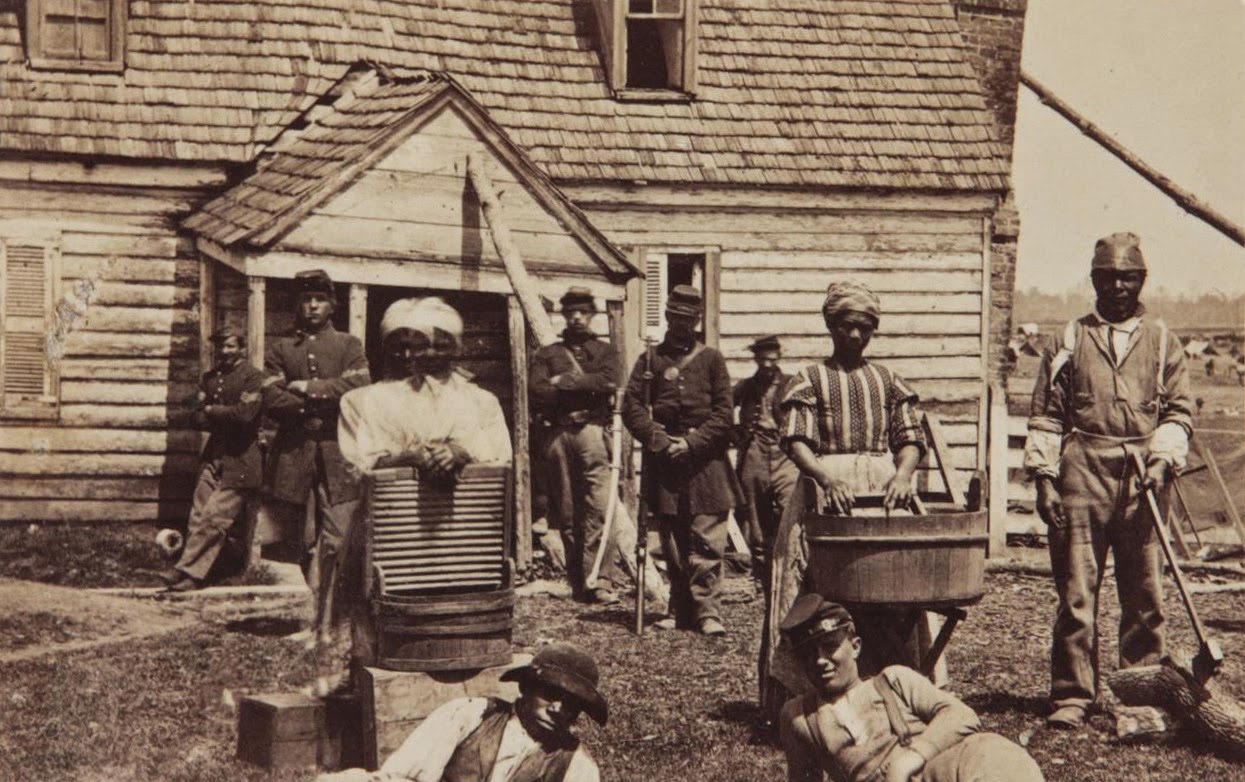 African Americans during the Civil War [photograph by Mathew Brady, 1864]

Which brings me to conservative columnist John Zmirak's claim that Christians in America are facing imminent genocide.

In an interview with radio talk show host Joe Miller, Zmirak made the following statement, which I quote here in its entirety:


When a dominant group wants to persecute a minority, the first thing they do is vilify them.  You had the dominant secularists in France before the French Revolution spend about twenty years vilifying the Christian clergy; the moment they took power in the French Revolution, they started killing the Christian clergy.  When the Turks decided that the Armenians were a dangerous minority almost 100 years ago to the day, they started out with a propaganda campaign saying that the Armenians were all traitors working for the Russian czar; within a few years, they were butchering in the streets and driving them into the desert to die of thirst.  Same thing happened in, of course, Nazi Germany, they vilified the Jews, preparing people for the Holocaust.  You saw it happen again in Rwanda, where the once-powerful Tutsi minority, they were declared on government radio stations for weeks and weeks, they were called cockroaches, ‘we must exterminate the cockroaches.’  It was repeated over and over and over again and it was followed, of course, by a genocide that in the course of a month or two, killed more than a million people.

I think this vilification of faithful Christians could lead to violence in America.  I think the churches have been persecuted before, Christians are being persecuted all around the world by Islamists — and the U.S. government is doing nothing, of course — I could imagine Americans standing by while churches are padlocked and pastors are arrested for being hatemongers, while children are being taken away from their parents because they don’t want them to be taught their extremist views.

It’s happened so many times before, and all the signs are there that the enemies of Christianity are seeing ‘how much can we get away with?  Can we close down a pizza parlor for even theoretically being willing to discriminate?  Can we get teachers from religious schools fired?  They’re going to keep pushing until they hit pushback.  And unless there’s powerful pushback from Christians now — not five years from now, when it will be too late, but now — we’re going to see ourselves reduced to the status of second-class citizens the way Christians are in countries like Egypt and Syria.

There are three takeaways I had from this:

But none of those facts matter.  Like the fictional Samson Boudreaux, who felt that wealthy, privileged Caucasians were in imminent danger from poor, downtrodden African Americans, John Zmirak thinks that the Christian majority -- whose members control virtually every level of government -- are about to be overthrown and oppressed by secularists.

And all because we're trying to make sure that pizza parlor owners can't refuse to serve people on the basis of their sexual orientation.  (And allow me to point out that the pizza shop owner who is the focal point of all of this is so far from an oppressed "second-class citizen" in the eyes of most Americans that she received over $840,000 in donations from like-minded Christians for her refusal to serve gays.)

It's amazing what fear will do, isn't it?  Because that's what drives the whole thing.  Fear of The Other, fear of losing your way of life, and worst of all -- fear that the people you hate will treat you the way you'd like to treat them.  When, of course, most of the members of the groups Zmirak and his ilk detest want only what everyone wants -- the freedom to live without being ridiculed, harassed, discriminated against, and (to use Zmirak's own word) vilified.