I walk a pretty fine line, here at Skeptophilia, between criticizing ideas and ridiculing the people who hold them.  And I'm sure that I've stepped across that line more than once, given my fondness for the word "wingnut."  But I do try to focus on people's words, actions, and ideologies rather than launching broad-brush ad hominems.  That way lies Ann Coulter, and heaven knows we wouldn't want to go there.

Wait, was that a personal ad hominem?

Anyhow, any time you write something and post it or publish it, you take the chance that you're going to cause some negative responses.  And the problem is that there's a range of negative responses people could have to what a blogger writes, from "disagreement" to "offense" to "so offended I'm going to sue your ass off for libel."  And this is the predicament that Stephanie Guttormson has found herself in.

Guttormson is the Operations Director of the Richard Dawkins Foundation, and is the kind of person who has slim tolerance for bullshit.  She has a YouTube channel called "Think Stephtically," and she has taken on all manner of psychics, faith healers, and their ilk.  And now, she has gotten herself into (in my opinion, entirely undeserved) hot water over her criticisms of Adam Miller, who claims to be a faith healer and miracle worker.


I have had work done by Adam Miller for the last 2 years 12 years of nagging pain in my back, INDEED he is a healer this woman is a hacker and knows nothing about spirituality.  Adam and Eve Miller are the real deal back off and allow those their gifts to heal on.

Well, I might point out first that there's a difference between a "hack" and a "hacker," but the more trenchant response is the one that appeared immediately after the above post:

(Y)our example demonstrates (amongst others) the logical fallacies of cherry picking, and correlation is not causality.  THAT is why we have scientific methodologies - to weed out those claims by people such as Adam when not supported by the evidence.

Spot on, of course.  But the problem with people like Miller is that they never just retreat in disarray when they're shown up -- they lash out.  And that's what Miller has done.  He has sued Guttormson for copyright infringement (she used some clips of Miller's schtick in her own videos) and for "actual harm caused to Mr. Miller as a result of Guttormson’s infringement and statutory damages."

The lawsuit probably doesn't stand a chance of being found in Miller's favor; but the problem is, Miller is wealthy (another indication of how many gullible people there are in the world) and can afford the cost far better than Guttormson can.  So Guttormson has started a GoFundMe drive to pay for her legal costs from this frivolous lawsuit -- to which I hope you will be able to donate.

But what Miller may not have realized, given his apparent unfamiliarity with critical thinking, is that there is a phenomenon called the Streisand effect.  It involves someone objecting to negative publicity, and their objection bringing far more attention to that publicity than it otherwise would have had.  It got its name, of course, from singer Barbra Streisand, who became furious over an aerial photograph of her house that had been taken by an obscure California photographer, and sued him to have it destroyed -- resulting in the photograph being circulated worldwide, appearing in countless articles and blog posts, including on the Wikipedia page about the Streisand effect.

Gives new meaning to the phrase "pick your battles." 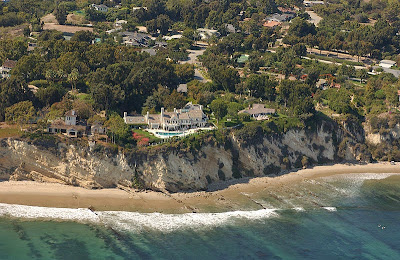 So let's see if we can invoke the Streisand effect here.  Miller wants his day in court?  Fine.  How about we skeptics pull together, and not only support Guttormson's GoFundMe drive, but circulate and repost her two videos in which she criticized Miller?  When I looked at them this morning so I could link them to this post, they had only 11,000 and 2,400 views each.

That is far too few.

So take a look at Guttormson's YouTube videos (links posted above).  Post them on Twitter and Facebook and wherever else you can think of. They're well worth watching on their own merits, of course; she's hilarious, and her biting commentary on Miller's content and delivery style got some belly laughs from me.  Besides the pleasure of watching Miller's lawsuit completely backfire, it'd be nice to see more people exposed to this kind of skeptical approach of woo-woo claims.

Funny to think, then, that the efforts of a guy who claims to "work miracles" might be to bring much wider attention to a woman who works to demolish such claims.  Now wouldn't that be a miracle?