In response to my post a couple of days ago about the tendency of people to believe loony ideas if they're couched in ten-dollar vocabulary, a loyal reader of Skeptophillia sent me a link to a paper by one Lionel Milgrom, of Imperial College (London), that has turned this phenomenon into an art form.

The name of the paper?

"'Torque-Like' Action of Remedies and Diseases on the Vital Force and Their Consequences for Homeopathic Treatment."

ln it, we witness something pretty spectacular: an attempt to explain homeopathy based on quantum mechanics. 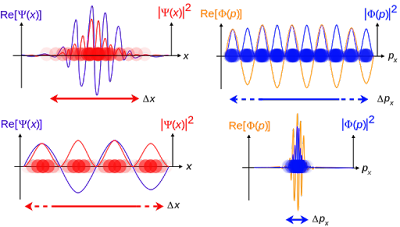 I'm not making this up, and it doesn't seem like a spoof; in fact, the paper appeared in the open-access Journal of Alternative and Complementary Medicine.  Here's the opening paragraph:


Within the developing theoretical context of quantum macroentanglement, a mathematical model of the Vital Force (Vf) has recently been formulated.  It describes the Vf in terms of a hypothetical gyroscope with quantized angular momentum.  This enables the Vf's state of health to be represented in terms of a "wave function" derived solely from secondary symptom observables produced in response to disease or homeopathic remedies.  So far, this approach has illustrated the biphasal action of remedies, resonance phenomena arising out of homeopathic provings, and aspects of the therapeutic encounter.

So right out of the starting gate, he's talking about using quantum interactions of a force no one has ever detected to explain a treatment modality that has been repeatedly found to be completely worthless.  This by itself is pretty impressive, but it gets better as it goes along:


According to this model, symptom expression corresponds to precession of the Vf "gyroscope."  Conversely, complete removal of symptoms is equivalent to cessation of Vf "precession."  However, if overprescribed or given in unsuitable potency, the curative remedy (which may also be formulated as a wave function but this time derived solely from changes in Vf secondary symptom observables) may cause the Vf to express proving symptoms.  Thus, with only observation of symptoms and changes in them to indicate, indirectly, the state of a patient's Vf, the safest treatment strategy might be for the practitioner to proceed via gradual removal of the symptoms.

When I read the last line, I was lucky that I wasn't drinking anything, because it would have ended up splattered all over my computer.  Yes!  By all means, if a sick person comes in to visit a health professional, the health professional should proceed by removing the sick person's symptoms!

Because proceeding by making the symptoms worse is kind of counterproductive, you know?

His talk about "overprescription" made me chuckle, too.  Because if you'll recall, James Randi has demonstrated dozens of times that the result of consuming a whole bottle of a homeopathic remedy is... nothing.  On the other hand, since the homeopaths believe that the more dilute a substance is, the stronger it gets, maybe "overprescribing" means "prescribing less."

Which reminds me of the story about the guy who forgot to take his homeopathic remedy... and died of an overdose.

And if this isn't enough, Dr. Milgrom (yes, he has a Ph.D., astonishingly enough) has also published other papers, including "The Thermodynamics of Health, Healing, and Love" and "Toward a Topological Description of the Therapeutic Process."

What's next, "The Three-Body Problem: A Classical Mechanics Approach to Handling Love Affairs?"

I have to admit, though, that there's something almost charming about this guy's attempt to bring pseudoscience under the lens of physics.  His blathering on about imaginary "vital forces" and the precession of microscopic gyroscopes as a mechanism for disease is, if nothing else, creative.  While what he's claiming is complete bollocks, Dr. Milgrom's determination to keep soldiering on is kind of adorable.

The good news, of course, is that his papers are unlikely to convince anyone who isn't already convinced.  The only danger is the undeserved veneer of credibility that this sort of thing gives homeopathy in people whose minds aren't yet made up.  One can only hope that the thorough debunking of this fraudulent practice that has been done by actual scientific researchers will prove, in the end, to be more persuasive.
Posted by Gordon Bonnet at 2:10 AM