In a move that is raising hackles amongst rationalists and skeptics, the UK College of Policing has stated in its official policy guidelines statement that police "should not rule out" using advice from psychics in solving crimes.

"High-profile missing person investigations nearly always attract the interest of psychics and others, such as witches and clairvoyants, stating that they possess extrasensory perception," the document states.  "Any information received from psychics should be evaluated in the context of the case, and should never become a distraction to the overall investigation and search strategy unless it can be verified...  The person's methods should be asked for, including the circumstances in which they received the information and any accredited successes."

When asked to clarify what that last bit meant, a spokesperson said, "Our guidance says that all information received in the course of a missing person investigation should be recorded and assessed to see whether it can yield any valid lines of enquiry, including information that comes from people identifying themselves as psychic.  In this context, 'accredited success' means previous cases where they have given police information that turns out to be correct."

Which at least provides some kind of an out.  Because the track record for psychics providing correct information to police is pretty damn close to zero.

Ever heard of the Yorkshire Ripper, who in the late 1970s committed thirteen gruesome murders?  Doris Stokes, who preceded Sally Morgan as Britain's most famous psychic, provided critical clues to police about the identity of the Ripper.  His first name was Johnny or Ronnie, she said.  His surname began with an M, and he came from the Northeast of England, in Wearside or Tyneside.  He was clean-shaven, and had thinning hair with a bald spot.

Unfortunately for Stokes, the murderer was named Peter Sutcliffe, he was from Bingley in West Yorkshire, and this is what he looked like: 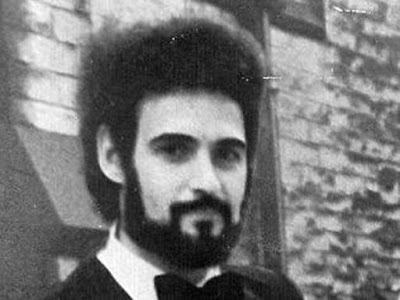 At least she correctly identified him as male.

This case isn't unique, not by a long shot.  The investigators working on the 2007 disappearance of three-year-old Madeleine McCann in Portugal have folders full of "information" from psychics, including:


My guess is that even the people who believe wholeheartedly in psychic bullshit could see that all of these couldn't be true at the same time.

I am appalled that any investigative agency would even consider using information provided by self-styled psychics.  There is no evidence whatsoever that psychic ability exists, much less that any of their Messages From The Other Realms have ever been the least use in solving crimes.

But it goes beyond just being well-meaning but ultimately fruitless help.  Police investigators have limited time and resources; expecting them to "evaluate information from psychics in the context of the case" is a colossal waste.  Phone calls should go as follows:


Caller:  Hello, I have information to provide to you on the Fernwhistle murder case.

Police:  Can you tell me how you obtained this information?

No credence should be given to these people at all, who are delusional at best and hucksters at worst. And the idea that police guidelines should make it official policy to listen to the useless information they provide is tantamount to saying, "We'll consider all information, even if we know from the get-go that it's wrong."
Posted by Gordon Bonnet at 2:52 AM