Bee all and end all

It's unfortunate how wishful thinking can turn off the rational parts of your mind.

I know we all want to live healthy for as long as possible.  There are a lot of scary illnesses out there that everyone would love to avoid.  But this fear drives us sometimes to pursue preventatives and treatments that are completely bogus -- in our desperation to avoid disease, we grab on to anything that seems even remotely possible.

I can't think of any other explanation for the link a loyal reader of Skeptophilia sent me a couple of days ago, in which we learn that to avoid getting sick, people are breathing air from beehives. 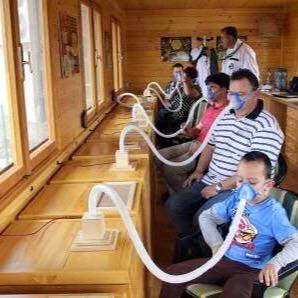 This is a place in Slovenia.  It's proven that breathing air from a beehive is very beneficial for ones [sic] health.  Hive air contains ingredients that boost the body [sic] healing capacity.  This is just more evidence that backs up why it is that beekeeper [sic] a have the highest life expectancy in the world.  Everything the Bee produces is of the highest value to humans.

…Beekeepers have the lowest incidence of cancer of all the occupations worldwide. This fact was acknowledged in the annual report of the New York Cancer Research Institute in 1965. Almost half a century ago, the Journal of the National Cancer Institute, Vol. 9(2), Oct., 1948, published a report by William Robinson, M.D., et al., in which it was claimed that bee pollen added to food (in the ratio of 1 part to 10,000) prevented or delayed the appearance of malignant mammary tumour.

L.J. Hayes, M.D had the courage to announce, “Bees sterilise pollen by means of a glandular secretion antagonistic to tumours.”  Other doctors, including Sigmund Schmidt, M.D., and Ernesto Contreras, M.D., seem to agree that something in pollen works against cancer.

Dr W. Schweisheimer also said that scientists at the Berlin Cancer Institute in Germany had never encountered a beekeeper with cancer.  A French study concerning the cause of death of 1,000 beekeepers included only case of a beekeeper that died of cancer. The incidence of cancer-caused deaths in a group of French farmers was 100 times higher than the group of beekeepers.

Till date, no study has faulted the fact that beekeepers have very low, almost negligible incidence of cancer worldwide.  Due to the weight of this fact and coupled with his experience, John Anderson, Professor of beekeeping, University of Aberdeen, unequivocally declared: “Keep bees and eat honey if you want to live long. Beekeepers live longer than anyone else”.

The problem is, the basis of this claim -- that beekeepers have a lower (or zero, as the post claims) incidence of cancer than the rest of us -- is simply untrue.

All the way back in 1979, J. A. McDonald, F. P. Li, and C. R. Mehta decided to test this claim (which does date back to the mid-20th century).  Unsurprisingly, they found no correlation at all between beekeeping and low cancer incidence:


Beekeepers had a slightly lower than expected fraction of deaths from cancer.  The deficit of lung cancers in male beekeepers was significant (p less than 0.05) and may indicate that fewer beekeepers were cigarette smokers. The frequencies of other cancers did not differ significantly from expectation...  Mortality from diseases other than cancer showed no unusual patterns.  At least two persons died from accidents directly related to the care of beehives.  Analysis of a subgroup of 377 males with major roles in the beekeeping industry showed no substantial differences in distribution of causes of death.

But that hasn't stopped people from doing things like claiming that honey is better for you than sugar (honey basically is sugar, or a concentrated solution thereof) and that "bee pollen" is good for your health.  In fact, there have been no studies supporting any positive health effects from ingesting "bee pollen," and at least three cases of people experiencing life-threatening anaphylaxis after taking bee pollen supplements.

"Natural" doesn't mean "good for you."  Nature is full of toxins, and there's a significant fraction of nature that would love nothing better than to kill you and eat you for dinner.  And while bees are certainly beneficial insects -- the decline of bees from colony collapse disorder should be of tremendous concern to everyone, given the role of bees in pollination -- that doesn't mean that attaching a hose to a beehive and breathing air from it is going to do anything but piss off the bees.

This didn't stop people from waxing rhapsodic about the curative powers of bee air on the original post.  Here are just a few of the comments, so you can get the flavor of the conversation.  You're going to have to trust me that spelling and grammar is as written, because I don't want to use up my daily allotment of sics this early in the day.


Bees are our medicine.  Honour and respect our companion to evolve.  Bees don't respond well to greed.

Alot of things I think would help ease and even cure alot of the sickness in the world today.  I do believe there was medicine before any of us were born that would work better.  With the manufacturers of the drugs all the accessories that goes with on inhalers needles etc. Is worth billions and they don't want to cure a dam thing.  I believe the make drugs just to keep illness under control so we the consumer still has to buy there product just like buying your milk an bread.

I knew that bee keepers on Russia had the largest group of centurions I knew it had something to do with all the bee pollen and honey they were eating.  But huffing bee hive air ... cool

I have to admit that the last comment defeated me for quite some time, which I attribute to my not having had any coffee yet.  I simply stared at it with my head tilted to one side, wearing an expression similar to my dog's when I explain difficult concepts to him, like why he shouldn't roll in dead squirrel.

The other shoe dropped eventually, of course.  And I do think it would be cool if people who lived 100 years got to be centurions.  I think that on a person's 100th birthday, they should receive the entire outfit and be allowed to wear it wherever they want to. 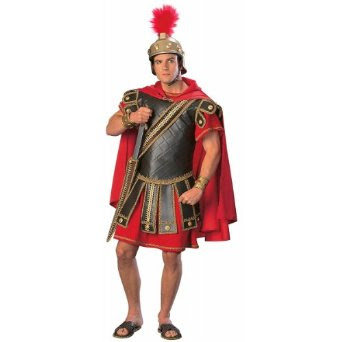 So cancel your trip to Slovenia.  Your best bet for staying healthy is still eating a balanced diet, maintaining a reasonable weight, finding ways to reduce stress, and exercising frequently.  And if you can't manage any of those things, bees are unlikely to help.
Posted by Gordon Bonnet at 2:19 AM