There's another war brewing over the idea of freedom of religion, this time in the state of Tennessee.

Turns out, Bledsoe County School District has for years been handing out bibles to kids.  It hasn't, fortunately, been mandatory; the bibles are put out on tables in elementary school libraries in the district, and students can take one if they want one.  And recently, a decision was made to discontinue the practice.

Unsurprisingly, everyone is up in arms.

"We simply go in, we lay it on the table, we tell them what it is and who we are and if they want one…they freely take one," said Charlie Queen, Chaplain for Sequatchie Valley Camp of Gideons, who sponsors the giveaway.  "We do not hand it to them, they take it freely and voluntarily...  I look at it more as a loss of a freedom more so than anything else.  We are right here on Veterans Day…. people have fought, sacrificed and died for their country and for these freedoms.  Now another one is trying to be taken away, that’s what breaks my heart." 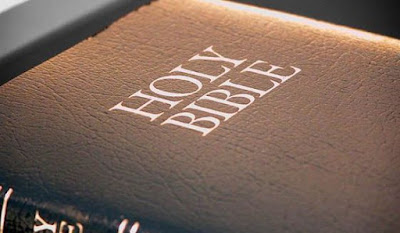 Predictably, Christians in the area are outraged.  Pastor Bill Wolfe, of Lee Station Baptist Church, said, "My whole congregation is very upset.  We talked about it yesterday morning.  They [the Gideons] come in and they don’t force anything on any child.  It’s an opportunity for them to receive a New Testament Bible.  They can take it if they want one and they don’t have to take it if they don’t want one.  This has been going on…well I’m 51-years-old and I still have mine that I received in the 5th grade, so it’s been going on for years and years."

Why do you think it is the function of public schools to pass out religious materials?

If Wolfe is so furious that the giveaway has been discontinued, why doesn't he invite the Gideons into his church to give a bible to all the kids there?  There's only one reason to give bibles away in schools instead of in churches -- and that is in the hopes of convincing people who weren't already convinced.

And that is not acceptable within a school.  What would Queen and Wolfe say if I, as an atheist, purchased a thousand copies of Richard Dawkins's The God Delusion and started handing them out free to fifth graders?  Or if Buddhists, Hindus, or (gasp) Muslims started doing the same thing?

I think the only thing that would send them more ballistic than my handing out copies of Dawkins is if some imam went in and started giving out copies of the Qu'ran.  But how is that any different?

The problem, of course, is that these people don't play fair.  They don't want freedom of religion, in the sense that all religions (and the lack thereof) are treated equally in the public arena.  They want exclusive access, which isn't the same thing.

Unsurprising, of course, considering where this all took place.  Hell, this is the same state where two months ago, parents flipped out when their kids were taught about Islam in seventh grade.

You read that right; these are the people who not only don't want their kids becoming Muslims, they don't even want them to know what Islam is.

Teachers, and schools, are here to expand children's worlds.  To make them more aware, to encourage them to question, to teach them how to tell fact from fiction, to give them the tools to be lifelong learners.  They are not here to perform religious or political indoctrination.

I do not bring up my atheism in my classes.  There is no reason to.  Do kids know I'm an atheist?  Probably a lot of them do; it's a small town, and I'm known to be a blogger.  But when I'm asked in class what my religious beliefs are, my stock response is, "Why is that relevant?"  Because it rarely is.  I'm a science teacher, and there should be no Christian, Muslim, or Buddhist science, no Republican or Democratic science.  There is only science, which is what we know to be supported by the evidence.

And I would be no more in the right to proselytize for my own beliefs than the Gideons are -- even if I do try to be cagey about it by saying "take it or leave it."
Posted by Gordon Bonnet at 2:17 AM