I really get annoyed when apparently intelligent people do something that lends credence to nonsense.

I know it's probably a waste of perfectly good ire.  Confirmation bias and the believe-what-you-want-to-believe tendency of the human brain make fighting this sort of thing a largely fruitless pursuit.

But man, my job would be so much easier if smart people didn't go to such lengths to defend pseudoscience.

The latest attempt to legitimize bullshit comes from British philosopher Martin Cohen, who in his recent book Paradigm Shift: How Expert Opinions Keep Changing on Life, the Universe and Everything describes why we scientific types should give another look to astrology.  (And honorable mention goes to The Irish Times for writing an apparently serious article praising his stance.) 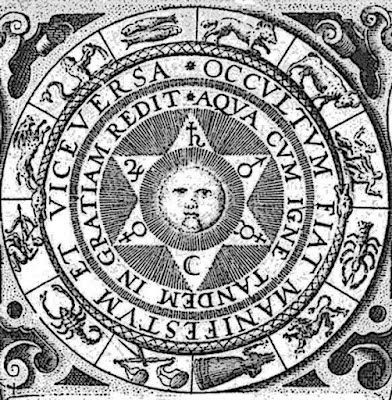 Cohen is basing his claim on a slightly more sophisticated version of the naïve question I hear from high schoolers; "If science changes all the time, this could all be proven wrong tomorrow, so why are we learning this stuff?"  "Expert opinions" -- including not only opinions about what is right, but what is wrong -- fluctuate.  So we shouldn't dismiss astrology, even though Cohen admits it "is easy – laughably easy – to debunk using conventional methods and ideas."

After this glimmer of sense, he goes on to say:


On the other hand – and this is really the subtext of the entire social science debate over Paradigm Shift – convention is a poor guide to anything.

Mainstream science regularly rules definitively on things about which, in fact, the state of knowledge really only allows tentative opinions.  In science, the measure is usefulness; we should give astrology the same chance.

No, sorry.  In science, the measure is consonance with the evidence -- usefulness be damned.  Any utility to scientific discoveries comes after they have been supported by hard data.

What about the fact that astrology traffics in broad-brush predictions that can be interpreted any way you like, leading believers to overestimate its accuracy?  This, Cohen says, is a strength, not a weakness:


By presenting ambiguous, vague answers, astrology pushes the seeker to extract information that is really not so much there in the answer but in their own subconscious. It unblocks our minds and frees them to see things in a new way...  Actually, I’m not sure that I do want to give the nod to the description of astrology as a poor predictor, as that reinforces the stereotype image of the subject as given in newspaper columns.  My suggestion is to see it as a tool for interpreting the world, and in particular each individual’s relationship to it – I mean, in psychological terms.  This way, I think, astrology is full of rich and subtle insights.  How it arrives at them is of little importance.

In other words, as long as you feel the answer is right for you, it's right.  To hell with whether there's any mechanism by which it could work.

He then goes on to tell us about the "spooky coincidence" that the "Four Horsemen" of atheism -- Richard Dawkins, Daniel Dennett, Sam Harris, and Christopher Hitchens -- are all Aries.  The chance of any four randomly chosen people all being the same sign is (1/12) raised to the fourth power, or about one in 20,000.  Which seems like slim odds, until you realize that given the current human population, there are 350,000 such "spooky coincidences" in the world.  Look for long enough, and you'll find more than one cluster of superficially similar people with the same signs -- it's just the law of large numbers at work.

Of course, the claim also ignores a huge study done in England twelve years ago of "time twins" -- people born within minutes of each other who, if any of the claims of astrology are correct, should have similar personalities, tendencies, and fates.  Unsurprisingly, the study found no support whatsoever for any of it.

No matter, Cohen said.  This isn't about physical mechanisms or hard data, it's about "mystical correspondences."

"Why should [the predictions of astrology be accurate], though?" Cohen goes on to say.  "The world changes in innumerable ways at every instant. So what might have been going to happen in one possible world no longer needs to happen in the next....  If astrological predictions really were true, then they would be useless.  The conceit is that we can both benefit from a prediction and still be free to change the future."

Which should win some kind of award for Mushy Philosobabble, and also is awfully convenient.  It doesn't matter if your model accurately predicts anything, or has a basis in reality.  If you find it useful in guiding your life, then whether it lines up with what we know about the real world is irrelevant.

Being a rationalist materialist type, it's no wonder that I read this entire piece while making frustrated little growling noises.  I'm sorry, Mr. Cohen; the truth does matter, and I'm not defining "truth" as being "whatever you decide sounds appealing."  Science gives us an algorithm by which to determine if a claim has validity.  It may well be the only such algorithm that actually works. 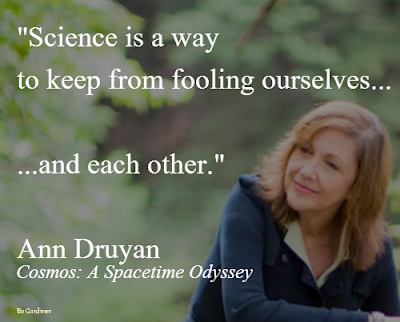 So my general sense is that what Martin Cohen is urging us to do is to abandon evidence as the sine qua non of understanding, and look for "mystical knowledge" in whatever bit of pseudoscientific horseshit happens to suit our fancy.  Which is about as opposite to my standard for approaching the world as it could be.

But I probably only say that because I'm a Scorpio.
Posted by Gordon Bonnet at 2:29 AM