The right to blaspheme

Ideas stand or fall based upon their consonance with the known evidence.  If I believe that aliens have abducted my dogs and replaced them with synthetic life-forms so they can spy on me, that statement is either true or false, and presumably should be resolvable by applying a little science and logic.

Okay, that's a facile example, and I recognize that; but honestly, any statement someone makes can be treated that way.  If you are making a claim about the way the world works, that claim is testable.  More importantly, testing the claim requires that we criticize it, push and prod at it and see where its weaknesses (if any) lie.  If certain realms are made off-limits to criticism, the result is that their truth value can't be analyzed.  They have to be accepted on faith alone -- i.e., without question, whether or not the evidence you have agrees or disagrees.

Which is why British MP Keith Vaz's declaration of support for anti-blasphemy laws is so wildly wrong-headed.

In a discussion over anti-Muslim statements on media, Miqdaad Versi, Assistant Secretary of the Muslim Council of Britain, said, "Muslim communities need to be able to respond to accusations [against] Muslims, or against the Prophet, in a more effective way... Whether there should be legislation is something that really is a more complicated question."

Vaz, in response to Versi's comments, went further.  "I have no problem with the re-introduction of anti-blasphemy laws in the UK," Vaz said. "Religions are very special to people.  And therefore I have no objection to [a blasphemy law] … but it must apply equally to everybody.  If there were to be new blasphemy laws, it should apply to all religions.  If we have laws, they should apply to everybody...  If somebody brings it forward in parliament I'll vote for it… Obviously it depends what's in the bill. But I have no objection to it being brought before parliament and having a debate about it."

Which is a dangerous step toward the type of repression of free speech you see in so many places in the world -- the end result of which is a dictatorship like Saudi Arabia, where you can be sentenced to death by beheading for "offending the prophet."  Or, in the case of poet Ashraf Fayadh, simply for bringing to light the government's determination to keep a stranglehold on all forms of free speech.

Don't get me wrong.  Ridiculing people's dearly-held beliefs isn't nice.  But once you start legislating which ideas are off-limits for ridicule, where do you stop?  Is all satire forbidden?  Do all religions fall equally under the hands-off policy?  (That seems to be what Vaz intends, but if you look around the world, it seldom works out that way in practice.)  What about other dearly-held beliefs?  What if someone is a passionate believer in astrology?  Or spirit survival?

Do we really want to try to figure out which ideas merit protection from criticism, and which do not? 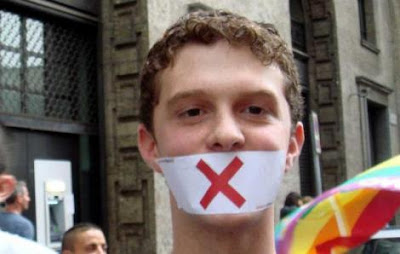 Religious claims are, at their basis, no different than any other claim.  By suggesting that we set them aside from criticism, we are making an imaginary distinction, and then trying to legislate behavior regarding which side of the distinction some statement falls.

Note, however, that I'm not talking about true hate speech, in which people or groups are threatened or insulted.  Here, we're talking about ideas.  And in the realm of ideas, free speech has to trump "niceness."  While I might not like it if someone ridicules my atheism (for example), making such speech illegal is the first step down a very troubling path.

I'll end with a quote by one of my favorite writers -- someone more people in our modern, offense-phobic society should read: 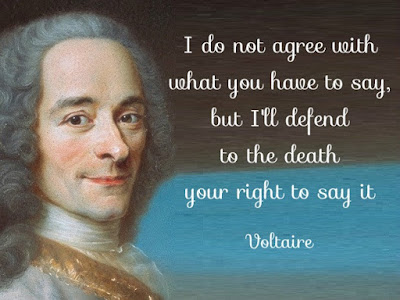