A win for the good guys

I find it discouraging, sometimes, how often the hucksters win.  We still have homeopathic "remedies" on pharmacy shelves.  Selling supplements of dubious benefit and largely unknown side effects is still a multi-million dollar business.  Throw in all of the purveyors of woo who every year bilk thousands of people out of their hard-earned cash, and it all adds up to a pretty dismal picture.

But still, every once in a while, the good guys come out on top.

This  happened just this week with the announcement that the creators and marketers of the "Lumosity" brain-training games are being ordered to pay $2 million in reparations to customers who fell for their "unfounded claims that Lumosity games can help users perform better at work and in school, and reduce or delay cognitive impairment associated with age and other serious health conditions."

The selling points were attractive, with the aging population becoming increasingly (and justifiably) spooked by the specter of Alzheimer's and other age-related dementias.  I can understand the fear; I watched my aunt, my mother's older sister, outlive both of her siblings, finally dying at the age of 90 after spending the last ten years of her life essentially unresponsive and needing 24-hour care due to the ravages of Alzheimer's.  It's my worst nightmare, really.  The idea of having my body go on long after my mind is gone is absolutely terrifying.

So the claim that you could stave off dementia by playing some computer games was appealing.  So, too, were there other claims -- that you would improve your performance at work, at school, and on the sports field, feel more alert, perform cognitive tasks more quickly and accurately.  A direct quote from their advertisements said that playing their games three or four times a week would help users to reach "their full potential in every aspect of life."  With that kind of claim, it's understandable why people fell for their sales pitch. 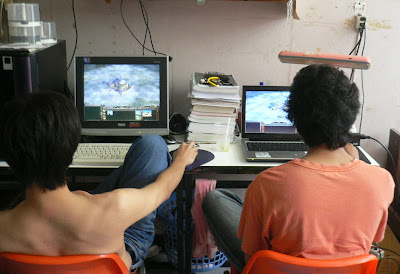 The problem was, it had no basis in fact, and the Federal Trade Commission is requiring Lumos Labs, the company which created and marketed Lumosity, to refund money to their customers because they were participating in "misleading health advertising."

"Lumosity preyed on consumers’ fears about age-related cognitive decline, suggesting their games could stave off memory loss, dementia, and even Alzheimer’s disease," said Jessica Rich, Director of the Federal Trade Commission’s Bureau of Consumer Protection.  "But Lumosity simply did not have the science to back up its ads."

In fact, it wasn't simply a lack of evidence; there is significant evidence against their claims.  A 2014 joint statement from Stanford University and the Max Planck Institute said that "The strong consensus of this group is that the scientific literature does not support claims that the use of software-based 'brain games' alters neural functioning in ways that improve general cognitive performance in everyday life, or prevent cognitive slowing and brain disease."

But flying in the face of scientific evidence wasn't the only problem.  The FTC found that "...the defendants [failed] to disclose that some consumer testimonials featured on the website had been solicited through contests that promised significant prizes, including a free iPad, a lifetime Lumosity subscription, and a round-trip to San Francisco."

So promoting falsehoods for profit + paying people to give you good reviews = a $2 million penalty.  Which is exactly as it should be.

It's high time that the FTC crack down on these spurious claims.  You have to wonder how long it'll take before they can get the supplement-and-remedies cadre to stop hiding behind "This product is not intended to diagnose, treat, or cure any human illness" as a catch-all disclaimer and general Get Out of Jail Free card.

In any case, I find the whole thing heartening.  I do believe in the principle of caveat emptor, but we sure as hell wouldn't have to invoke it quite so often if the powers-that-be would pull back the reins on the false advertisers.
Posted by Gordon Bonnet at 1:57 AM