Two stories in the last couple of days highlight for me what is one of the most mystifying things about the extremely devout.

Note, however, that I am not talking about the majority of the religious, who are (I am convinced) perfectly fine with living their lives as they see fit, and letting the rest of us live ours.  But among the minority who are of the more rigid variety, there is a deep streak of irrationality that doesn't so much leave me frustrated as it does puzzled.

My puzzlement surrounds the undying support some religious leaders have, even though they say things that demonstrate conclusively that they are at best ripoff artists, and at worst, batshit insane.

Let's start with Reverend Ken Copeland, the Texas pastor who evidently thinks that Jesus's command to give away all of your belongings and follow him was more of a strongly-worded suggestion than it was an outright order.  Copeland has become filthy rich from his ministries, and owns 33 acres outside of Fort Worth that contains the Eagle Mountain International Church, television production and audio recording facilities, warehouse and distribution facilities, residences for the Copeland family...

... and the "Kenneth Copeland Airport."

It's this last that brought him to my attention yesterday, after he went on record as saying that god wants Copeland to have several private jets, because you apparently can't talk to god in coach.  Here's a transcript of his interview with Jesse Duplantis, on the television show Believers Voice of Victory:

Duplantis:  Brother Copeland, I was flying home from a meeting, I had come out of a glorious meeting, me and Creflo Dollar were preaching, it was a glorious meeting.  I was, for lack of a better way to say it, I was spiritually high.  People were saved, touched, and blessed.  I was on the plane that god so graciously gave us, and I was flying home.  As I was going home, the lord, he said quickly to me, "Jesse?  Do you like your plane?"  Now, I thought that was an odd statement.  I said, "Well, certainly, lord."  He said, "Do you really like it?"  And I thought, "Well, yes, lord."  Then he said this: "So, that's it?"  I didn't know how to handle that, so I went, "What?"  And he said, "Are you gonna let your faith stagnate?"  And when he said that, it shocked me.  I went, "Oh, wait."  I literally unbuckled the seatbelt on the plane and I stood up.  The pilot said, "You need something?"  I said, "No, I'm talking to god right now."  So he went back to flying.  And I said, "Lord, I don't think I was letting my faith stagnate."  He said, "So this is all I could ever do."  I said, "You're trying to tell me something."  He said, "Go to the Book of Amos."  So, if you have the Book of Amos, I want to read to you from the scriptures.

Copeland:  Can I interrupt you?  You couldn't have done that on an airliner.

Copeland:  Stand up and say, "What did you say, lord?"  Some guy would say, "What the hell does he think he's doing?"  This is so important.  And for those of you who are just not coming into these things, in the first place, Jesse and I and others, Creflo and Keith Moore...  The world is in such a shape that we can't get there without this.  The mess that the airlines are in today -- I would have to stop -- I'm being very conservative -- I would have to stop 75 to 80, maybe 90 percent of what I'm doing.  Because you can't get there from here.

Copeland:  And this was such a good illustration... That's why we're on that airplane, we can talk to god.  When I was flying for Oral Roberts, Brother DeWeese, he said to me, "Now, Brother Copeland, this is sanctuary.  It protects the anointed of Brother Roberts.  Now, you keep your mouth shut, you wait until he talks, because when he's on a meeting he doesn't talk to anybody but god."  Now Oral used to fly airlines, but even back then, it got to the place that it was agitating his spirit, he had people coming up to him because he'd become famous, and they wanted him to pray for them and all.  You can't manage that today, with this dope-filled world, you're getting into a large tube with a bunch of demons.  It's deadly.

Duplantis:  It works on your heart.

Copeland:  So I wanted to make that clear, so that the devil can't say to you, "See that preacher spending all that money..."  No, that's not what this is about.  I'm in the soul business.  We got a dying world here, a dying world.

Now, I'm not puzzled by Copeland and Duplantis themselves.  Their motivations are pretty crystal-clear.  What amazes me is that they have thousands of followers who still give them cash -- lots of cash.  Then, apparently, the donors sit back and watch the preachers spend it on lavish living and private jets, and they don't once say, "Wait.  Maybe this isn't what my religion should be about." 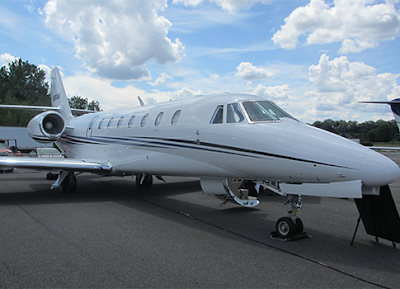 Then we had evangelist Kent Hovind once again commenting on the literal truth of the bible, and how we evolutionary types are evil emissaries of the devil.  You know, the usual stuff.  But then he said something that caught my attention:


If I was God, I would write the [bible] in such a way that those who don’t want to believe in me anyway would think they found something. ‘Aha, here’s why I don’t believe.'  And then they could go on with their own life because they don’t want to believe God anyways.  I would put things in there that would appear without digging to be contradictions. I don’t think that’s deceptive, I think that’s wise for the Heavenly Father to weed out those who are really serious.

Long again I made a choice to believe the Bible until it’s proven wrong.

I know others who have decided, ‘I’m not going to believe it until you prove everything is right,.  Okay, you do whatever you want to do, but I made the opposite decision.

So, let me get this straight: the bible is the inerrant word of god, 100% literally true from beginning to end, except that there are some untrue or contradictory parts deliberately thrown in by god to trip up people who have weak faith, and those people get sent to hell to burn in horrible agony for eternity?

Which only brings up two questions: (1) What kind of person would worship a vindictive and spiteful god who would do such a thing?  And (2) If that's true, how do you tell the wrong parts in the bible from the right ones?

Like I said: I know plenty of reasonable, thoughtful religious folks, in whose lives religion provides context and comfort.  But I find it hard to believe that anyone can listen to the words of people like Duplantis, Copeland, and Hovind, and not immediately say, "Okay, this is bullshit."

But judging from their bank accounts, apparently there are lots of them.
Posted by Gordon Bonnet at 1:49 AM