Sometimes it appears that people only want to learn enough science to (1) sound scientific, and (2) prop up whatever ideas they already believed.

A sterling example came up a couple of days ago, thanks to one Ross MacLeod, who over at the sorely-misnamed Principia Scientific International explains to us why the Stefan-Boltzmann equation proves that there's no such thing as anthropogenic climate change.

The Stefan-Boltzmann equation, named after physicists Josef Stefan and Ludwig Boltzmann, basically says that the power radiated by an object is proportional to the product of its surface area and the fourth power of its temperature in degrees Kelvin.  It's not a hard relationship to comprehend, although it has deep and far-reaching (and difficult) implications for thermodynamics.  In any case, you can see why this equation is of interest to climate scientists, being that the Earth is both absorbing and radiating heat, and the relative rates at which these two happen are responsible for its average temperature.

So anyway, MacLeod quotes a NASA publication on climate, which says the following:


When it comes to climate and climate change, the Earth’s radiation budget is what makes it all happen.  Swathed in its protective blanket of atmospheric gases against the boiling Sun and frigid space, the Earth maintains its life-friendly temperature by reflecting, absorbing, and re-emitting just the right amount of solar radiation. To maintain a certain average global temperature, the Earth must emit as much radiation as it absorbs. If, for example, increasing concentrations of greenhouse gases like carbon dioxide cause Earth to absorb more than it re-radiates, the planet will warm up.

Not really all that controversial, you'd think.  But no, MacLeod implies that the atmosphere isn't keeping us warm, it's keeping us cool by protecting us from the boiling hot inferno of space:


The Sun has a surface temperature of 5778 Kelvin and emits of the order of 63,290,000 Wm-2 over every square metre of the photosphere.  By the inverse square law this staggering power is reduced to ~1368 Wm-2 at the distance the Earth is from the Sun...  A simple Stefan-Boltzmann calculation establishes this radiation power is capable of easily boiling water at Earth’s orbit – ~120 degrees C.  Even as far away as Mars the solar radiation is capable of inducing a temperature of ~319 Kelvin or ~46 degrees C in any object that absorbs significant quantities of it.

He then sneers, "Are the people who write gobbledygook like [the NASA publication] simply too stupid to describe or are they deliberately practicing misinformation to bolster a hypothesis?"

Which sounds like it could have come directly from the Unintentional Irony Department, because he is bolstering his own hypothesis by applying the Stefan-Boltzmann law incorrectly.

As he could have found out by taking a physics class -- or failing that, with a simple Wikipedia search -- in order to correctly calculate the energy budget of the Earth, you have to take into account that the Earth is a sphere.  He applied the law as if the Earth was a flat disk, and (unsurprisingly) got the wrong answer.  If you apply the law correctly, you come up with an average temperature of 6 °C -- so he was not only wrong, he was wrong by a factor of 20.

And yes, you read that right.  A climate change denier who calls the folks at NASA"simply too stupid to describe" apparently thinks that the Earth is flat.

The sad part is that this kind of specious reasoning (if I can even dignify it with that term) convinces people.  Almost no one has the expertise to recognize his argument as wrong on first reading; regrettably few think to check what he's saying against actual science.  All too many people see science-y words ("Ooh!  Stefan-Boltzmann equation!  That sounds complicated!  He must be right.") and swallow the rest of the claim without question. 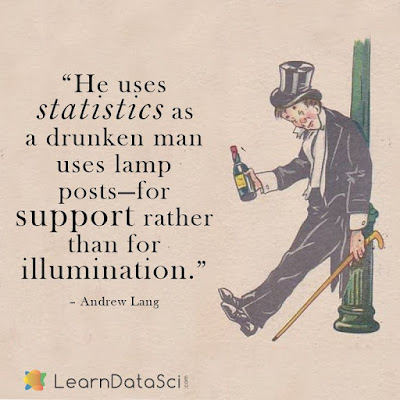 So instead, let's look at some real science, shall we?  Because on the same day that Mr. MacLeod wrote his absurd piece on Flat Earth physics, a paper was published in Nature that shows that the amount of anthropogenic heat energy being dumped into the oceans has doubled since 1997.  Study co-author Jane Lubchenco of the Oregon State University Marine Sciences department said, "These findings have potentially serious consequences for life in the oceans as well as for patterns of ocean circulation, storm tracks and storm intensity."

James Severinghaus, of Scripps Institute of Oceanography, was even more unequivocal: "This study provides real, hard evidence that humans are dramatically heating the planet."

So once again, the climate change deniers are throwing around scientific terms in order to prop up a viewpoint that is contradicted by all of the evidence, and flies in the face of the consensus of nearly 100% of the climate scientists themselves.

Further indication that when it's expedient, a confident-sounding fast-talker can induce people to believe damn near anything.
Posted by Gordon Bonnet at 1:58 AM