That's no moon. It's a space station.

The whole subject of "book reviews" has been much on my mind lately, because being (as well as a blogger) a fiction writer, with several titles to my name on Amazon and Barnes & Noble, I am constantly monitoring my links to see if I've gotten good reviews.  Or bad reviews.  Or any reviews.  Because, let's face it, Brendan Behan was on to something when he said, "There is no such thing as bad publicity."

On the other hand, you have to wonder how accurate reviews really are, and I mean no disrespect to the people who have reviewed my work.  Especially those who have given it five stars.

The subject comes up because I was doing some research for today's post, on a topic suggested by a student, to wit, the conjecture that the Moon is an artificial construct.  It seems like the first serious exploration of the claim was done by Christopher Knight in his 2007 book, Who Built The Moon?, but it has recently come back to light because the cause has been taken up by noted wingnut David Icke in his latest publication, Human Race, Get Off Your Knees: The Lion Sleeps No More.  And no, I'm not making that title up, and I wonder if you had the same reaction as I did when you read it, which is to hear deep voices in the background going, "A wimoweh, a wimoweh, a wimoweh."

Be that as it may, Icke is into the artificial-moon theory in a big way.  Here's a quote from his book:


I had that overwhelming feeling at my computer that the Moon was artificial and was being used to control life on this planet.  It is the Reptilians’ control system.  The placement of the Moon dictates the speed of Earth’s rotation and the angle at which it rotates – 22.5 degrees from vertical.  This angle creates the four seasons because of the way planet faces the Sun during its annual orbit.  The Moon has a major influence on the tides – far more than the Sun – and with the human body consisting of some 70 per cent water it is bound to have a fantastic influence on us, even on that level alone.  The Moon also dictates so much of our relationship with time, and the term ‘month’ is really Moonth, a period based on the cycles of the Moon.  The realisation that the Moon is a gigantic spacecraft is the strand that connects all the rest, not just in relation to Moon anomalies, but also to life on Earth and the conspiracy to enslave humanity.  The fact is that the Reptilians in the Moon and in underground bases on Mars depend on humans and the Earth for food – their very survival.   This is one key reason why they are desperate not to be exposed.  Water and other resources are constantly being taken from this planet to the Moon and Mars and this is not a new phenomena, either.  Ancient Zulu stories say the same.

Well, far be it from me to rely on the findings of science when they're contradicted by "ancient Zulu stories."  Even if it implies that because the human body is 70% water, we experience tides. 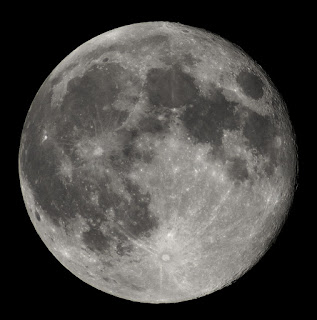 Anyway, Icke goes on like this for 690 pages, talking about how the Moon must be hollow, that it's older than the Earth is, and has "anomalous quantities" of "metals such as brass and mica" (for the non-geologists in the studio audience, let me point out that mica isn't a metal), that particles of metallic iron on the Moon's surface are "mysteriously resistant to rusting" (not a surprise given that rusting is oxidation, a process that is unlikely to occur in a place with no atmosphere), and that the maria ("seas") are places where meteorite collisions resulted in damage, which had to be repaired by the Reptilians using "an artificial cement-like substance."

So anyway, I'm wading through all of this, and just shaking my head, but then I saw the thing that made me shake my head so much I looked like I had a severe disorder of the central nervous system -- that this book has received 110 reviews, of which 74 gave it five stars.  Here are a few selected phrases from these reviews:
All of which makes me, as a teacher of critical thinking, want to weep softly and bang my head on my desk.  However, there is one thought that gives me hope.

Reviews are, by their very nature, a skewed sample.  People who review this book have (one would hope) read it, which means that the presumably huge number of people in this world who would read the book's description, see its price, and then laugh and say "no freakin' way" are already eliminated from the pool.  Only once you have forked over your $25.84 (plus shipping and handling) are you going to be able to review the book, and this speaks to a certain level of, shall we say, credulity right from the starting gate.

So, anyway, I'm trying to be positive, here, which is sometimes difficult.  Wingnuts will always be out there trumpeting their theories; that is, after all, what wingnuts do.  And there will always be a small group of people who think that their nutty ideas make total sense, and I emphasize the words "small group" with every hopeful thought of which I am capable.  For right now, I'll just try to put the whole thing out of my mind, if only to stop the voices in my head from singing, "A wimoweh, a wimoweh, a wimoweh," which is getting a little annoying.
Posted by Gordon Bonnet at 1:53 AM