Yesterday I ran into an interesting example of the fact that a novel idea, explained by a non-scientist, can skew a person's reaction toward thinking it's nonsense.

The topic came up because of an email from a loyal reader of Skeptophilia who sent me a link to the website of one Zen Honeycutt, called Moms Across America, wherein she touts the value of molecular hydrogen as a nutritional supplement.  The email said, in toto, "What the hell?"

And to read what she writes, it seems like woo of the worst kind.  I mean, listen to how she sells this stuff:


Approximately 3.6 billion years ago Molecular Hydrogen served as the original energy source for Primordial cellular life, fueling its metabolic processes and protecting it from the hostile environment of early Earth. Without it, life would not exist.

Which is true in the sense that 99% of the atoms in the universe are hydrogen, and a great proportion of the atoms making up the organic compounds in our body are hydrogen (in fact, they're only outnumbered by carbon).  Add that to the fact that hydrogen is what fuels the nuclear fusion reactions in our Sun, then yeah... I'd say hydrogen is pretty important. 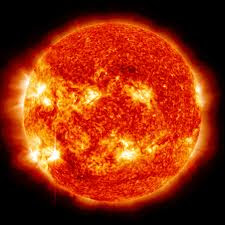 She goes on to say:


Hydrogen is the first and most abundant element in the Universe! Two atoms combine to form hydrogen gas, H2, the smallest and most mobile molecule. This exclusive property gives it greater cellular bioavailability than any other nutrient or nutraceutical. Molecular Hydrogen can rapidly diffuse into cells, mitochondria and fluids throughout the body to deliver its unique and abundant benefits.

And once again, there's truth here, but it's so mixed up that it's misleading.  Hydrogen ions are used as energy carriers in both respiration and photosynthesis, but it's unclear if this is what she's referring to.  And the part about hydrogen diffusing quickly is a pretty dubious selling point.  After all, hydrogen cyanide is also a small, mobile molecule, capable of diffusing rapidly into your cells and your mitochondria.  The problem is, it also blocks cellular respiration, leading to the unfortunate side effect of death.

Then we hear that hydrogen is found in high quantities in "healing waters" and raw foods:


An additional benefit is that Active H2 generates an electron-rich potential (-ORP) in the water (you can measure it!). This rare property is uniquely found in fresh, raw living foods and juices, mothers milk and many of the world’s healing waters.

And that, unfortunately, is just plain nonsense.

So anyway, on and on she goes, sounding like the wooiest woo that ever wooed.  But the ironic part?

This all has some basis in fact, as far-fetched as it sounds.

Shigeo Ohta, of the Department of Biochemistry and Cell Biology at the Nippon School of Medicine, wrote a paper describing research he'd performed on the effects of molecular hydrogen on oxidative stress.  His research, described in "Recent Progress Toward Hydrogen Medicine: Potential of Molecular Hydrogen for Preventive and Therapeutic Applications" in the June 2011 Current Pharmaceutical Design, is described as follows:


Persistent oxidative stress is one of the major causes of most lifestyle-related diseases, cancer and the aging process.  Acute oxidative stress directly causes serious damage to tissues.  Despite the clinical importance of oxidative damage, antioxidants have been of limited therapeutic success.  We have proposed that molecular hydrogen (H2) has potential as a “novel” antioxidant in preventive and therapeutic applications [Ohsawa et al., Nat Med. 2007: 13; 688-94].  H2 has a number of advantages as a potential antioxidant:  H2 rapidly diffuses into tissues and cells, and it is mild enough neither to disturb metabolic redox reactions nor to affect reactive oxygen species (ROS) that function in cell signaling, thereby, there should be little adverse effects of consuming H2.  There are several methods to ingest or consume H2, including inhaling hydrogen gas, drinking H2-dissolved water (hydrogen water), taking a hydrogen bath, injecting H2-dissolved saline (hydrogen saline), dropping hydrogen saline onto the eye, and increasing the production of intestinal H2 by bacteria.  Since the publication of the first H2 paper in Nature Medicine in 2007, the biological effects of H2 have been confirmed by the publication of more than 38 diseases, physiological states and clinical tests in leading biological/medical journals, and several groups have started clinical examinations. Moreover, H2 shows not only effects against oxidative stress, but also various anti-inflammatory and anti-allergic effects. H2 regulates various gene expressions and protein-phosphorylations, though the molecular mechanisms underlying the marked effects of very small amounts of H2 remain elusive.

When I read this, I said, and I quote, "Well, I'll be damned."  Upon doing some digging, I found corroborating papers in the Journal of Oxidative Medicine and Cellular Longevity, Applied Biochemistry and Biotechnology, the Journal of Biomedicine and Environmental Science, and the prestigious Nature Medicine.

Now, it's important to note that the research I read was pretty clear that these were preliminary results, and it is far from certain what positive effects a person might accrue from consuming hydrogen-infused water.  A lot of interesting supplements and medical therapies have turned out, upon further study, not to live up to their promise.  Certainly Zen Honeycutt's enthusiasm seems a little premature.

But what I find most interesting about all of this is how unscientific commentary, blended in with misunderstanding and outright silliness, can blind you to something that actually has scientific merit.  I know that my own reaction, upon reading Honeycutt's website, was "Wow, this is serious bullshit."  And had I dismissed it out of hand because it "sounded silly," that wouldn't have been proper skepticism -- it would have been scoffing at a claim because it didn't fit my preconceived notion of how the world works.

All the more indication that the fundamental rule, when reading anything, is "check your sources."

Especially when it sounds like nonsense at first.
Posted by Gordon Bonnet at 1:59 AM