H. L. Mencken once quipped that "Puritanism [is] the haunting fear that someone, somewhere, may be happy."  We always associate Puritanism with the 17th century, with funny hats with buckles and dark clothing and women in modest dresses -- and the torture and execution of witches.  In other words, as a thing of the past. 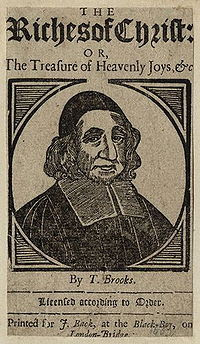 However, there is a deep streak of Puritanism in our culture still.  The simultaneous obsession with and revulsion over sex in the United States is peculiar, to say the least.  You can't go to a mall without being accosted by images of nearly naked models of both genders in places like Victoria's Secret and Abercrombie & Fitch.  Movies and television are full of references to sex, both oblique and overt.  And yet a lot of the time, we alternately act as if sex is shameful or depraved, or as if it simply doesn't exist.

And in no realm does our split attitude show as clearly as in how we educate children about their own bodies.  Any time someone proposes frank, realistic sex education in schools, parents have a meltdown about the erosion of morality in the United States.  As if their children won't become sexually active unless they find out about it in class.  As if there weren't an inverse correlation between teen birth rates and the degree to which birth control, HIV prevention, and general sex education is addressed in the schools.  As if abstinence-only education programs haven't been shown over and over to be completely ineffective at reducing teen pregnancy and the incidence of STDs.

Ignore it and it won't happen, seems to be the usual approach.

Of course, when simply ignoring sex doesn't work, the modern-day Puritans choose instead to go on the offense.  Witness the recent push by lawmakers in Kansas to prosecute teachers who "expose students to material of a sexual nature."

We're not talking about pornography here.  The whole thing got started by Representative Mary Pilcher-Cook, who flipped her frilly white bonnet when she found out that there was a poster displayed in Shawnee Mission High School that had the question, "How do people express their sexual feelings?" and listed "oral sex" as one possibility.  Pilcher-Cook said, in a quote that I am not making up, "Children could have been irreparably harmed by viewing this poster... because it affects their brains."

"State laws should protect parents’ rights to safeguard our children against harmful materials, especially in schools," Pilcher-Cook went on to say.  "The fact that the poster was posted without fear is a problem in and of itself."

Phillip Cosby, head of the American Family Association of Kansas and Missouri, was quick to jump to her defense.  With respect to children finding out about sex, he said, "It’s a tsunami.  And maybe we’re the Dutch boy who’s just putting their finger in the dam."  He went on to say that he can't even watch a Kansas City Royals game with his grandchildren without their seeing a commercial for erectile dysfunction.

So how is that a problem, Mr. Cosby?  When my sons were young, I can see the conversation going this way:

Television commercial:  "See your doctor if you think this medication might help your erectile dysfunction."

Me:  It's a problem some older guys get, where the penis doesn't work as it should.  There's a medication that can help."

Yup.  They'd clearly have been scarred for life.

It isn't that I'm not cognizant of the importance of a child's age with regards to what sort of material they're exposed to.  With sexuality, as with most things, there is a point where children become capable of understanding, and it's not a good idea to push ideas on kids for which they're not emotionally ready.  But we seem to have no particular problem with trusting educators to make those judgments in other realms, do we?

No one is assigning Macbeth to nine-year-olds, for example.

But there's something different about sex, apparently, that makes it taboo at any age.  Instead of being honest with our children about their own bodies, we're teaching them that their feelings and desires are inherently shameful.

I still remember a couple of years ago in my neuroscience class, when we were talking about neurotransmitters.  I brought up endorphin, which is a neurotransmitter associated with pleasurable feelings of all sorts, and I mentioned that endorphin is released in the brain during orgasm.

One student looked a little taken aback.  I asked him what was up.  He said, blushing scarlet, "I've never heard a teacher use that word before."

Why shouldn't we be honest with kids about their bodies as a source of pleasure and as a way to connect with their partners, and not just as a tool for reproduction?  When we take a step past the focus on men and women as baby-making machines, it's usually only to warn students about the risks.  Only rarely do we make any effort to give teenagers a well-rounded view of sexuality.  How do we expect young people to approach sex in a respectful and responsible fashion when we won't even bring up the topic?  And considering the fact that teenagers are usually hyper-focused on sex anyhow, isn't it better to discuss it openly rather than pretend that if we ignore it, it'll go away?

But the undercurrent of Puritanism that still exists in the United States makes it unlikely that such an approach will be realized any time soon.  If we're still at the point when a state legislator wants to have criminal charges levied against a teacher for mentioning oral sex, we have a very long way to go.
Posted by Gordon Bonnet at 2:15 AM