When I started this blog five years ago, I knew that I was gonna get hate mail.  It was inevitable, given my own strong opinions and the nature of the topics I write on.  I try to be as fair as I can, but I have no problem with identifying bullshit as such, and that has the effect of pissing a lot of people off.

The thing that never fails to amaze me, though, is which posts get people stirred up.  I write a post comparing Donald Trump to Hitler, and nary a peep.  And yesterday I get two -- count 'em, two -- vitriolic screeds, one from the post I did in 2013 about the claim that hair is basically extended nerve endings, and the other about the claim I looked at a year earlier that there are giant glass pyramids on the floor of the Atlantic Ocean that collect and focus cosmic ray energy.

The first one lambasted me for not going out and doing a study on the topic myself before criticizing it, despite the fact that the story I was responding to had no evidence presented whatsoever except for an alleged study by someone whose name was changed to protect privacy.  Because, presumably, studying hair is frowned upon by the scientific community and could result in death threats, or something.  The original article was also laced with claims that were demonstrably false (such as that hair "emits electromagnetic energy").  But I guess my pointing this out pasted a target on my chest:


Humans have predators in the natural world...you're trying to say that our primitive ancestors were as lazy and non-attentive as some random douche canoe 'skeptic' on his computer, shovelling Bugles into his mouth in his Family Guy jammie pants?  HA!  No. They slept in fucking trees to stay alive (hence the hypnic jerk) and had to intuit and be aware of their surroundings.

No, what I'm saying is that hair, being dead strands of keratin, are not nerves.  Being that I teach a neuroscience class, I'm well aware that we have sense organs, and the evolutionary origins thereof.


You honestly believe that there is NO WAY somebody with longer hair might be able to sense changes in the wind, movements from other animals around them, foreign predatory energy (as in E=MC squared) approaching?  REALLY?  It makes SO much sense, that it warrants a study, and it should be done.

Actually, if you'll read what I wrote, you'll see that I did say that hair increases skin sensitivity, and that whiskers in many animals function as tactile sensors.  And did you really just say that Einstein's mass/energy equivalence has something to do with picking up "foreign predatory energy?"


You clearly have no fucking CLUE what you're talking about, and that's coming from somebody who actually comes from the scientific community.  Stop trying to play scientist; you're bad at it.  So many of you Atheist/skeptics/whatever say the things you BELIEVE a scientist would say, when they would NEVER say it; you don't have the knowledge to back a claim, and just go around saying something is bullshit because you think it makes you appear intelligent...but something you clearly don't know is that an actual researcher or scientist would know WITHOUT A DOUBT that something was correct or incorrect before saying so.

Cf. my earlier comment about my teaching neuroscience.  Your move. 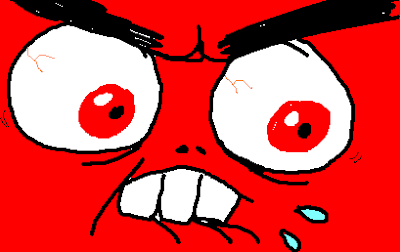 The second one was, if possible, even snarkier.  It began as follows:


The thing that makes me fucking angry about idiots like yourself is that you dismiss stuff you've never seen.

Another quote comes to mind, this one from Delos McKown, to wit: "The invisible and the nonexistent look very much alike."  But point made.  I've never been to the bottom of the Atlantic Ocean.  Do continue.


If something doesn't fit the way you think the world is, you say it doesn't exist, piss on it, and walk away.

It's hard to see how I'd piss on something that doesn't exist.  Even worse, how I'd piss on a nonexistent object that's not at the bottom of the Atlantic.  But all purely mechanical problems aside, I guess I was a little dismissive.


How do you know what the effects of cosmic rays are on the energy of the planet?  You talk like you have proof that pyramids couldn't be channelers of energy, but you can't prove it because you never leave your fucking armchair long enough to do anything but scoff.

I get out of my armchair pretty frequently, actually.  As far as how I know what cosmic rays can and cannot do, I once again feel obliged to point out that I have a degree in physics, teaching certificates in physics, biology, chemistry, and mathematics, and the ability to read.  Those put together give me at least a reasonably good ability to understand actual science.

And another thing: there's this fallacy called "shifting the burden of proof."  If you make an outrageous statement -- such as there being giant glass pyramids in the ocean that focus quantum energy frequency vibrations -- it is not the responsibility of those who say "bullshit" to prove they don't exist.

The pyramid guy ended by saying:


I bet you don't even have the balls to post this comment on your blog.  People like you hate it when you're challenged, because you want to be right without doing any work.  Anyhow, fuck you.

You're right that I'm not posting it, because it is, as you point out, my blog.  (Although I am writing an entire post about it instead, the irony of which does not escape me.)  Let me be plain about this: commenting is a privilege, not a right.  I'm happy to post contrary points-of-view -- not that I enjoy being wrong, mind you, but having new information brought to light is how we learn.  I've more than once printed retractions when I have been dead wrong, an experience which is profoundly humbling but is necessary for honesty's sake.

But it's a little frustrating to be accused of being a shallow-minded scoffer by people who retort with shallow-minded scoffing.  If someone has legitimate science -- not just a screaming post of "it could be so, and you can't prove it isn't" -- I'm happy to listen.

Until then, I'm sticking with my original stance, and don't expect me to rise to the bait and argue with you.  Or even post your comment.  Call me a douche canoe skeptic, but there you are.

In any case: keep those cards and letters coming.  I'm not fond of hate mail, but as Brendan Behan put it, "There's no such thing as bad publicity."  If people are sending hate mail, at least they're reading what I write, and there's nothing wrong with that.
Posted by Gordon Bonnet at 1:52 AM