Yesterday, we looked at how apparently it's impossible for some people to believe that a 79-year-old man in poor health could die in his sleep without there being a sophisticated Black Ops conspiracy to take him out.  Today, we find out that gravitational waves, the recent discovery that vindicated Einstein's Theory of General Relativity, are a sophisticated hoax.

Why would scientists do this, you might ask?  Is it so they can fool us into giving them more grant money?  Is it to put them in contention for a Nobel Prize?  Is it just so they can sit in their labs, surrounded by flasks of brightly-colored liquids, rubbing their hands together and cackling in maniacal glee?

Well, sure.  Of course it's all that.  But there's more.  There's always more, where these people are concerned.

First, we have the claim that the gravitational wave hoax is a clever scheme to convince the gullible public that the Earth is a sphere.  You think I'm making this up?  Watch this video by someone who goes by the handle "Stinky Cash," and which lays the whole thing out plainly.  Or, if you'd prefer not to waste five minutes and thousands of innocent brain cells in your prefrontal cortex, just read the following excerpt:

Unless you were in a coma, or living under a rock, you have heard that scientists have detected gravitational waves, and have proven Einstein right once and for all.  Every single science outlet and news outlet has reported this bullshit throughout the day.  The propaganda machine is working overtime right now.  First you have Reuters and the Associated Press, they wouldn't stop reporting this during the last twenty-four hours, then you had the Washington Post, you got The Wall Street Journal, you got CNN, you got BBC News, you got Fox News, you got MSNBC.  MSNBC and Fox News, reporting the same propaganda!  It's because they're owned and operated by the same people, with the same agendas.  Don't get fooled by that whole conservative/liberal crap.  NBC News, The Telegraph, Al Jazeera, CBS News, ABC News, Discovery News, Newsweek, Gawker, Futurism, even Neil deGrasse Tyson got in on the action today!

Yes, and that's undoubtedly because Tyson is actually an astrophysicist, and knows what he's talking about.  But do go on.

The propaganda machine was in full force today, and this was solely as a reaction to the Flat Earth Movement.  It was a reaction to all of the videos up on YouTube explaining how gravity doesn't exist.

Of course it is.  Because all of the scientists I know decide what to research by looking at YouTube videos uploaded by lunatics, and designing experiments to prove them wrong.


Gravity is a theory, an unproven theory thought up by an occultist to explain away everything that doesn't make sense about living on a spinning ball.  Why you're sticking to the bottom of it and still feel upright.  Why you don't feel the spin, and why you don't fall off this magical ball.  Gravity was invented to explain away all common sense...  Even Einstein knew this relativity thing was a bunch of bullshit.

We then see a quote with Einstein's picture, and attributed to him, saying, "If the facts don't fit the theory, change the facts," which apparently there's reason to believe that either was (1) Einstein being sarcastic about scientific fraudsters, or (2) something he never said in the first place.  But you know how that goes. 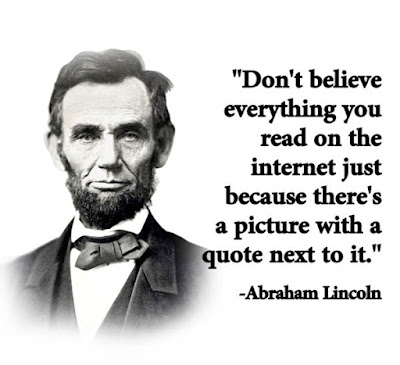 But Stinky Cash is far from done yet:


These people are in serious damage control mode.  Let's look at this quote from Stephen Hawking about why gravity is so important to them.  Because every lie in the scientific community -- or I should say, the pseudoscientific community -- every lie in the community has one agenda, and this is what it comes down to:  "Because there is a law such as gravity, the universe can and will create itself from nothing."  Is the agenda becoming more clear?  All of the lies coming out of the scientific community have one agenda, and that's removing god from creation.  Gravity is the false god of this false science.

Righty-o.  Let's move on, shall we?  Because if you thought that the Flat Earthers are the only ones who have a problem with gravitational waves, you are sorely mistaken.


LIGO Detects Gravitational Waves using blind injection simulation which means it is basically a hoax or false flag...  People need to understand if they cannot make it they fake it. 100 years the best research labs could not confirm the assumption so they just fake it.

There was a massive preparation for this with Hawkins [sic] doing special lectures and hinting he is going to get a Noble [sic] Prize (you see the narrative), its [sic] all showbiz.

Astrophysics needs to be rescued. (I have never seen so much inferences made from so little data!) 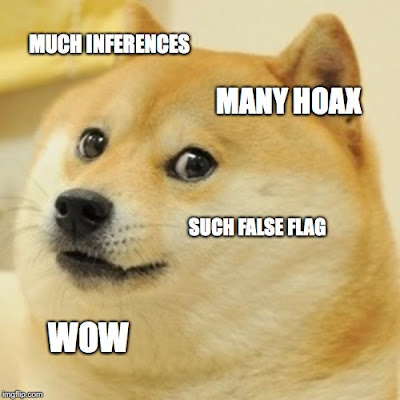 Then, we had the scientists themselves positing that the whole thing might be the work of an evil genius.  UCLA physicist and LIGO collaborator Alain Weinstein said the following in an interview with Gizmodo:

An evil genius is, by definition, smarter than we are.  We cannot rule out the evil genius hypothesis because we’re not smart enough.

We thought very hard about this, and concluded that we didn’t know how to do it.  So anyone who did do it had to be smarter than us.

Can't argue with that kind of logic.  And although I'll point out that Weinstein was making a joke, the conspiracy theorists -- who are kind of notorious for not getting humor -- will immediately go, "AHA!  The scientists have let the truth slip!  We're on to them now!"

So there you have it.  The thrilling announcement about gravitational waves a couple of weeks ago is just another in a long series of scientific hoaxes, conspiracies, and general screw-ups.  I'm disappointed, honestly.  Not in the scientists, who are doing phenomenal work, and richly deserve either a Nobel or a Noble Prize, whichever they end up winning.  I'm disappointed in the conspiracy theorists, who really need to come up with some new tropes.  Because everything can't be a false flag, you know?  Eventually something has to be the truth.  Even if it's the idea that gravity is real, and is what is holding us down to the surface of the Earth right now.  It'd have to be a pretty fucking huge false flag to distract us from that.
Posted by Gordon Bonnet at 4:07 AM