Can I suggest that now, in the midst of the Information Age, there are certain questions you might ask and arguments you might make that are tantamount to shouting, "Hey, everyone, look at me!  I'm extremely stupid!"

The issue comes up, predictably enough, because of Rush Limbaugh, who felt he had to weigh in on last week's incident at the Cincinnati Zoo.  You probably have heard about it; a child got away from his mother and fell into the gorilla enclosure, and when Harambe the gorilla grabbed the child, zoo workers shot and killed the gorilla.  (The child, fortunately, was unharmed.)

Limbaugh approached the issue in his signature bombastic style.  "There’s no way human beings are going to not be interested in animals," Limbaugh told his listeners.  "Gawking at them.  Out on safari, hunting them...  But we have PETA activists who oppose the capture of animals because they obviously have not read Genesis." 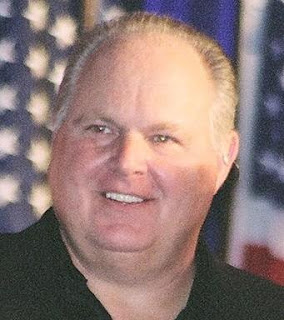 And because apparently that wasn't loony enough, Limbaugh went on to say, "Then we have the evolution crowd who are searching for a missing link.  They think we were originally apes, right?  If we were the original apes, then how come Harambe is still an ape?  And how come he didn’t become one of us?"

Okay.  Two things.  First, an individual animal evolving into a member of a different species does not happen in real life.  You're thinking of Pokémon.  Second, "if we came from apes, why are there still apes?" is as sensible as if I said, "My ancestors came from France.  Why are there still French people?"

So I would vote for the "if we came from monkeys, why are there still monkeys?" question as the first on our list of statements that are equivalent to saying, "I am a complete moron who is incapable of reading a Wikipedia article."  Here are a few others:

There.  That's enough for a start.  I mean, I'm not averse to discussing science, or even speculation and scientific misconceptions, but the above-mentioned have been dealt with so many times, in so many places, that anyone saying them is not only very likely to be stupid, but lazy as well.

So thanks to Rush Limbaugh for once again affording me the opportunity to highlight a particularly annoying form of idiocy.  I suppose I should be glad for people like him; at least they keep Skeptophilia in business.
Posted by Gordon Bonnet at 2:05 AM