I would like, just once, to be able to read the news without being outraged.

Lately that wish has been a losing proposition.  Every other news story these days provides enough material to fuel thermonuclear-level fury in anyone who has a shred of sensibility and compassion.  It's reached the point where I'm thinking of avoiding the news altogether.  It seems preferable to remain ignorant than dying of a self-induced aneurysm.

Today's contribution from the Fountains of Rage Department hearkens back to the story of Brock Turner, the Stanford student who raped an unconscious woman behind a dumpster and got a slap-on-the-wrist six month jail sentence.  To add to the injustice, Turner's father and friends rose to his defense, never once mentioning the victim; the father expressed grief over his son's having to pay such a price for "twenty minutes of action."

At least in this case the victim found her voice, writing a letter to her attacker that was so poignant and powerful that it brought me to tears.  The judge in the case, Aaron Persky, has been the target of a well-deserved backlash because of his caving to white male privilege and victim blaming, and in fact was removed from another sexual assault case by Santa Clara county district attorney Jeff Rosen. "After ... the recent turn of events, we lack confidence that Judge Persky can fairly participate in this upcoming hearing in which a male nurse sexually assaulted an anesthetized female patient," Rosen said.

Well, yeah.  And it'd be nice if this kind of retribution were served around more generally.  Instead, we have two news stories that illustrate that even this level of justice is far from the rule.

First, we have a case in England where a wealthy Eton student who was found in possession of 1,185 images of child pornography was allowed to be tried under a false name in order to "protect his family's reputation."  In addition, he received no jail time -- he was given an eighteen-month suspended sentence.

The student, who was tried under the name of Andrew Picard, would probably have remained comfortably anonymous if it hadn't been for an article in The Daily Mirror that slipped up and revealed his true identity as Andrew Boeckman, son of Phillip J. Boeckman, a wealthy lawyer whose clients have included Goldman Sachs and J. P. Morgan.  The article vanished from the internet -- "mysteriously," says Summer Winterbottom in Evolve Politics -- but is still available in a cached copy, the link to which is in the article cited above. 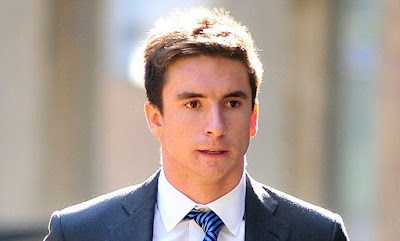 The judge in the case, Peter Ross, seemed more sympathetic with Boeckman and his family than he did with the victims, some of whom were toddlers.  "Your family didn’t deserve that (suffering) but it is a consequence of this sort of offending," Ross said during the trial.  "Inevitably your privileged background and where you were going to school added a degree of frisson to the reporting."

Story #2 comes from my home state of New York, where a bill to help the survivors of child abuse was killed in the State Assembly by passing the deadline without coming to a vote.  The bill, sponsored by Assemblywoman Margaret Markey, would have increased the time a sexual abuse case could be pursued by five years, created a six-month window to revive old cases, and treated public and private entities identically in cases of sexual abuse.  The Assembly, however, saw fit to let the bill fail rather than allowing it to come to a vote.

Angry yet?  Just wait.  Because Catholic League President Bill Donohue crowed about the demise of the Child Victims Act, saying that Markey is a "principle enemy of the church" and that the act was a "sham."

Then he made the following statement, which I had to read three times before I could honestly believe my eyes: "This was a vindictive bill pushed by lawyers and activists out to rape the Catholic Church."

I beg your pardon?  Curious choice of words, given that what you're gloating about is protecting rapists.  But not content even with that outrageous statement, Donohue had the following to say in addition:


If the statute of limitations were lifted on offenses involving the sexual abuse of minors, the only winners would be greedy and bigoted lawyers out to line their pockets in a rash of settlements.  The big losers would be the poor, about whom the attorneys and activists care little: When money is funneled from parishioners to lawyers, services to the needy suffer.  The Catholic League is proud of its role in this victory.

How about the "big losers" now, who are the victims of predators who use their position of power and authority to inflict harm on children?   Donohue, and the members of the New York State Assembly who were complicit in this decision, have chosen to protect a powerful and wealthy institution rather than giving aid to the victims of sexual abuse. 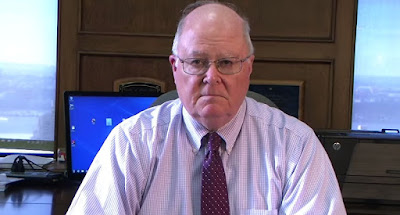 But that's what people like Donohue, and British Judge Peter Ross, and California Judge Aaron Persky excel at; swiveling the blame around so that the victims become somehow culpable in their own injury.

The bottom line is that no institution, family, or individual should be above the law, regardless of their wealth, power, or self-perception of holiness.  The first priority in these cases should be the welfare of the victims, and seeking justice for the damage that has been inflicted upon them.  And the fact that people like Ross, Persky, and Donohue are in a position to deflect our attention from that priority makes them guilty of perpetuating a culture in which rape victims, however young, are to blame for their own suffering.
Posted by Gordon Bonnet at 2:00 AM