Given the way science is presented in the media, it's no wonder a lot of average laypeople have the impression that scientists don't know what the hell they're doing.

The situation is worst, I think, with respect to health research.  I hear students say it all the time:  "Meh, everything causes cancer."  "Doesn't matter, if they say it causes heart disease today, tomorrow they'll say it won't."  Some of it, of course, is wishful thinking on the part of people would like to live on bacon double cheeseburgers with no impact on their fitness, but a lot of it comes from the way medical research is reported.

Take, for example, the article in The Independent a couple of days ago, "Very Hot Drinks 'Probably' Cause Cancer, UN Says."  Starting with the quotation marks around "probably," which I'm guessing were supposed to indicate that the word was a direct quote from the paper, but comes off sounding dubious.  But worse, take a look at how the research was reported:


The World Health Organisation is due to make a number of announcements today on health concerns and benefits of drinking hot beverages such as coffee.  In 1991, the IARC announced coffee "possibly caused cancer."  However, the health body is expected to revise that today to suggest other than concerns over temperature, there is insufficient evidence to say coffee itself causes cancer...  It is believed the temperature, rather than the substance of the drinks, causes cancer of the oesophagus and becomes a risk once beverages have a temperature above 65 C, AFP reports.  The announcement follows a review of more than 1,000 scientific studies on whether there is a link between coffee and cancer, conducted by the International Agency for Research on Cancer (IARC).

The impression you get is that the researchers were convinced that coffee was a carcinogen, and now they're saying no, it's not, but hot beverages in general are bad.  Only toward the end of the article do you find out that almost no one drinks beverages at temperatures above 65 C, because that's scald-the-mouth territory.  And the 65+ C liquid would have to still be at that temperature by the time it hits your esophagus (owie) in order to boost your risk of esophageal cancer. 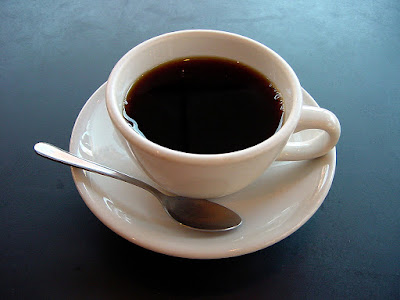 So in fact, the research is indicating that almost no one is going to see an increase in cancer incidence from drinking hot beverages, which is exactly the opposite of what most of the article leads you to believe.  In fact, the article doesn't even mention the central issue -- that the problem isn't the temperature, it's the repeated tissue damage and resultant inflammation.  Research has shown that anything that causes chronic inflammation of the esophagus will increase the risk of cancer -- thus the connection between gastro-esophageal reflux disorder and cancer.

Of course, that's not the impression you get from a quick reading of the article, and especially not if all you did was read the headline (which I think is sadly common).  A less-than-careful perusal makes you come away with the idea that you're going to get cancer from sipping your nice cup of hot cocoa -- which is clearly not true.

No wonder people get the impression that the medical researchers, and scientists in general, don't know what they're doing.

I know everyone doesn't have a background in science, so I'm not expecting that the average person is going to read and thoroughly understand an academic paper on cancer research.  So it really is up to the media to make sure they're communicating correctly the gist of what's been found -- and this article in The Independent illustrates that the tendency is to do a pretty piss-poor job.
Posted by Gordon Bonnet at 1:56 AM