Go to the source

One of the many things I harp on with my students is "check your sources."

And "check your sources" doesn't mean the same thing as "cite your sources."  A bullshit citation written up in perfect MLA format, every comma, parenthesis, and colon in place, is still a bullshit citation.  There is no substitute for doing the legwork of making certain that the information you're using comes from a reputable source.

Which brings us, predictably enough, to Natural News.

Natural News has hidden for years under the façade of being a healthy-lifestyle site.  The 10% of their articles that are about better diet and regular exercise as a way of increasing vitality and longevity, however, are drowned beneath piles of nonsense of the worst sort, including anti-vaxx rhetoric, homeopathy, "toxin cleanses," and conspiracy theories about how the scientific world is an evil empire bent on ruining human health permanently.  Here's a sampler of their most-viewed articles as of today:

So it's not surprising that you won't find anything from Natural News in a peer-reviewed science journal, and it's not because there's a big conspiracy to keep their discoveries from becoming known. 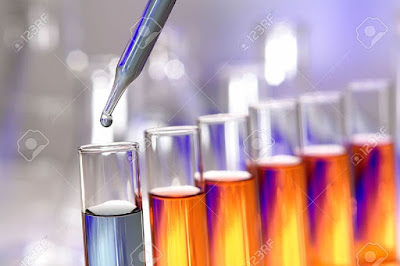 But if there's one thing that Mike "The Health Ranger" Adams and his cadre of loons over at Natural News excel at, it's marketing.  They know how to push their ideas into social media, giving it all a nice glossy veneer of respectability, duping the desperate, gullible, and scientifically illiterate into buying what they're selling.  However, they haven't been able to make any inroads into the world of actual scientific research, which is why...

... they are starting their own science journal.

Called the Natural Science Journal, the idea is to make an end run around all of the legitimate checks-and-balances that keep outright bullshit from making its way into print.  Here's a bit from their press release:


In a world where nearly all so-called "science" is actually little more than corporate fraud and government malfeasance, nearly all mainstream science journals have been taken over by pharmaceutical and biotech interests.  As a result, they destroy and suppress human knowledge rather than expanding it.

All the big science journals -- Nature, The British Medical Journal, The Lancet and so on -- function almost entirely as science prostitutes for corporate interests, spewing out a vomitous cascade of fraudulent, industry ghostwritten "doctored" studies that the industry pretends represent real science.  This sad, filthy corruption of science harms the reputation of science itself and detracts from the valuable expansion of knowledge that can be achieved when science is practiced in the interests of humanity rather than corporate profits.

Which is mighty convenient, given that most of what peer-reviewed science has shown directly contradicts everything that Mike Adams and his crew believe.

And I feel obliged to mention that he really needs to lay off the "bold" typeface.

Adams is adamant that he is fostering actual research:


Please note that this journal is a hard sciences journal, meaning we seek scientific papers based on hard analytics in chemistry, physics, botany and so on. This is not a journal for philosophy or thought experiments that cannot be proven through hard experimental data.

So he's asking for submissions about the following topics:
But don't worry, they're not biased at all.

Look, I know science isn't perfect.  Scientists (like all of us) have their biases, peer review sometimes misses mistakes (and occasionally outright fraud), the money motive drives research to an unfortunate degree, and so on.  But it is still by far the best tool we have for understanding the universe, including ourselves and how our own bodies work.  The idea that Adams has created his own "journal" simply because he doesn't like the fact that scientific research doesn't support what he believes isn't an indication of a failure of science.

It simply means that Adams is wrong.

My fear, though, is that given Natural Science Journal's neutral-sounding name, and its cursory nod in the direction of peer review, it will be taken seriously.  And then it'll be even harder to deal with the unscientific hogwash Adams and his ilk put out.
Posted by Gordon Bonnet at 2:10 AM