It's time we all make a commitment to the truth.

I am sick unto death of people trying to score political points by spreading around falsehoods on the internet.  With the access to technology most of us have, it usually takes less than five minutes to check on the veracity of what you're about to post before you post it.  Instead, people seem content to spread around bullshit that conforms to their preconceived notions, whether or not it's true.

This is inexcusable.  And it needs to stop.

And yes, it's both sides of the political aisle that are guilty of this.  Let's start with this one, that was making the rounds a few months ago: 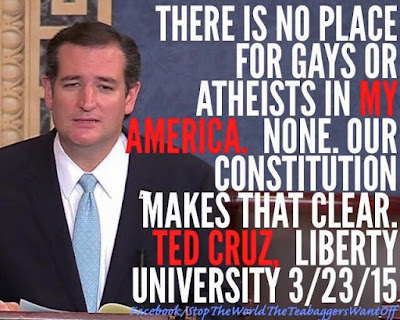 Ted Cruz never said that.  Snopes has a link to a transcript of the entire speech he made at Liberty University on the 23rd of March, 2015.  That line appears nowhere.

The worst part?  When I told the person who posted this that it was fake, his response was, "Yes, but I'm sure he believes it.  He could have said it."

You know what?  I don't give a flying fuck what Ted Cruz, or anyone else, could have said.  The fact, is, he didn't say it.  Claiming that he did is a lie.  Don't try to tell me that the truth doesn't matter.

Next up, Elizabeth Warren: 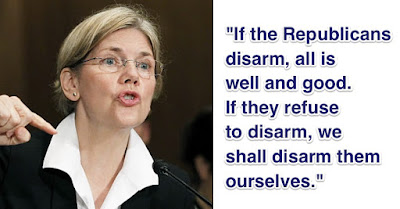 That's another big nope.  Snopes says it's "unproven," but adds, "We were unable to locate any interviews, footage, clips, tweets, or other instances in which Elizabeth Warren said anything remotely resembling the phrase quoted above."

There's this one, attributed to Mitt Romney: 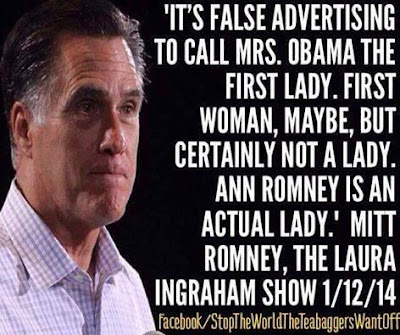 Not only did Romney not say that, Laura Ingraham didn't air a show on that date, and Romney was not her guest at any time in early 2014. 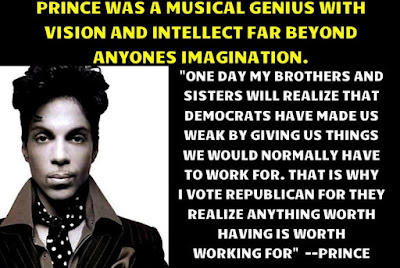 This one started making the rounds right after Prince died, so he conveniently couldn't say "I never said that."  Fortunately, Snopes did.

How about this one, trying to discredit Donald Trump: 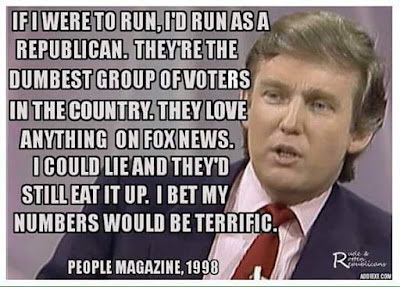 The people at FactCheck.org researched this one exhaustively.  Trump never said any such thing, not in 1998 or any other year.

Most appallingly, there's this one: 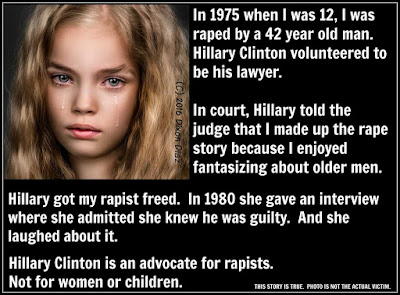 No, sorry for those of you who'd like to believe this; Hillary Clinton is not an "advocate for rapists."  In 1975 she was a defense attorney.  Do you know what a defense attorney's job is?  Go ahead, I'll wait while you look it up.

The truth is that Clinton was appointed to defend the accused rapist, Tom Taylor, and according to the chief prosecutor, Mahlon Gibson, "Hillary told me she didn’t want to take that case, she made that very clear."  Snopes goes on to say:


As for the claim that Hillary Clinton "knew the defendant was guilty," she couldn't possibly have known that unless she were present when the incident in question occurred.  Even if she surmised that the defendant was likely guilty based upon the evidence and/or his statements, she was obliged to operate under the rules of the U.S. legal system, which assume the accused to be innocent until proved guilty.

And so on and so forth.

You know what?  I don't honestly care what political party you belong to, whether you're liberal or conservative or something else entirely.  I don't care who you're planning to vote for next November, or if you're sick of the whole shebang and decide to stay home.

But I do care about the truth.  So for all of you people with the fast-forward-finger out there; take five damn minutes and check to see if what you're posting is true before you post it.  If posting stupid stuff politicians do and say gets you off, then there's certainly enough to choose from without spreading around outright falsehoods.   You are helping nothing, and proving nothing, by circulating bullshit because it lines up with what you'd like to be true.

What you're doing is making yourself complicit in a lie.
Posted by Gordon Bonnet at 1:54 AM