The universality of prejudice

One of the most insidious of biases is the perception that you are not biased.

Of course everyone else has their blind spots, their misapprehensions, their unquestioned assumptions about the world.  You, on the other hand?  You see the world through these perfectly clear lenses.  As Kathryn Schulz put it in her phenomenal TED Talk "On Being Wrong," "Of course we all accept that we're fallible, that we make mistakes in the abstract sense.  But try to think of one thing, one single thing, that you're wrong about now?  You can't do it."

Social psychologists Mark Brandt (of Tilburg University in the Netherlands) and Jarret Crawford (of the College of New Jersey) published a study this week in the journal Social Psychological and Personality Science that delivers a death blow to this perception, and underscores the fact that none of us are free from prejudice.  Our sense that prejudice is the bailiwick of the unintelligent turns out to be less than a half truth.  Your level of cognitive ability doesn't predict whether or not you're prejudiced -- it only predicts the sorts of things you're likely to be prejudiced about.

Through an analysis of survey data from 5,914 people in the United States, Brandt and Crawford drew conclusions that should give all of us pause.  Their results, which seem to be robust, indicate that people of low cognitive ability (as assessed by a test of verbal ability) tend to express prejudice toward groups perceived as liberal or unconventional (such as gays and atheists) and also groups for which membership is not a choice (such as ethnic minorities).  People of high cognitive ability are not less prejudiced, they simply show the opposite pattern -- showing prejudice toward groups perceived as conservative or conventional, and for which membership is by choice (such as Christians, Republicans, the military, and big business).

"There are a variety of belief systems and personality traits that people often think protect them from expressing prejudice," Brandt explains.  "In our prior work we found that people high and low in the personality trait of openness to experience show very consistent links between seeing a group as ‘different from us’ and expressing prejudice towards that group.  The same appears to be true for cognitive ability. 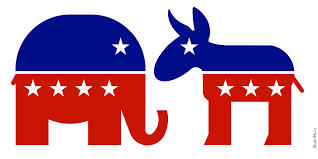 It's a finding that's well worth keeping in mind.  The key seems to be not in eliminating prejudice (a goal that is probably impossible) but in placing our prejudices out in the open where we can keep an eye on them.  If I (for example) have the inclination to believe that Democrats are wishy-washy bleeding hearts who don't give a rat's ass about national security, it's important for me to keep that bias in my conscious mind -- and to listen more carefully to Democrats when they speak, because I'm more likely to let my assumptions do the thinking for me.

Even more critical, though, is to keep biases in mind when you're listening to someone you're inclined to agree with.  If, on the other hand, you're prone to thinking that Democrat = correct, be on your guard, because that assumption of righteousness is going to blind you to what you're actually being told.  How many times have we given a pass to someone who has turned out to be spouting nonsense, simply because (s)he belongs to the same political party, religion, or ethnic group as we do?

The bottom line is, be aware of your biases, and don't be afraid to challenge them.  Keep your brain turned on.  The human mind is rife with prejudice, unquestioned assumptions, and sloppy thinking, and that's not just true of the people you disagree with.  It's all of us, all of the time.  The best thinkers aren't the ones who expunge all such mental murk from their brains; they're just the ones who are the most determined to question their own mental set rather than assuming that it must be right about everything.
Posted by Gordon Bonnet at 2:53 AM