A win for the scientists

Some days, we all need some good news, and I got mine when I heard over on Patheos that the CEO of a public school district has ordered their science faculty to stop using creationist materials for teaching biology and geology.

Of course, the fact that they were doing this in the first place is kind of appalling.  According to Zack Kopplin, who has been crusading since he was a teenager for teaching actual science in science classes:


A curriculum map… recommends teachers in this public school district show a creationist video, Cambrian Fossils and the Creation of Species, as part of 10th-grade science education.  The video claims that the Cambrian Explosion “totally invalidates the theory of evolution.”  The Cambrian Explosion was a time period, nearly 550 million years ago, where, over the next tens of millions of years, the number of species on Earth experienced a (relatively) rapid expansion by evolutionary standards.  Christian creationists regularly point to this explosion of life as evidence for creation by God and against evolution.

Which is using one of the strongest pieces of evidence from the fossil record for evolution as evidence against evolution.  It's as if you used the fact that there are different constellations in the Southern Hemisphere than in the Northern Hemisphere as evidence that the Earth was flat.

Oh, wait, there are people who do that.  Never mind. 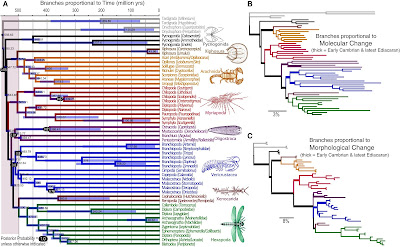 Anyhow, Krish Mohip, the new CEO of Youngstown (Ohio) City Schools, has put a stop to this nonsense.  He has mandated that Youngstown, just like every other public school district in Ohio, has to use curricula consistent with the Ohio State Science Standards, which mention the words "evolution" and "evolutionary" almost fifty times, and (surprise!) never mention "creation," "creationism," or "intelligent design" at all.  Mohip doesn't pull any punches.  In his memo, he says that "beginning this 2016-2017 school year any reference to intelligent design, creationism, or any like concepts are eliminated from the science curriculum."

Which is exactly as it should be.  Materials from the Discovery Institute, such as the video Darwin's Dilemma, have no place in the public school.  They are religious indoctrination, pure and simple, claiming that there is a controversy where no controversy -- among the scientists, at least -- exists.

However, I'm sure that this will just open up more fun lawsuits from aggrieved hyper-Christians who think that the bible needs to be the basis of science classes throughout the nation.  They're not nearly defeated yet, considering the borderline white supremacist history texts being adopted statewide in Texas, which make it look like the Founding Fathers copied the Constitution straight from the bible, and the Native Americans and African slaves were just thrilled to pieces to be taught about the American Way by the white settlers.

So it's not that I think the war is over, but at least this particular battle is won, thanks to a forward-thinking CEO who actually cares whether the students in his district come away understanding how science works.  And at the moment, I'll take all the good news I can get.
Posted by Gordon Bonnet at 2:07 AM