An argument over mosquitoes

I broke one of my own cardinal rules a couple of days ago, which is: never argue with strangers on the internet.  This activity is the very definition of futility -- I defy you to cite one example of someone being talked out of a previously-held opinion through a war of words on Facebook.

This particular go-round of vitriol was over the role of the Zika virus in the microcephaly cases in Brazil.  The woman who got my ire up claimed that the combination of irresponsible mainstream media and the outright evil of Monsanto et al. had conspired to pull the wool over our eyes; the actual culprit for the birth defects was a mosquito larvicide called pyriproxyfen.  As support, she cited an article in the Tech Times, because apparently that's not mainstream media.

Before giving up and saying "whatever" (which I did in short order), I referred to several peer-reviewed studies that have established a pretty firm causal link between the virus and microcephaly.  The New England Journal of Medicine published a case study in August 2016 of a microcephalic baby who was Zika-positive at birth and in fact continued to shed the virus for 67 days; three separate studies (outlined and cited in an article in Science from May of this year) demonstrated that Zika infection causes microcephaly and other neurological birth defects in rat fetuses; and a thorough analysis of the available evidence (also from NEJM) concluded that the criteria for establishing a causal relationship had been met.  The authors write:

Add to this the fact that the connection to pyriproxyfen was thoroughly smashed by David Gorski over in the wonderful blog Respectful Insolence, and I think if you approach the question without bias, there's no other conclusion you can reach. 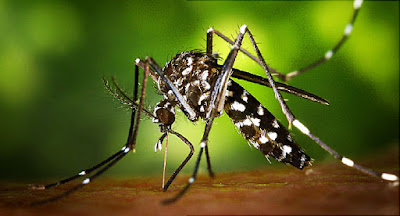 On the other hand, if you assume your own conclusion, there's not a whole lot logic can do for you.  The individual I was doing battle with pulled out the argumentum ad Monsantum, claiming that Monsanto was involved (Monsanto being the stand-in here for "Satan"), even though Monsanto doesn't manufacture pyriproxyfen -- a Japanese company called Sumitomo does.  But Sumitomo is "a Japanese strategic partner to Monsanto," so there you are.  Satan by association.

The funny thing is, I don't have a dog in this race.  If the birth defects had been caused by a pesticide, I would have no problem saying so.  While I think that pulling out the word "Monsanto" is kind of a cheap trick, I certainly am not of the opinion that they're squeaky-clean.

But I think the preponderance of evidence supports Zika as a cause of the birth defects.  I asked (sort of as a parting shot) if my erstwhile adversary had read any of the peer-reviewed studies, and she didn't respond, which I'm taking either as a "no" or as a way of saying "fuck you."  In any case, once you start thinking this way, peer-reviewed studies aren't going to convince you, because you're just one step from claiming that the authors of the studies are shills for the pesticide company.

Which I hope I've finally learned.  I really shouldn't take the bait, but the combative side of my personality (never very deeply buried) just can't stand to let things lie. 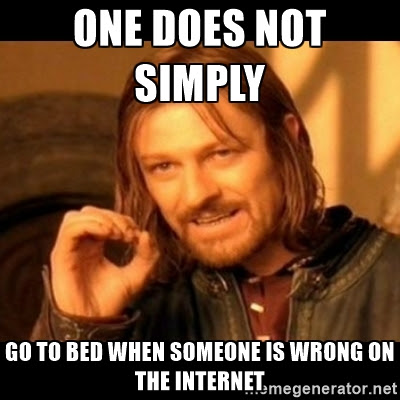 Anyhow, I've said my piece on this topic, and I'm really done.

At least until someone claims that I'm a shill for Monsanto.  Because them's fightin' words.
Posted by Gordon Bonnet at 2:18 AM