I have an update for those of you who are worried about when the world is going to end, or civilization is going to fall, which honestly would happen anyhow if the world ended.

This update comes from sources that conveniently ignore the fact that previous predictions of the world's end have had a 100% failure rate.  Every time we're told that an asteroid is going to end it all, or the Rapture is going to happen, or the Four Apocalyptic Horsepersons are going to run roughshod over the populace, what happens is...

... nothing.  Civilization, or what passes for it these days, just keeps bumbling along as usual.  There are no death comets, no killer plagues, no Second Comings of Deities.  All of which I find reassuring but at the same time vaguely disappointing, because I live in the middle of rural upstate New York and we could really use some excitement around here most days.

Of course, a batting average of zero isn't enough to discourage these folks.  This time it's gonna happen, cross our hearts and hope to die in horrible agony when the Earth explodes.

First, we have the Nibiru cadre, who have been predicting the arrival of Nibiru for decades, kind of like what happened in Waiting for Guffman but not nearly as funny.  This time, though, we can say for sure that Nibiru is approaching because there's going to be a "Blood Moon" (better known to those of us who aren't insane as a lunar eclipse).  Yes, I know that lunar eclipses happen every year, but this one is different.  Don't ask me how.

According to an article in Express, the fabled tenth planet is due to arrive any time now, and has been captured in a video.  Not a NASA video, mind you.  A video taken by an anonymous YouTube subscriber, which as we all know is a highly reliable source of scientific research.

"And now," writes the author of the article, Jon Austin, "conspiracy theorists have somehow tied it in with the infamous blood moon events of a year ago that appears [sic] to be happening again."

What?  Those events of last year wherein nothing happened?  Ah, yes, I remember thinking at the time, "Heaven help us all if this happens again!  Scariest non-events I've ever seen!"

According to this bizarre view of how the world in general, and astronomy in particular, works, the "blood moons" aren't caused by the Earth's shadow.  Nope.  The Nibiroonies have "now tried to tie together the two myths and even claim it is the shadow of Nibiru causing the blood moons."

Because it's not like if there was a planet near enough, and big enough, to cast a giant shadow over the moon, NASA would notice it, or anything. 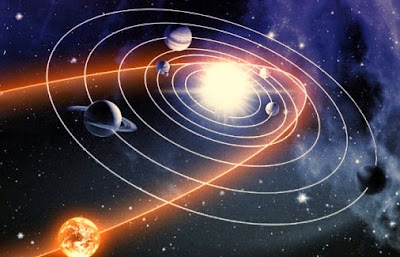 Then we have the revelation that Obama and his evil henchmen are planning a scheme to destroy America and take down other major world governments along with it.  According to the site What Does It Mean?, the president and his collaborators have a Cunning Plan to unleash upon us, despite the fact that the guy only has five months left in office, so if he really has been intending to destroy the United States, he's gotten off to an awfully slow start.

But no, the article says, he's palling up with Hillary Clinton, who apparently rivals Obama himself for being the embodiment of pure evil.  And they've teamed up with the people who run Google for a conspiracy trifecta to accomplish the following:

1.) [D]isabling of advertisements on all websites critical of the Obama-Clinton regime, including the globally popular Antiwar.com, in order to destroy them.

2.) Deleting Donald Trump from the search list of candidates running for the US presidency.

3.) Developing and employing a filter so that the name Donald Trump won’t even show up on anyone’s computer device or smart phone.

4.) Hiding in their search results information relating to Hillary Clinton’s health and the massive numbers of suspicions deaths associated with her.

5.) Being supported in their hiding Hillary Clinton health information by the New York Times, with one of their insiders admitting what they’re doing.

Myself, I would be thrilled if something would prevent my ever having to look at a photograph of Donald Trump again.  If that's what the conspiracy's about, I'm all for it.

And as evidence for all of this, they cite...

... InfoWars.  Yes, Alex Jones, who despite having a screw loose is still considered by some to have inside information about the plots that are running rampant in our government, but which never seem to accomplish a damn thing.

It's sort of like the "Obama's coming for your guns" thing you hear all the time from the far-right.  I mean, dude had eight years to take all our guns, and as a nation we're still as heavily armed as ever.  And the contentions that Obama's a radical Muslim.  Really?  He drinks beer, eats bacon, doesn't fast during Ramadan, and supports LGBT rights.  If the guy is a Muslim, he's the worst Muslim ever.

Last, we've got the weird coincidence of three separate lightning strikes that killed hundreds of reindeer (in Norway) and cattle (in the US), and which is said to be HAARP gearing up for a major strike on the populated places of the earth.  Add this to the fact that there's a hurricane in Florida as we speak, because that's not common or anything.  HAARP has done all this as a sort of test run, and next thing we know, there'll be earthquakes, tsunamis, tornadoes, volcanic eruptions, and the works, and civilization will have no other choice besides giving up and collapsing.

What's funniest about all of this is that just last week, the University of Alaska - Fairbanks, which now owns HAARP, had an open house last week wherein they invited anyone with questions or suspicions to stop by for a tour of the place so they can see what it actually does, which is to study high-altitude atmospheric phenomena.  I coulda told them this strategy wouldn't work; if you demonstrate conclusively to the conspiracy theorists that HAARP was a harmless scientific study facility, they will either (1) tell you that the real HAARP had been moved elsewhere, or (2) that you are only saying this because you are under the influence of a mind-control beam, which is one of the things HAARP is supposedly able to do.  So you can't win.  These are people who think a lack of evidence is evidence.

Anyhow, there you have it.  Three ways in which we will almost certainly not be meeting the fall of civilization as we know it.  It's kind of anticlimactic, really.  We're moving into autumn, here in the northeast.  School's starting, the days are getting shorter, and we soon will be battening down the hatches for cold weather.  Myself, I think an apocalypse would be a nice change of pace.  I'm not in favor of wholesale destruction, mind you, but a minor catastrophe or two would go a long way toward alleviating the monotony.
Posted by Gordon Bonnet at 3:50 AM