Yesterday's post about people who are fact-resistant is an easy segue into today's topic, which is: a viral post I've now seen at least a half-dozen times on social media that claims that there's RoundUp in vaccines.

The article, written by one Catherine J. Frompovich, starts with the following:

Which, in my opinion, is a phrase that means, "Nothing important has happened."  Every time we hear that there's an ABSOLUTE BOMBSHELL that's going to (1) destroy Hillary Clinton, (2) destroy Donald Trump, (3) expose the lies of Big Pharma, or (4) cause a devastating scandal in Congress, we wait breathlessly...

Of course, the people making the claim have an explanation for that; the "MSM" (Mainstream Media), who in this worldview is second only to "Big Pharma" as a stand-in for Satan himself, has covered the whole thing up.

In this case, we find out that a research scientist named Anthony Samsel has discovered traces of glyphosate (better known under its trade name as the herbicide RoundUp) in vaccines.  Then we're given the following alarming information:


In high school chemistry aren’t students taught the importance of chemical interactions, especially when mixing several chemicals in a laboratory beaker?  What can happen?  An explosion!  A similar chemical reaction occurs within the human body — the largest living, working test tube on earth, however it causes adverse health effects, not an explosion.

So, what you're saying is: if you put "chemicals" together, they explode, except that we're talking about putting chemicals together here, and they don't explode?

But even so they're really really bad.  Because they're chemicals.  So q.e.d., apparently. 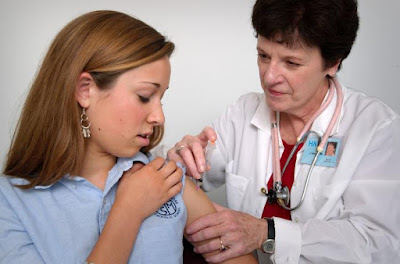 Then, of course (since it's RoundUp), we immediately launch into the argumentum ad Monsantum fallacy, which is to claim that anything even tangentially connected to Monsanto must be evil.   The implication is that Monsanto is deliberately tainting vaccines with their nasty chemicals for some diabolical reason, most likely to get rid of anyone who is stupid enough to fall for their cunning plans.

The whole argument falls apart, however, when you start looking at the details.  Going to the blog that brought Samsel's research to the public eye, we find out that there have been traces of RoundUp found in vaccines, most likely due to the inclusion of animal-derived products such as glycerine, but the amounts are almost all less than one part per billion.  Still, that doesn't tell us much about toxicity -- Frompovich is correct that some substances are toxic in vanishingly small quantities.  But then you look at the end of Samsel's data table, and you find out that "gummi bears" have quantities of RoundUp that are on the order of eighty times higher than any of the vaccines studied.

Interesting that there's all of this hoopla about Big Pharma and toxins in vaccines, but there's no mention of the role of Big Gummi in poisoning our children's candy.

A further, and more serious, problem comes to light when you start digging into the background of Anthony Samsel himself, and his alleged studies linking glyphosate to every human malady except the common cold via scary-sounding biochemical pathways.  An exposé by Tamar Haspel three years ago found that the supposed peer-reviewed research Samsel and a woman named Stephanie Seneff conducted into the presence of glyphosate and its effects on human tissue almost certainly never occurred.  Haspel writes:


Samsel and Seneff didn’t conduct any studies.  They don’t seem interested in the levels at which humans are actually exposed to glyphosate.  They simply speculated that, if anyone, anywhere, found that glyphosate could do anything in any organism, that thing must also be happening in humans everywhere.  I’d like to meet the “peers” who “reviewed” this.

Worse still, neither Samsel nor Seneff is a biochemist, or even a cellular biologist. Seneff is a computer scientist at MIT; Samsel is a "consultant" who does "charitable community investigations of industrial polluters."  As Haspel put it, "I think it's fair to say that they probably went into this with a point of view."

And if you needed one further death-blow to the whole argument, the woman who wrote the ABSOLUTE BOMBSHELL article, Catherine J. Frompovich, is a staff writer for...

So to those folks who keep circulating this article and ones like it, I'm respectfully asking you to stop.  There's enough misinformation out there on health in general and vaccines in particular.  To say it for probably the 13,537th time: vaccines are safe, effective, protect you and your children from diseases that can kill you, and have a very very low likelihood of side effects.  Myself, I'll take the chance of the health effects of minuscule amounts of glyphosate rather than those from getting the measles, hepatitis A, or even the flu.

On the other hand, I am having second thoughts about gummi bears.