Inquiries into inquiries about inquiries

At the moment I'm thinking of Lamar Smith, the Texas Representative who chairs the House Committee on Space, Science, and Technology despite being an anti-science climate change denier who back in 2014 said the report from the Intergovernmental Panel on Climate Change "said nothing new," despite its predictions of massive sea level rise, extreme weather, and catastrophic drought if nothing is done to rein in fossil fuel use.  Of course, what Smith meant by that was that the IPCC didn't say, "Ha ha!  We've been kidding all these years!  Climate change has nothing to do with fossil fuel use!"  Which is what he was hoping, given that he's proven himself over the years to be nothing more than a hired gun for Exxon-Mobil. 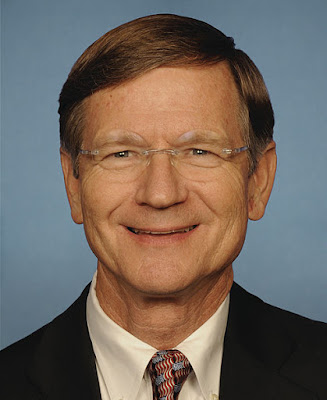 Don't believe me?  In 2015 he started lashing out at climate scientists who were funded through government grants as an attempt to muzzle climate research and put a chill on anyone thinking of writing a paper further illustrating that climate change is anthropogenic (which it is).  He had a subpoena issued to Kathryn Sullivan, chair of National Oceanic and Atmospheric Administration, stating, "NOAA needs to come clean about why they altered the data to get the results they needed to advance this administration’s extreme climate change agenda."  Which is ironic given that Lamar Smith and his cronies suppress data to advance their own extreme pro-fossil fuel agenda.

Earlier this year, Smith went even further, launching a witch hunt against scientists even for communicating with each other about the topic.  He issued a subpoena for any internal documents containing words such as "global temperature" and "climate study," better to identify and harass scientists who were still trying to, you know, do science.

So it was no real surprise when the story hit two days ago that Lamar is at it again, this time launching an investigation to “examine Congress’s investigative authority as it relates to the committee’s oversight of the impact of investigations undertaken by the attorneys general of New York and Massachusetts at the behest of several environmental organizations.”  Or, as Huffington Post's Kate Sheppard put it, he's investigating the House of Representatives' ability to investigate investigations.  This came about because those attorneys general (and also the ones in California and the Virgin Islands) have launched inquiries to look into Exxon-Mobil's efforts to suppress research linking fossil fuel use to global warming, much as in a previous generation Big Tobacco suppressed research linking cigarette smoking to cancer.  Lamar Smith and his cadre of science deniers are desperate both to discredit climate research (and the researchers who do it) and to sever any link between climate change and the runaway use of fossil fuels, and if they can't do it by harassment via subpoena, they'll do it by tying up congress in endless inquiries into inquiries about inquiries.

Smith hasn't arrived at his strategy just 'cuz.  He has the backing of the Texas Public Policy Foundation, a virulently anti-science group devoted to casting doubt on anthropogenic climate change, which calls itself "non-partisan" even though it receives the majority of its funding from Koch Industries, Crownquest Oil & Gas, AEP Texas, ExxonMobil, VF-Russia, Texas Western Energy Corporation, ConocoPhillips, Devon Energy, Chevron, and Henry Petroleum LP.   He is deep in the pocket of the fossil fuel industry, and has no compunctions about using his position to forward their agenda.

New York Attorney General Eric Schneiderman has dismissed Smith's investigation as being a "small group of radical Republican House members... trying to block a serious law enforcement investigation into potential fraud at Exxon."  The problem is, Smith is in a position where he can do this kind of bullshit and get away with it.  He, and others like him, have sown such doubt in the minds of the American public about climate change that your typical American citizen can look outside and see record-breaking temperatures in 2016, which broke the record from 2015, which broke the record from 2014 (and so on ad nauseam), and still claim it isn't happening.

What I'm wondering is how the hell we can get this guy out of his position as chairman of the committee in the House of Representatives that oversees science.  I mean, for cryin' in the sink, the man doesn't believe in science.  Having Lamar Smith chair this committee is like having a creationist appointed to chair a university's Department of Evolutionary Biology.

The whole thing leaves me with that awful feeling that is a combination of anger, desperation, frustration, and disgust.  The fact that this smirking weasel of a man is currently driving national climate policy -- or, more accurately, putting our climate policy on a leash to the fossil fuel industry -- makes me wish that there was a stronger word than "appalling."
Posted by Gordon Bonnet at 3:48 AM