Vested interests are a huge problem in science.

Scientists, like all humans, have biases.  Our perceptual and cognitive apparatus isn't foolproof, and our prior understanding can sometimes blind us to what is actually going on.  A darker tendency, however, is the fact that scientists (once again, like all of us) are subject to the temptations of power, notoriety, and money -- and this can sometimes lead to the publication of research that is seriously flawed.

Science journals all require the declaration by researchers of any conflicts of interest that might bias the research -- if, for example, the study was funded by a group that had motivation to make certain that the scientists reached a particular conclusion.  Conflict of interest doesn't mean that the research is flawed, of course; assuming that is called the motive fallacy.  Having a motive to lie doesn't mean that you actually did.  But a known conflict of interest would certainly make me read the research a lot more carefully -- which is the intent of the policy.

It's pretty suspect, therefore, when research is done where there was a conflict of interest -- and it wasn't declared.  And this appears to be the case with research done all the way back in the 1950s and 1960s casting doubt on the health effects of sugar apropos of heart disease -- and which a study published just last week in the Journal of the American Medical Association has showed was funded by the Sugar Research Foundation. 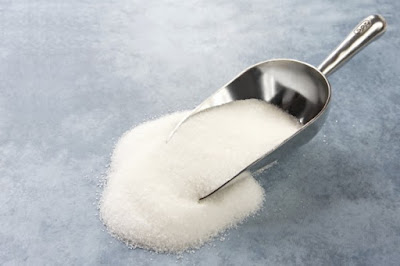 The study, entitled "Sugar Industry and Coronary Heart Disease Research: A Historical Analysis of Internal Industry Documents," by Cristin E. Kearns, Laura A. Schmidt, and Stanton A. Glantz, casts a skew glance at the influence that industry has had on scientific (in particular, medical) research.  Studies funded by the SRF -- the research arm of the sugar industry -- not only successfully raised doubts on the role of sucrose in inflammatory diseases such as heart disease, but turned the public's eye toward dietary fat as the culprit.

In fact, sugar industry spokespeople not only suppressed information connecting carbohydrate consumption to cardiovascular disease, they suggested that increased sugar consumption would improve health.  The SRF's president, Henry Hass, said in a public speech in 1954:


Leading nutritionists are pointing out the chemical connection between [Americans'] high-fat diet and the formation of cholesterol which partly plugs our arteries and capillaries, restricts the flow of blood, and causes high blood pressure and heart trouble… if you put [the middle-aged man] on a low-fat diet, it takes just five days for the blood cholesterol to get down to where it should be…  If the carbohydrate industries were to recapture this 20 percent of the calories in the US diet (the difference between the 40 percent which fat has and the 20 percent which it ought to have) and if sugar maintained its present share of the carbohydrate market, this change would mean an increase in the per capita consumption of sugar more than a third with a tremendous improvement in general health.

Dietary scientist John Yudkin and others had published research identifying sugar as a factor in increasing the risk of heart disease, but Hass and others with ties to the sugar industry began pumping money into research which had as its goal demonstrating the opposite.

Which is, of course, antithetical to the way research should be done.  Of course scientists have their preconceived notions, their guesses as to which way the data will swing.  But the idea that you'd go into a study with the intent to support whatever your well-heeled funding agency says you should support is frightening.

And the worst part was that the scientists themselves did not openly declare their conflict of interest.  The result is that their research was not given the scrutiny it should have received -- and the industry's role in skewing the public's understanding of the role of nutrition in health has only recently been uncovered.

"This historical account of industry efforts demonstrates the importance of having reviews written by people without conflicts of interest and the need for financial disclosure," the authors write.  "Scientific reviews shape policy debates, subsequent investigations, and the funding priorities of federal agencies... Whether current conflict of interest policies are adequate to withstand the economic interests of industry remains unclear."

While discouraging, such findings are no particular surprise, given the tobacco industry's role in suppressing information about the link between smoking and cancer.  However, it should alert us to the potential for funding to bias research that is going on today -- making it even more imperative that our policymakers give careful scrutiny to "studies" of climate change by groups like the Heartland Institute, whose ties (financial and otherwise) to the fossil fuel industry run deep.
Posted by Gordon Bonnet at 2:14 AM