The language of morality

If we needed any more indication that our moral judgments aren't as solid as we'd like to think, take a look at some research by Janet Geipel and Constantinos Hadjichristidis of the University of Trento (Italy), working with Luca Surian of Leeds University (UK).

The study, entitled "How Foreign Language Shapes Moral Judgment," appeared in the Journal of Social Psychology.  What Geipel et al. did was to present multilingual individuals with situations which most people consider morally reprehensible, but where no one (not even an animal) was deliberately hurt -- such as two siblings engaging in consensual and safe sex, and a man cooking and eating his dog after it was struck by a car and killed.  These types of situations make the vast majority of us go "Ewwwww" -- but it's sometimes hard to pinpoint exactly why that is.

"It's just horrible," is the usual fallback answer.

So did the test subjects in the study find such behavior immoral or unethical?  The unsettling answer is: it depends on what language the situation was presented in. 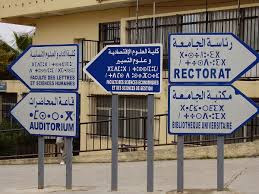 The explanation they offer is that the effort of speaking a non-native language "ties up" the cognitive centers, making us focus more on the acts of speaking and understanding and less on the act of passing moral judgment.  I wonder, however, if it's more that we expect more in the way of obeying social mores from our own tribe -- we subconsciously expect people speaking other languages to act differently than we do, and therefore are more likely to give a pass to them if they break the rules that we consider proper behavior.

A related study by Catherine L. Harris, Ayşe Ayçiçeĝi, and Jean Berko Gleason appeared in Applied Psycholinguistics.  Entitled "Taboo Words and Reprimands Elicit a Greater Autonomic Reactivity in a First Language Than in a Second Language," the study showed that our emotional reaction (as measured by skin conductivity) to swear words and harsh judgments (such as "Shame on you!") is much stronger if we hear them in our native tongue.  Even if we're fluent in the second language, we just don't take its taboo expressions and reprimands as seriously.  (Which explains why my mother, whose first language was French, smacked me in the head when I was five years old and asked her -- on my uncle's prompting -- what "va t'faire foutre" meant.)

All of which, as both a linguistics geek and someone who is interested in ethics and morality, I find fascinating.  Our moral judgments aren't as rock-solid as we think they are, and how we communicate alters our brain, sometimes in completely subconscious ways.  Once again, the neurological underpinnings of our morality turns out to be strongly dependent on context -- which is simultaneously cool and a little disturbing.
Posted by Gordon Bonnet at 3:44 AM