During election seasons, you often find out far more than you wanted about your friends' political leanings, pet issues, biases, and blind spots.  We all have them, of course; but the natural tendency is to feel like everyone else is falling for fallacious thinking, whereas we are (in Kathryn Schulz's words) "looking out at the world through a completely crystal-clear window, seeing everything as it actually is."

The problem is, it's amazingly difficult to root out errors in thinking.  People are prone to the backfire effect -- being presented with facts supporting an opposing point of view often make people double down and believe what they already did more strongly.  But it goes deeper than that. A paper written by Tali Sharot, Cass Sunstein, Sebastian Bobadilla-Suarez and Stephanie Lazzaro was released this week in the Social Science Research Network, and showed that not only does presentation with the facts often cause people to veer back into their previous thinking, it increases polarization in general.

The research team used three hundred test subjects, first giving them questionnaires designed to determine their attitude about anthropogenic climate change.  From their answers, they divided the subjects into three groups -- strong believers, moderate believers, and weak believers.  Each group was asked what their estimate was of the increase in global average temperature by the years 2100.   Unsurprisingly, the strong believers had the highest estimate (6.3 degrees on average), the weak believers the lowest (3.6 degrees) and the moderate believers were in the middle (5.9 degrees).

When it got interesting was when the researchers presented half of each group with data that was good news for the planet (global warming isn't going to be as bad as predicted) and the other half with bad news (global warming is going to be far worse than predicted).  Afterwards, they were reassessed about their opinions, and asked to revise their estimate for the change.  The strong believers presented with bad news revised their estimates upwards; those presented with good news revised their estimates downward, but only a little (0.9 degrees on average).  The weak believers were highly responsive to the good news -- lowering their estimate by a degree on average -- but didn't respond to the bad news at all!

What this shows is rather frightening.  Presented with facts, both the believers and the doubters will change -- but always in such a way as to increase the overall polarization of the group.  This sort of backfire effect will result in a society where the degree of separation between two opposing factions will inevitably increase.

Sobering stuff.  But not as much as a different study, which shows how easily our political beliefs can be changed...

... without our realizing it.

According to a study in Frontiers in Human Neuroscience, all scientists had to do was stimulate one part of the brain -- the dorsolateral prefrontal cortex -- and it caused test subjects' views to tilt to the right.

The paper, entitled "Alteration of Belief by Non-invasive Brain Stimulation," describes research by Caroline Chawke and Ryota Kanai, of the University of Sussex - Brighton's School of Psychology.  They begin with the sentence, "People generally have imperfect introspective access to the mechanisms underlying their political beliefs, yet can confidently communicate the reasoning that goes into their decision making process" -- which sums up in only a few words how little real faith we should have in the stuff our brain comes up with.

Previous research had suggested that the dorsolateral prefrontal cortex was involved in political decision-making (via its role in resolving cognitive conflict).  Specifically, it was observed that DLPFC activity was higher when people were challenged on their preconceived opinions with regard to political views.  So what Chawke and Kanai did was to stimulate that area of the brain while showing participants a campaign video from either the Labour (liberal) or Conservative party.  The expectation was that when the DLPFC was activated, it would push cognitive conflict resolution by moving both left- and right-leaning individuals toward more centrist beliefs. 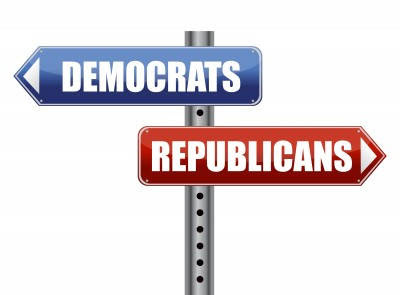 Ready for the scariest part?  Let me give it to you in their own words:

It is also interesting to note that none of the participants in the current study reported any awareness of changes to their political beliefs... conclusively disagreeing with the possibility that political thoughts and values had been altered in any way.  Therefore, during the conscious deliberation of political statements, it appears as though implicit cognitive control processes may have biased subsequent belief formation in the absence of conscious awareness.  Although research has argued that rationalization and reappraisal must require some degree of conscious deliberation, the findings of the current study would provide reason to speculate an unconscious role of the DLPFC in changing political orientation.

The authors suggest the explanation that the DLPFC may have evolved as a structure whose activity is involved in perceptions of security, certainty, and social dominance, all characteristics that are associated with conservative ideology.  But wherever it comes from, the most bizarre part of all of this is how little we seem to be choosing our political leanings based on anything logical -- or even conscious.

So, there you are.  More reason to distrust the whole political process, as if this year you needed another one.  Myself, I think I'm being forced to the opinion that, as Alexis de Tocqueville said in Book II of Democracy in America: "In the United States, the majority undertakes to supply a multitude of ready-made opinions for the use of individuals, who are thus relieved from the necessity of forming opinions of their own."  Little did he know how accurate that statement was -- not only about Americans, but about everyone.
Posted by Gordon Bonnet at 2:11 AM