In the movie Gattaca, the future has become a divided society -- split between the "valids" (people who were conceived through in vitro fertilization and genetic selection/modification) and "invalids" (people conceived the old-fashioned way).  The invalids, who have (as all of us currently do) a random mix of good and bad traits from the parents, can't get jobs, can't get insurance, have no access to higher education.  Why should the society put money and effort into people who are of average intelligence and have a much higher susceptibility to hereditary disease, when there are plenty of people who have already been screened -- actually, selected -- to be genetically superior?

Gattaca centers around one man, Vincent (played by Ethan Hawke) who is an invalid -- but is determined to rise above his station.  It's a beautiful, inspiring, and deeply troubling movie.  Because the underlying premise of the movie -- that humans can modify their own genetics at will -- is very close to being realized.

CRISPR-Cas9 is a genetic modification protocol that allows scientists to (more or less) edit DNA one gene at a time.  The medical implications are immediately obvious; this opens up the possibility of not just treating, but curing, such devastating genetic disorders as cystic fibrosis, Huntington's disease, and Duchenne muscular dystrophy. 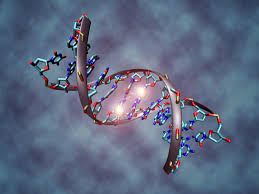 The ethical implications are equally breathtaking.  Once gene-by-gene editing becomes possible -- and we're nearly there -- what will stop people from modifying other genes, such as those for appearance, behavior, and intelligence?  Will we enter a brave new world of "designer babies," such as the ones in Gattaca?

Lest you think that I'm engaging in wild speculation, allow me to point out that the first CRISPR-Cas9 experiment on humans is already being conducted.

In the United States, there is an ongoing moratorium on genetic experimentation on humans, but no such restrictions exist in China.  And three weeks ago, man with an aggressive form of lung cancer was brought into West China Hospital in Chengdu, and was given a course of CRISPR-Cas9 modified cells -- his own cells that had been edited to alter their ability to mount an immune response against cancerous tissue.  The cells were introduced into his bloodstream, where (it is to be hoped) they will attack and destroy the tumors.

While details are still forthcoming, research team spokesperson Liao Zhilin has said that "Everything is going as planned."

As with most discoveries, this is a mixed bag.  The idea of being able to use genetic modification to combat cancer is certainly wonderful.  So is the potential for eradicating genetic diseases.  The ethics becomes a little murkier when you start looking at issues like extending longevity -- current research supports the idea that genetic longevity (i.e. independent of other considerations like lifestyle and avoidable risk factors) is controlled by a relatively small number of genes.  It is certainly not beyond the realm of possibility that those, too, could be modified by CRISPR-Cas9.

But is this a good idea?  It's one of those things that puts me in an ethical bind.  I'm 56, and frankly, I'm not looking forward to all of the age-related degradation that I have to look forward to in the next twenty years.  If I could do something that would give me another fifty or a hundred healthy years, I'd be all for it.  But the larger question is whether this sort of thing would be good for society if it became widespread.  It would require large-scale restructuring of how we approach such issues as career, insurance, and retirement, not to mention the fact that given that men remain fertile indefinitely if the plumbing still works, you could be looking at a world where guys could still be fathering children at double or triple the current age.

You think we have an overpopulation problem now?

Of course, this presupposes that such age-lengthening treatments would become widely available -- and this opens up another ethical issue, which is equity.  Especially at first, you'd have to expect such opportunities would only be available to the wealthy, further deepening the divide between the genetically-modified haves and the unmodified have-nots.

Gattaca is beginning to look kind of prescient, honestly.

The whole thing puts me in mind of a quote from Michael Crichton, which seems like a fitting place to end: "Science cannot help us to decide what to do with the world, or how to live.  Science can make a nuclear reactor, but cannot tell us not to build it.  Science can make pesticide, but cannot tell us not to use it.  What should we do with our power?  It is the very question that science cannot answer."
Posted by Gordon Bonnet at 3:50 AM