Educating more than the sheep

I have had frequent cause to bemoan the fact that we in the educational establishment are teaching 21st century students using a 19th century model.

Let me explain what I mean.  Back in the 19th and early 20th century, it was critical for a well-educated person to know lots of facts.  If you were conversing with a doctor about your health, and you didn't know the names of basic human organs and tissues, you were likely to be entirely lost, and unless you had a medical text handy, there was no way to figure it all out.  On a less dire level, even when I was a kid (1960s and 70s) if you didn't know something -- perhaps even a simple fact, like what is the name of the cellular structure that provides cells with energy -- you had to go and look it up in an encyclopedia or textbook, if you were lucky enough to own them.  Failing that, you took a lengthy trip to a library to see if you could dig it up.

Or you just decided that it wasn't worth the time and stopped worrying about it.

(Nota bene: it's the mitochondria.)

Now?  Most students have access either to cellphones or to other internet-connective devices.  Access to facts and terminology is trivial.  Sometimes a student will ask me something I don't know the answer to -- such as yesterday, when someone wanted to know the gestation period of a sheep -- and within seconds, answers are being shouted out from all over the room. 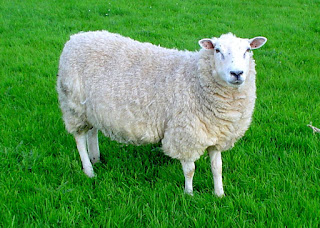 Far more important than simple facts are two things, one of which is taught less often than mere terminology, and the other of which is hardly taught at all.  The more common one is process.  Not just the name "mitochondria," but how it goes about breaking down glucose to release energy for cellular function.  Not just the names of Mendel's four laws of genetics, but why they work (and why there are cases where they don't -- thus, "non-Mendelian inheritance").

Process, though, is hard to teach.  It requires not only that the teacher thoroughly understand it, but that (s)he finds ways to make the subject accessible to students.  It's much easier simply to teach laundry lists of disconnected facts and terms -- but I would question if such a thing is actually "education."

Teaching process, though, is downright common when compared to the other more important skill, which is how to tell false claims from true ones.  Okay, fine, you can look something up on your cellphone, tell us the gestation period of a sheep in five seconds flat.  How do you know if it's right?  How could you tell if it were false?  What does it mean if the source of the information has a bias or an agenda -- admittedly unlikely in the case of pregnant sheep, but a huge deal with respect to science, current events, or politics?

The sad truth that today's students are not being taught to sift fact from fiction was highlighted by a study released last week by some researchers at Stanford University that came to the rather horrifying conclusion that middle, high school, and college students, when presented with various combinations of news articles, opinions, outright falsehoods, biased stories, "sponsored content" (i.e., advertisements), and unsupported claims, couldn't tell one from the other.  Across the board, students scored very poorly on their ability to question source validity, discern bias, and tell real news from fake news.

"Many assume that because young people are fluent in social media they are equally savvy about what they find there," said Sam Wineburg, lead author of the study.  "Our work shows the opposite... What we see is a rash of fake news going on that people pass on without thinking.  And we really can't blame young people because we've never taught them to do otherwise."

To combat this, however, would take a major overhaul of the way we teach.  Unlikely, given the increasing reliance on easy-to-measure "learning standards" -- most of which are taught and assessed using shallow, vocabulary-based factoids, not deep understanding (which is hard to quantify, and therefore to the policy wonks at the state and federal Departments of Education, doesn't seem to matter).  Couple this with the ongoing slicing of funding from public schools, and you can easily see why there's a significant incentive to keep doing things the old way.

But as the study by Wineburg et al. shows, what we're doing is inadequate for preparing young people to be smart consumers of media in the 21st century.  It's no wonder "fake news" has gotten such traction; the consumers can't tell it from the real thing.  Unsurprising, too, that our tendency to place ourselves in echo chambers where we only hear opinions we already believed, and therefore are unlikely to question them, makes for increasing political polarization and people making decisions based on what they think they understand rather than the actual facts.

If this is going to change, we'll need a bottom-up revamping of how teaching is done, and a rethinking of what it means to educate children in the 21st century.  Otherwise, we'll fall victim to the old adage -- "If you always do what you've always done, you'll always get what you've always got."
Posted by Gordon Bonnet at 2:06 AM