Making the world safe for hypocrisy

Republicans are currently having a meltdown over the reception that Vice President-elect Mike Pence got when he showed up at a performance of the Broadway musical Hamilton a couple of nights ago.

President-elect Trump, never one to sit by silently when Twitter is waiting, jumped in with the following: "Our wonderful future V.P. Mike Pence was harassed last night at the theater by the cast of Hamilton, cameras blazing.  This should not happen!" and followed it up with "The Theater must always be a safe and special place.  The cast of Hamilton was very rude last night to a very good man, Mike Pence.  Apologize!"

The rumor went around that the cast had booed Pence, and that started up the outrage machine.  "Boycott Hamilton!" trended on Twitter, which is kind of funny in that the musical is sold out months in advance, so any potential boycotters would have a long wait. 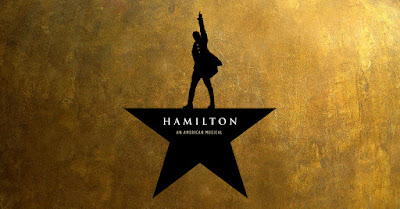 But what is appalling about all of this is that as usual, these people are reacting to what they think happened, not to what actually happened.  So let's start by setting the record straight.  The cast did not boo Pence; the audience did, and then the cast told them to stop.  Here's a transcript of what the cast said:


There’s nothing to boo here, ladies and gentlemen.  There’s nothing to boo here.  We’re all here sharing a story of love.  Vice President-elect Pence, we welcome you and we truly thank you for joining us here at Hamilton: An American Musical...  We, sir, we are the diverse America who are alarmed and anxious that your new administration will not protect us, our planet, our children, our parents or defend us and uphold our inalienable rights, sir.  But we truly hope that this show has inspired you to uphold our American values and to work on behalf of all of us.  All of us.

That is the message that President-elect Trump called "harassment" and for which he demanded an apology.

I thought this called for a response.  My initial thought, which ended with "... and the horse you rode in on," on reconsideration struck me as lacking in subtlety and depth of thought.  So here is a more measured, nuanced take on the whole thing.

The group who is screeching that Hamilton should be boycotted is by and large composed of the same people who flipped out when Starbucks changed their cup design, saying Americans should boycott the coffee company because they're "anti-Christmas and anti-Christian."  They are the ones who had conniptions at the protests over Trump's policies that have been staged in cities throughout the United States, and who have even suggested making such demonstrations criminal offenses.  They are the ones who claim that every time anyone demands separation of church and state, it's a direct attack on freedom of religion.

And yet, with no apparent sense of hypocrisy, the loudest "freedom of religion" types are now the ones who are actively supporting a government registry for Muslims, including those who are American citizens.  The ones who are having a meltdown over what the cast of Hamilton said to Mike Pence are the same ones who don't bat an eye at people who call the Obamas every derogatory name you can think of (the most recent being the characterization of the First Lady by a West Virginia mayor as "an ape in heels").  The ones who think that Mike Pence is such a delicate snowflake that the cast of Hamilton should apologize for hurting his feelings are the ones who ridicule liberals as "whiny safe-spacers" who "can't stand it if everyone doesn't get a trophy" when there is a demand that the incoming administration treat all Americans, including LGBT individuals, atheists, and minorities, with respect and equal access to rights.

In other words: "a safe and special place" means that Americans can feel free to ridicule, degrade, and strip the rights from anyone who isn't a white Christian, but if those who are on the receiving end of such treatment respond, it's "harassment."  Freedom of speech and freedom of religion only apply if they're the right speech and the right religion.

I've been trying like hell to stay out of politics, but I think this marks the point where I've given up resisting.  I see our country heading toward a very, very scary place, led by a cadre of people who take umbrage at anything outside of their narrow little worldview, demanding apologies of people who challenge them and (when those are not forthcoming) responding with vitriol, hate speech, and threats.

So, frankly, I've had it.  My previous posts on recent political developments, where I tried to be measured and polite, to ask for reconciliation and compassion, were met with comments such as (these are direct quotes) "Stop your fucking whining, you lost" and "Get over yourself" and "I bet you'd never call out the ultra-left-wingers for all the shit they do."  (The latter, at least, should be obviously wrong to anyone who has read this blog for any length of time; I've always thought of myself as an equal-opportunity critic.)

So fuck being apolitical.  At this point, not to speak up against what is happening in this country would be tantamount to supporting it.  So this may lose me blog followers at best, and friends at worst, but don't expect me to stay silent.  I am hereby vowing to call out hypocrisy wherever I see it (and yes, that includes the liberals), to stand up for the people that the incoming administration has vowed to oppress, to be an advocate even if it puts me right in the bullseye.

In other words: I am choosing to place myself right outside the "safe space."  Deal with it.  You, and the horse you rode in on.
Posted by Gordon Bonnet at 1:50 AM