It probably is readily apparent to anyone who is a regular reader of Skeptophilia that I am frequently perplexed by the behavior of my fellow human beings.

Some of my perplexity is over things that people do which are unpleasant -- I find the motivations for such things as racism, sexism, homophobia, and xenophobia not simply repellent, but (on some level) incomprehensible.  Why anyone would think that gender, ethnicity, or sexual orientation was a valid basis for discrimination is absolutely baffling to me.

On the other hand, there's the behavior that falls into the "harmless but weird" department.  As an example of this latter tendency, we have the recent founding by Russian scientist Igor Ashurbeyli of the "independent space nation" of "Asgardia." 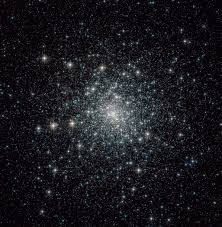 Ashurbeyli has called for people to sign up for citizenship, and in two weeks got a half a million names.  (Apparently further sign ups are on hold for now, but when they're reopened Ashurbeyli expects them to continue with undiminished fervor.)  As far as why he's doing it, he says, "Today, many of the problems relating to space law may never be solved in the dark woods of modern international law...  It is time now to create a new judicial reality in space."

Which may well be true -- I am certainly no expert in, um, "space jurisprudence" -- but his goals may be a little bit on the lofty side.  That's not discouraging him one bit, however.  Now that the number of applications has exceeded 100,000, Ashurbeyli says, "we can officially apply to the UN for the status of state."

Which I kind of wonder about.  Of course, the whole thing about what constitutes a nation and what does not isn't exactly clear.  It's not enough, apparently, to declare yourself an independent sovereign state; there's this thing called "recognition" wherein a more powerful nation can basically put its hands over its eyes and pretend a less powerful nation doesn't exist, and the less powerful nation has no recourse but to keep whining "Yes, I am!  I'm real, I swear!" until the more powerful nation gives up and says, "Oh, okay, I guess."

It's also unclear how Asgardia can be a nation given that it doesn't have any actual territory to speak of.  The concept of "nation" is tangled up in the control of land, and unless Ashurbeyli and the other Asgardians are laying actual physical claim to space, it's hard to see how this can be a state in the conventional definition of the word.  "A state in the classical sense has a territory and has a significant portion of its population living on that territory," said Frans von der Dunk, professor of law at the University of Nebraska.  "As long as nobody's going into space, you can have as many signatures as you want, but you are not a state."

Which is probably true -- far be it from me, non-lawyer that I am, to argue with an expert in legal matters -- but kind of overlooks the fact that the whole idea of national borders is itself pretty bizarre.  The idea that there's an arbitrary invisible line drawn on the ground, and on the west side of that line it's legal to drink alcohol and on the east side it isn't, is really peculiar.  If aliens ever land on Earth, you have to wonder what they'll think of the fact that we have sliced up the planet into competing pieces, and they all have mutually contradictory sets of laws.

The aliens will probably up stakes and return home with the conclusion that there's no intelligent life on this planet, is what I'm thinking.

Of course, I can't argue with Ashurbeyli's motivations.  On the "concept" page of the Asgardia website, he writes:


The essence of Asgardia is Peace in Space, and the prevention of Earth’s conflicts being transferred into space.

Asgardia is also unique from a philosophical aspect – to serve entire humanity and each and everyone, regardless of his or her personal welfare and the prosperity of the country where they happened to be born.

Asgardia's philosophical envelope is to ‘digitalise’ the Noosphere, creating a mirror of humanity in space but without Earthly division into states, religions and nations.  In Asgardia we are all just Earthlings!

Which I can't honestly argue with.  And I suppose it's good that we have idealists like Ashurbeyli who are willing to throw themselves into a high-flown project like this, even if it's not immediately apparent how it will all work.

In any case, I may sign up, once they re-open registration.  Not entirely sure why except to say that I did it.

So I guess my initial statement that "humans are weird" is only accurate if I include myself in that assessment.
Posted by Gordon Bonnet at 2:07 AM