I'm going to take a break from our regularly scheduled programming to share something personal.

My first year of teaching Critical Thinking, when I felt very much like I was sort of making the curriculum up as I went along, I had a student in my class named Tamila.  When I saw her name on my class list the first day of school, I had that momentary "oh, no" feeling that all teachers can relate to.  Tamila had a reputation as a tough kid, a hardass, someone with an explosive temper and little tolerance for frustration.  My first few days with that class, I found that my fears were somewhat unfounded; she had a bit of a swagger, some bluster in her mannerisms, but was well-spoken and intelligent, and didn't seem to be walking in with a chip on her shoulder.  Still, she didn't say much in class discussions at first, just sat in the back listening and watching me with intense blue eyes that you got the feeling didn't miss much.

As time went on, Tamila began to open up.  First she started raising her hand, contributing to  discussions, asking questions, challenging what other students said.  It was always in a respectful fashion, and added a tremendous amount to the class.  She shared with us that she had been raised in poverty, and was able to explain in an articulate fashion how that changed her perspective.  She started coming in early (the class was right after lunch) and bringing her lunch along, so we could chat about stuff -- sometimes trivia, sometimes important things, and more than once because she was still thinking about what we'd talked about in class the previous day.

Toward the end of the semester, I assigned the final project, which was for students to write a personal essay explaining how their thinking had evolved over the previous months.  I thought it was a good opportunity for students to do a little self-reflection, consider how their own thought processes worked and why they believed what they did.

Tamila's essay had me in tears.  She told me how through twelve years of schooling, it had never seemed important what she thought -- that in class after class, teachers had simply told her information and expected her to recite it back a couple of weeks later.  Then you get the grade, then you go on to the next course.  Critical Thinking, she said, was the first time anyone had ever truly valued her opinion, and (more importantly) shown her that her opinions had value.  The course had, she told me, given her the confidence to think on her own, and the knowledge that she could figure stuff out when she needed to.

Right after the course ended, though, Tamila took a serious downturn.  She got pretty close to hitting bottom.  I lost touch with her -- I sent her a couple of emails asking how she was doing, but never got an answer.  It was about four years later that I ran into her, quite by accident, at a local restaurant where she'd just gotten hired on the wait staff.  She came up to me with a big grin, gave me a hug, and told me that she was doing well, had been drug and alcohol free for a year, and was optimistic about her future.  We became Facebook friends, and I enjoyed seeing her updates -- frequently about her passion, which was fishing. 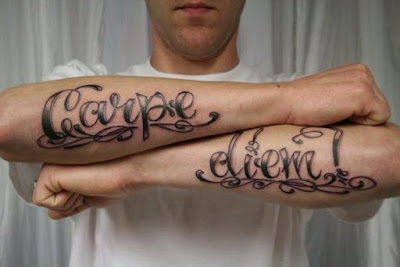 A couple of months ago she sent me an email saying that she still remembered Critical Thinking and all of the discussions we'd had about issues large and small.  I responded that I still treasured her final essay -- that it was, to this day, one of the best and most heartfelt ones I'd ever seen.  She responded with a string of emoji smiley-faces and hearts and said that meant an incredible amount to her.

That was the last time I chatted with her.  And yesterday I found out that two days ago, Tamila was killed in an automobile accident.

I'm not posting this to garner sympathy for my own loss of a friend, nor to bring anyone to tears (heaven knows I've shed more than enough since I found out).  It's more to say how thankful I am that I had the opportunity to tell Tamila how much her friendship meant to me, how glad I was that I'd had the opportunity to be her teacher.  She was a young woman who I doubt heard that from very many people, either during high school or afterwards.  That I had the chance to let her know that I still remembered her with great fondness is something I will always be grateful for.

So I'll end this by encouraging you all not to put off telling the people you care about that you love them.  It's almost a cliché to say that you don't know how much time you have left, but it's also the honest truth, and I think we all need to carpe the absolute hell out of every diem we have.  Tamila told me once that I had truly changed her life, and my grief over her death is coupled with a deep gratitude that she also changed mine.

So take the time to be kind and loving and appreciative of the people you see every day.  As for me, I need to close this, because I'm having a hard time seeing the keyboard.
Posted by Gordon Bonnet at 1:44 AM