One of the most frustrating things about social media is the tendency of a lot of people to post something (or respond to it) without reading any more than the headline.  I got blasted for my post two days ago asking conscientious Republicans to stand up and repudiate the people who are responsible for the upswing in hate crimes, who apparently think that the recent election gives them carte blanche to sink to their worst tendencies.  This caused one woman to shriek, "I am so sick and tired of nonsense like this!  I am GREATLY OFFENDED that you seem to think that all Republicans are racists!"

Which, if you read the post, is exactly the opposite of what I wrote.  My point was that I know most Republicans aren't racists, but it is now their obligation to condemn the ones who are.

Couple the mental laziness of assuming the headline tells you everything you need to know with the unfortunate tendency of people to forward things without checking on their veracity, and you have a real problem.  Of course, the latter is a phenomenon I've railed against so much here in Skeptophilia that I hardly need to mention it again.  But there's a more insidious force at work here -- the fact that people are now creating sensationalized, often incendiary, "fake news" designed for one reason and one reason only -- to score clicks, and therefore advertising revenue.

Let's start with a study called "Lies, Damn Lies, and Viral Content" led by Craig Silverman of Columbia University that looked at the speed with which stories from these fake news sites can circulate through social media. "Rather than acting as a source of accurate information, online media frequently promote misinformation in an attempt to drive traffic and social engagement," Silverman said. "Many news sites apply little or no basic verification to the claims they pass on. Instead, they rely on linking-out to other media reports, which themselves often only cite other media reports as well... The extent to which a fake news article can get traction was surprising to me."

Max Read, editor of Gawker, put it more succinctly: "Already ankle-deep in smarmy bullshit and fake ‘viral’garbage, we are now standing at the edge of a gurgling swamp of it."

Among the rather unsettling conclusions of Silverman's study is that not only are the consumers to blame, the mainstream media is often content to hit the fast-forward button themselves.  "Many news sites apply little or no basic verification to the claims they pass on," Silverman writes.  "Instead, they rely on linking-out to other media reports, which themselves often only cite other media reports as well."

What is wryly amusing about all of this is that I first heard about this study in none other than The Daily Mail, which published it without any apparent sense of irony.

The BBC in a recent report states that the problem is worse even than a lack of quality control.  There are now websites whose entire raison d'être is the creation of false stories that have the ring of truth, and who then do everything they can to make sure that these stories get the maximum circulation possible.  Sites like The National Report call themselves "satire" -- but no one seems to be laughing.  Unlike The Onion, which is obviously tongue-in-cheek satire to anyone with a reasonable IQ, The National Report isn't trying to be funny.  They're trying to outrage, to scare, to whip up anger -- and to make money.

Site founder and owner Allen Montgomery is up front about this. "There are highs that you get from watching traffic spikes and kind of baiting people into the story," he says. "I just find it to be a lot of fun... There are times when it feels like a drug."

It's big business, too.  "Obviously the headline is key, and the domain name itself is very much a part of the formula -- you need to have a fake news site that looks legitimate as can be," Montgomery says.  "Beyond the headline and the first couple of paragraphs people totally stop reading, so as long as the first two or three paragraphs sound like legitimate news then you can do whatever you want at the end of the story and make it ridiculous...  We've had stories that have made $10,000.  When we really tap in to something and get it to go big then we're talking about in the thousands of dollars that are made per story."

And of course, social media plays right into the hands of people like Montgomery.  It only takes one click to forward a story to your Facebook friends or Twitter followers, and damn the consequences.  The frightening thing is that such garbage circulating around the internet is reaching so many people so quickly, the contention that it could affect elections is well within the realm of possibility.

Of course, far be it from anyone to take responsibility for any of this. Just a couple of days ago, Mark Zuckerberg, founder of Facebook, said that news stories (fake and otherwise) on social media "surely had no impact" on the election.

"More than 99% of content on Facebook is authentic," Zuckerberg said.  "Only a very small amount is fake news and hoaxes.  The hoaxes that do exist are not limited to one partisan view, or even to politics." 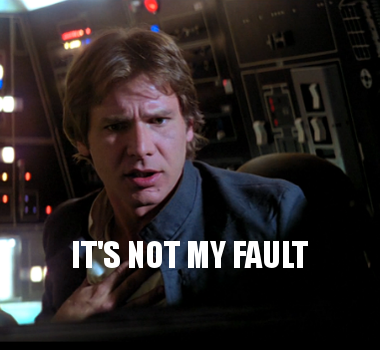 As I've said before, it is incumbent upon consumers of all kinds of media to verify what they're reading, especially before they pass it along.  With sites like The National Report out there, and the increasing tendency of people not to think critically -- well, all I can say is, if you can't take five damn minutes to check Snopes, you're part of the problem.
Posted by Gordon Bonnet at 2:00 AM