The movie Gattaca envisions a near future in which our entire destiny is ruled by our genes.  Not only are we subject to genetic tests as a preliminary to everything -- school admission, job offers, applications for insurance -- the vast majority of births result from genetically screened in vitro fertilizations.  This creates a society stratified in a new way -- made up of "valids" (people who were screened at conception and therefore are free of major genetic defects) and "invalids" (people conceived the old-fashioned way, and subject to all of the flaws that a random patchwork of genes brings).

The result is that invalids can't get any but the most menial jobs.  What employer would take a chance on giving a high-paying technical job to someone with a predisposition to early death from heart disease when there is an equally skilled candidate who is certified disease-free, and who will cost the company (and their insurers) far less in medical bills and retraining costs over the long haul?

The ethical issues that this film brings up are deeply poignant.  But one of the lines that goes by so quickly that it can pass your notice occurs fairly close to the beginning of the movie, when the main character is narrating what life is like in this society.  "Of course, discrimination based on genes is technically illegal," he says, "but there's always a way around that."

He utters this line as a potential employer hands him a plastic jar for a urine test -- ostensibly for drug testing, but which will also give the company anything they want to know about the candidate's genetic makeup. 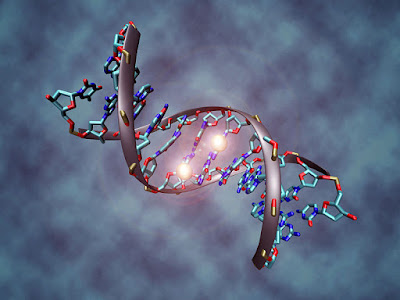 We just took a step toward the world of Gattaca a few days ago, and it, like the line about the de facto acceptance of a genetic criterion for employment in the movie, slipped by without many people taking notice.  A proposed change to current privacy law called House Bill HR 1313 passed easily in committee, the vote split exactly on party lines.  Given the current fracas over the repeal/replace drive for the Affordable Care Act, not too many people gave HR 1313 much thought.  But this bill, should it become law, will provide a loophole you could drive a Mack truck through in GINA (the Genetic Information Nondiscrimination Act), the 2008 law that made genetic information private and explicitly prohibited employers from discrimination based upon it.

If HR 1313 passes, it will allow employers to circumvent GINA -- as long as such genetic tests are part of a "workplace wellness" program.

Before you blame the Republicans, however, realize that we were well on the way to ceding all the power over a person's private genetic data to employers during the Obama presidency.  "Workplace Wellness" laws passed during the previous administration allowed employers to levy a 30% surcharge on employees' health insurance costs if they refused to participate in "voluntary" workplace wellness programs, many of which require screenings for cholesterol, blood pressure, and other health factors. At least with GINA, there was explicit language to stop employers from doing what they did in Gattaca -- collecting private health information from people under the guise of doing screenings for risk factors, and extracting a hell of a lot more from a blood sample or urine sample than the employee bargained for.

If HR 1313 passes, that protection will disappear.  Labeling mandatory screening part of a "Workplace Wellness" program will allow employers to have access to any information on your health that they want -- including a list of the markers you carry showing your predisposition to genetic health conditions.

One more way in which we are headed, as a nation, toward giving far more clout to corporations than we do to individuals.

When Gattaca premiered twenty years ago, it seemed pretty far-fetched.  People were identified when they entered a government building using a finger-prick test.  Criminals could be caught from the DNA on a single eyelash, because everyone's DNA was on record with the government.  If you were stopped on the road and refused a finger prick, the police could still identify you by an iris scan.  In one memorable scene, a woman goes to a genetic screening company to get the low-down on her boyfriend -- after she gives him a nice long French kiss, and thus mixing enough of his saliva with hers to sequence his DNA and find out if he's a good candidate for a long-term relationship.

Now, it's looking like the world of Gattaca is, as it says in the opening sequence, in the "not-so-distant future."