Because we evidently needed another reason to facepalm over a Trump appointee, today we consider: John Fleming, assistant secretary for health technology at the Department of Health and Human Services.

Fleming has some decidedly peculiar ideas.  In his book Preventing Addiction: What Parents Must Know to Immunize Their Kids Against Drug and Alcohol Addiction, Fleming states that opiates are proof of the existence of god:


Were it not for these drugs, many common and miraculous surgeries would be impossible to either undergo or perform.  In my opinion this is no coincidence at all.  Only a higher power and intellect could have created a world in which substances like opiates grow naturally.

Which brings up a couple of troubling questions:
It's a bit like Dr. Pangloss said in Voltaire's masterpiece Candide: 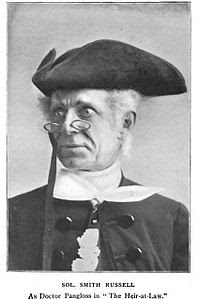 This, however, is not the only bizarre thing in Fleming's book.  He says there's a correlation between tattoos and drug addiction:


Body art comes into play in drug addiction as well, although obviously, not all who have a tattoo are addicts.  A sailor who gets a single tattoo on his arm or an adult woman who has a small butterfly tattooed on her lower abdomen are not necessarily drug addicts or even rebellious — just dumb, at least temporarily!...  When you see that your child has become interested in body art or has a fascination with the Goth or other subculture, then be on alert, because your child is likely headed into rebellion and possible drug experimentation.

So this makes me wonder how my two rather large tattoos haven't resulted in my being addicted to cocaine or something.  Despite the size and elaborate nature of my own body art, maybe I'm still in the category of "temporarily dumb."

Last, it turns out that Fleming himself might not have much right to point fingers about temporary stupidity, because he is one of the people who fell for the story in The Onion that Planned Parenthood was building an "$8 billion abortionplex."  Then, not having learned the lesson "if you're not smart enough to recognize satire and fake news, at least be smart enough to check your sources," he delivered a speech on the floor of Congress in 2013 to communicate the alarming news that the Department of Defense was starting to round up and court martial Christians so as to "create an atheist military."

Where, you might ask, did Fleming get this "information" from?

From Breitbart, of course.

So come on, folks.  Is it too much to ask to have a few government appointees who are competent, intelligent, and sane?  Because the ones we have now, in my dad's trenchant phrase, couldn't pour piss out of a boot if the instructions were printed on the heel.

Myself, I'm beginning to wonder if this is an elaborate experiment being run by alien scientists to see how long it takes us to figure out that the whole American government is some kind of huge put-on.  The question they're trying to answer is whether we'll just go along with it unquestioningly.  At some point, maybe they're expecting us to say, "Okay, ha-ha, very funny.  Game's up.  Come out of hiding, alien overlords, and give us back some semblance of normalcy."  I don't know how else you'd explain people like Fleming, not to mention Steve Bannon, who looks like he's spent the last ten years pouring Jack Daniels on his breakfast cereal.
Posted by Gordon Bonnet at 2:07 AM