I try not to ring the changes on the same topic too often, but sometimes I simply have no choice.

A few days ago, I described how my most-loathed member of the House of Representatives, Lamar Smith of Texas, had appeared before the members of the Heartland Institute and crowed about how the Trump administration's entire pro-fossil-fuel, anti-environmental, climate-change-denying agenda was about to be realized.  Well, two days ago Smith followed through on his plans to have a meeting with the committee he chairs -- the House Committee on Science, Space, and Technology -- to discuss climate change.

With only a single actual climate scientist in the room.

To be fair, the climate scientist they picked is a big name: Dr. Michael Mann of Pennsylvania State University, one of the first researchers to sound the alarm on the direction the global temperature was heading.  But the three other people on the panel with Mann were carefully chosen to be climate change deniers, and Mann was the only one who is a working research scientist.

The tone was set immediately in Smith's opening remarks.  "Much of climate science today appears to be based more on exaggeration, personal agendas, and questionable predictions than on the scientific method," Smith said, ignoring the fact that there is a 97% consensus amongst actual climate scientists about the causes and effects of climate change, and most of the remaining 3% argue only at the level of details.  "Alarmist predictions amount to nothing more than wild guesses."

This was music to the ears of most of the committee, which is overwhelmingly populated with anti-science types.  Dana Rohrabacher of California, who once called global warming "liberal claptrap," snarled at Mann, saying that he had committed a "personal attack on our committee chairman" for saying that Smith participated in a "climate science denying conference."

So we're now in a place where "truth" is called a "personal attack."  Since a "lie" is now an "alternative fact," I suppose that was the next logical step.

Other members took up time asking idiotic questions.  Mo Brooks of Alabama, having never heard of the Law of Conservation of Mass, asked the panel how they knew that sea levels were going to rise, not fall, when the ice caps melt.  Daniel Webster of Florida asked if we know what caused the "Ice Age" (evidently he thinks there was only one), because apparently if that can't be answered with certainty, there's no way to predict that we're not going to be in the middle of a glacier by next Thursday. 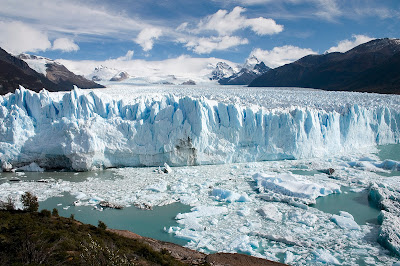 Only a few people stood up and called the meeting for the bullshit it was.  Suzanne Bonamici of Oregon said, "The witness panel does not really represent the vast majority of climate scientists who have concluded that there is a connection between human activity and climate.  For a balanced panel, we need 96 more Dr. Manns."

But Lamar is on a roll this week.  He wasn't happy with just creating a farcical excuse for a fair hearing; he went after one of the world's most respected research journals, Science.  Since Science isn't promoting the Trump agenda, he claims that they're biased.  "That is not known as an objective writer or magazine," he said.  Because in his bizarro world, "objective" apparently means "agrees with Lamar."

The problem is, of course, people like Smith almost never bother actually to read what they're lambasting.  The point isn't honest critique, or even honest questioning; it's purely retributive, to punish the resistance of the scientific community to caving in under pressure from political and corporate interests.

If you're not discouraged enough yet, how about the news that the aforementioned Heartland Institute (which is totally not a "climate-science-denying organization," to even insinuate such a thing is a "personal attack") is sending a book called Why Scientists Disagree About Global Warming, with an accompanying DVD, to 200,000 science teachers, funded by the $7 million they were given last year by Exxon, Koch Industries, and various other fossil fuel corporations.

Nope.  No biased propaganda campaign there.

Last, let's consider Scott Wagner, a state senator from Pennsylvania, who went on record two days ago as saying okay, maybe the Earth was getting warmer, but it could be from one of two reasons: (1) the Earth getting closer to the Sun; or (2) all of these warm human bodies are hanging around heating up the place.  I wish I was making this up.  Here's the actual quote:


[T]he Earth moves closer to the sun every year — you know, the rotation of the Earth.  We're moving closer to the sun...  [Also] we have more people.  You know, humans have warm bodies.  So is heat coming off?

Afterwards, Wagner admitted that he hadn't "been in a science class for a long time."  No, really?  I'd never have guessed from the fact that you (1) don't know the difference between rotation and revolution, (2) think it takes a year for the Earth to rotate, (3) think we're spiraling inwards toward the Sun, and (4) believe that hot human bodies are causing the climate to change.

I'm beginning to think there should be a requirement that all candidates from public office be able to pass a basic science exam before their name can be put on the ballot.  There is simply too much at stake here.  We can't afford to have leaders who are ignorant of scientific facts, suspicious about the scientific process, and put short-term economic interests (including the immediate economic interest of padding their own pockets by pushing the agenda of their corporate sponsors) before the conclusions of evidence-based research.

Or, put more simply: can we all pinky-swear-promise not to vote next time for immoral, unethical twits and complete fucking morons?
Posted by Gordon Bonnet at 2:05 AM