The downward spiral in the United States's commitment to environmental stewardship isn't all big, attention-getting moves like Donald Trump's appointment of Oklahoma Attorney General Scott Pruitt, who made a name for himself taking the fossil fuel industry's side in battles over environmental safety, to the post of head of the Environmental Protection Agency -- a man who just yesterday stated that carbon dioxide is not "a primary contributor to the global warming we see."  Sometimes it's the small, seemingly inconsequential changes that are the most chilling, partly because those small changes can so easily slip under the radar.

Take, for example, the change announced this week in the EPA's mission statement.  There was one alteration that jumped out at me, that would only be obvious if you compared the new statement word-by-word with the old one.  There is one word that now appears nowhere in the online description of what the EPA's Office of Science and Technology does.  Any guesses as to what that is?

You read that right.  The Office of Science and Technology now has as its directive evaluating standards for (for example) water quality not on whether the analysis is "science-based" (the old language), but whether it is "economically and technologically achievable."  This may seem like a minor change -- after all, why would we bother trying to address a problem whose solution was not "technologically achievable?" -- but in fact, this is a symbolic shot across the bow to members of the scientific community.  It's a sign that we no longer will hold our environmental policy to the standard of what is scientifically supported; we will instead make decisions based upon what is financially expedient for corporate interests.

Take, for example, the revocation of the Obama-era Stream Protection Rule, which prevents coal companies from dumping mining debris into streams.  The House and Senate both voted to kill the rule, despite copious evidence that so-called "mountaintop removal" methods of coal mining foul streams, leading to contamination of drinking water by heavy metals and other toxins, and all the horrible health effects that come with it.  The death of the Stream Protection Rule was ostensibly to give a boost to the ailing coal industry, but the truth is that a move like this isn't going to improve their odds.  "Coal jobs are not coming back," said James van Nostrand, director of the Center for Energy and Sustainable Development at West Virginia University College of Law.  "The coal industry is being pounded by market forces.  It's not regulation." 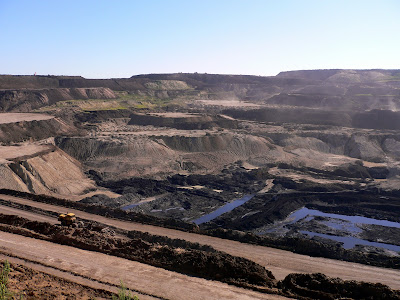 So the revocation of the Stream Protection Rule, and the elimination of the words "science-based" from the EPA mission statement, are purely symbolic gestures -- but no less powerful for being so.  They're a clear message to anyone who is listening: "When evidence-based science or a cost in human health or human lives come up against the interests of corporate profit, corporate profit is going to win.  Period."

Given that pro-corporate Republicans now control both houses of Congress and the Executive Branch, and anti-science types like Scott Pruitt, Dana Rohrabacher, Lamar Smith, and Rex Tillerson are now running committees or whole departments, this is only the beginning.  Also on the chopping block are the Clean Air, Clean Water, and Clean Power Acts; the Endangered Species Act; the Comprehensive Environmental Response, Compensation, and Liability (Superfund) Act; and, of course, any involvement in policy that addresses, or even acknowledges, anthropogenic climate change.  And with the power these people now wield, this kind of a change to our nation's environmental policy isn't just a what if, it's increasingly seeming inevitable.

I recognize that there has to be a balance between smart environmental management and corporate interests.  I'm no tree hugger that goes along with the motto of the ecoterrorist group Earth First -- "No compromise in the defense of Mother Earth."  The human species needs food, living space, a reliable source of energy, clean water, clean air, and clean soil -- and therefore a thoughtful equilibrium between protecting nature and protecting our economy and national interest.  But what we have here is a government that is ceding all control to the corporations, damn the consequences, full speed ahead.

Which is a recipe for disaster.  Because whatever the monetary gains of policy that ignores science, eventually reality catches up with you -- in the form of ruined ecosystems, loss of biodiversity, fouled water and air, and a climate gone haywire.

I can only hope that wiser heads prevail before the tipping point is reached.
Posted by Gordon Bonnet at 2:11 AM