The budget from hell

I know many of us are reaching outrage saturation with the horrorshow that is the current presidential administration, but the recently-released budget is so awful that even the pessimists have been taken a little aback.

Entitled "America First: A Budget Blueprint to Make America Great Again," this document accomplishes nothing but punishing groups that pissed off Trump in one way or another, repaying corporate interests for their support, eliminating protections for minorities, the elderly, the poor, and the environment, and slashing medical and scientific research programs to the bone.  Put more simply -- in the words of Washington Post writer Eugene Robinson -- this budget makes America "dumber, dirtier, hungrier, and sicker."

Think I'm exaggerating?  Here is a (very much abridged) list of programs the budget would eliminate entirely:
If you doubt that this is anything more than a symbolic flip of the middle finger at Trump's enemies -- mostly what Robinson calls "fancy-dancy elites who define and consume high culture" -- consider that the budgets of three of his top-priority cuts, the National Endowment for the Arts, the National Endowment for the Humanities, and the Corporation for Public Broadcasting, total a little less than $750 million annually.  To put that into perspective, that's a little less than four times the amount that Betsy DeVos contributed to the Republican Party in her successful attempt to purchase the position of Secretary of Education.  It's right around the same amount that Trump himself holds in personal and corporate loans, and is half what his son-in-law, Jared Kurshner, paid for 666 Fifth Avenue back in 2006.

But as the infomercials used to say, "Just wait... there's more!"  Trump's "Make America Great Again" agenda also apparently includes hacking away at medical and scientific research.  The National Institute of Health will have their budget cut by 19%, jeopardizing grants supporting university research into new medications, diagnostics, and treatments.  The Department of Energy would see an 18% cut in every program they oversee -- except the maintenance, development, and production of nuclear weapons. 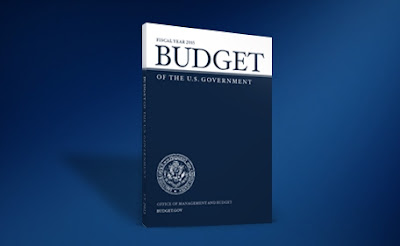 Then there's the elimination of programs like Meals on Wheels and Head Start.  Office of Management and Budget Director Mick Mulvaney was asked by CNN's Jim Acosta how he can justify cutting funding for programs that help children and the elderly.  Acosta said, "Just to follow up on that, you were talking about the steel worker in Ohio, coal worker in Pennsylvania, but they may have an elderly mother who depends on the Meals on Wheels program or who may have kids in Head Start.  Yesterday, or the day before, you described this as a hard-power budget.  Is it also a hard-hearted budget?"

Mulvaney responded, “No, I don’t think so.  I think it’s probably one of the most compassionate things we can do.”

Acosta, understandably, was aghast.  "To cut programs that help the elderly and kids?" he asked.

Mulvaney shot back, "You’re only focusing on half of the equation, right?  You’re focusing on the recipients of the money.  We’re trying to focus on both the recipients of the money and the folks who give us the money in the first place.  And I think it’s fairly compassionate to go to them and say, 'Look, we’re not gonna ask you for your hard-earned money, anymore, single mother of two in Detroit … unless we can guarantee to you that that money is actually being used in a proper function.'"

Yes, you read that right: the Director of the Office of Management and Budget just said that providing education to preschoolers and meals to infirm elderly persons is "not a proper function" of taxpayer dollars, and to cut such programs is "compassionate."

What is most appalling about all of this is that most of the programs on the chopping block are hardly big-ticket items.  And even if all of these cuts are maintained, it's not going to reduce spending, or the burden on the American taxpayer, because you still have to factor in Trump's call for a 9% increase in the funding for the military -- already by far the biggest recipient of federal funds -- a total amount of $54 billion.

Oh, and I haven't even told you about the coupling of a huge increase in military spending with a proposed cut to the State Department -- an amount totaling 28% of their budget.  The approach seems to be "fuck diplomacy, we need firepower."

Appalled yet?  Maybe you'll reach the tipping point if I tell you about Trump's three weekend getaways at his own Mar-a-Lago resort in Florida, costing taxpayers $10 million, and the projected $183 million a year we're paying to put Melania Trump up in Trump Tower because she doesn't want to live in the White House.

So the whole thing isn't about money, waste, or smaller government; it's about ideology, revenge, greed, and saber-rattling.  As Washington Post writer Alyssa Rosenberg put it: "Maybe [Republicans] don’t care about the arts personally, or the tourism revenue that can flow from a museum that has federal support, or the opportunity for kids in their district to get a glimpse of something that allows them to see the world in a new way.  Maybe it’s just too much fun to tweak liberals or too painful to target corporate subsidies in a way that might make big donors cranky.  But if we’re going to have this idiotic conversation every time Congress takes a crack a passing a budget, I wish we could just admit that cutting federal support for the arts and humanities is a way to fight the culture war, not to tackle the federal debt."

So the whole thing is a disaster, unless you are (1) a military contractor, (2) the CEO of a fossil fuel company, or (3) independently wealthy.  For most of the rest of us, the "Blueprint for Making America Great Again" simply adds to a military budget that already is higher than the next eight countries put together, and kills programs that foster health, research, a clean environment, the arts, and protections for children, minorities, and the elderly.

All of this puts me in mind of the quote from President Dwight D. Eisenhower, which is as pertinent now as when he said it, sixty years ago: "Every gun that is made, every warship launched, every rocket fired signifies in the final sense, a theft from those who hunger and are not fed, those who are cold and are not clothed.  This world in arms is not spending money alone.  It is spending the sweat of its laborers, the genius of its scientists, the hopes of its children.  This is not a way of life at all in any true sense.  Under the clouds of war, it is humanity hanging on a cross of iron."
Posted by Gordon Bonnet at 3:26 AM