I know two people who are major conspiracy theorists.

One of them believes he's being persecuted by the folks at his place of employment, that they're getting together and deliberately making his life difficult because "they all" disagree with his political and religious beliefs.  He seriously believes that the ordinary, average folks he works with are meeting in secret to try to find new and devious ways to make him miserable.

"Because of who I am," he answers, with no apparent trace of irony.

The other one is more of a global conspiracy type -- there's this Shadow Government run by the CEOs of the Big Corporations, and they have Big Secret Plans for World Domination. (This guy always speaks in Capital Letters.)  He's a major fan of Zeitgeist, believes there are secret plans for a One World Government, thinks that the CIA is putting mind-control chemicals into jet fuel so we get zombified whenever there's a jet contrail, and thinks that there are Men in Black who make dissenters disappear.  Say the words "New World Order" in his presence, and he gets really serious, and looks around to see if anyone overheard.  And of course, when you point out that there's no evidence whatsoever for a Global Conspiracy, he just raises his eyebrow coyly and smiles, as if to say, "Of course there's no evidence.  You don't think they'd just leave evidence hanging around, do you?  These guys are good." 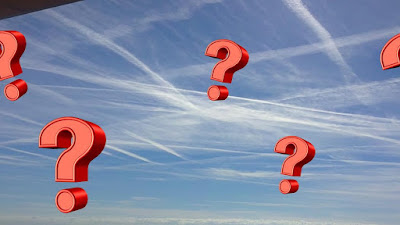 I'm willing to believe that the second guy has just watched too many episodes of The X Files, but it does make me wonder why conspiracy theories are so appealing.  As strange as it sounds, there's a certain attraction to paranoia.  People want there to be a huge master plan behind everything -- sinister or otherwise -- because, I think, it's more satisfying and reassuring that there is a plan.  It's a little disconcerting to think that the universe is just kinda random, that things happen because they happen, and most people are just helpless dorks with no more intentionality than billiard balls bouncing off each other.

I mean, I like The X Files as much as the next guy, but honestly I think the universe is much more like a cosmic Mr. Magoo episode.

In a recent interview in Vox, social psychologist Jan-Willem van Prooijen, of Vrije Universiteit Amsterdam, agrees.  "[Conspiracy theories are] a tool to explain reality," van Prooijen said.  "We can’t always know or understand everything that happens to us. When people are uncertain about change — when they lose their jobs, or when a terrorist strike or a natural disaster has occurred — then people have a tendency to want to understand what happened, and also a tendency to assume the worst. It’s a self-protective mechanism people have.  This combination of trying to make sense and assuming the worst often leads to conspiracy theories."

This means, van Prooijen said, that during unstable times, we should expect conspiracy theories to sprout up like mushroom after a rainstorm.  "They’re particularly likely to flourish in times of collective uncertainty in society. Particularly after high-profile incidents that imply a sudden change in society or a sudden change in reality in a threatening way.  Think 9/11, but also think of disease outbreaks [or] long-term threats like an economic crisis or climate change."

This means, too, that they're remarkably resistant to correction.  When the emotional piece is added, it makes people much more likely to dig their heels in than admit they were wrong.  And that's despite that fact that in general, most conspiracy theories are very likely to be wrong.

Robert Heinlein said, "Never attribute to conspiracy what can be equally well explained by stupidity."   I'd add to that that most people don't have the time or interest to conspire.  Conspiracy, after all, takes so much effort.  The first guy I mentioned -- the one thinks that his coworkers are out to get him -- would probably be appalled if he knew how little time and energy his coworkers actually spend thinking about him.  Sorry, buddy, you're not the victim of a conspiracy -- "who you are" is just not that important.  Most of your coworkers spend more time daily thinking about what to have for dinner that night than they do thinking about ways to make your life miserable.

Also, there's just the practical aspect of it.   Conspiracies are hard to manage, because face it, people like to gossip.  Plus, my own version of Murphy's Law is that the overall IQ and efficiency of a group is inversely proportional to the number of people in the group.  Our government isn't so much evil as it is ridiculous -- Congress as 535 Keystone Kops running about while "Yakety Sax" plays in the background, banging into each other, falling down, and having the occasional sex scandal and collusion with Russia, all overseen by President Magoo, whose job is to keep people believing the pleasant myth that his administration has got a handle on everything.

It's not that the government, or corporations, don't do bad things. They do -- sometimes really bad ones. But there's nothing more behind it than simple human greed and power-hungriness and dumbassery, with the occasional plot that is usually about as successful as Watergate. The rest of the world just keeps going on, doing what people do, and rolling our eyes at how absurd it all is.
Posted by Gordon Bonnet at 2:00 AM