The skeptic community (if such a thing actually exists) is all abuzz because of the recent publication in the journal Cogent Social Studies of an article by Peter Boghossian and James Lindsay called "The Conceptual Penis as a Social Construct."  If you read the article, you'll see immediately that it's a hoax.  It contains such passages as one in which they say the "concept of the penis" is responsible for climate change, and defend that claim thusly:


Destructive, unsustainable hegemonically male approaches to pressing environmental policy and action are the predictable results of a raping of nature by a male-dominated mindset.  This mindset is best captured by recognizing the role of [sic] the conceptual penis holds over masculine psychology.  When it is applied to our natural environment, especially virgin environments that can be cheaply despoiled for their material resources and left dilapidated and diminished when our patriarchal approaches to economic gain have stolen their inherent worth, the extrapolation of the rape culture inherent in the conceptual penis becomes clear.

Boghossian and Lindsay, both of whom write for Skeptic magazine, do a good bit of har-de-har-harring at the fact that their spoof article allegedly passed peer review, as does Skeptic's founder, Michael Shermer.  Shermer writes:


Every once in awhile it is necessary and desirable to expose extreme ideologies for what they are by carrying out their arguments and rhetoric to their logical and absurd conclusion, which is why we are proud to publish this expose of a hoaxed article published in a peer-reviewed journal today.  Its ramifications are unknown but one hopes it will help rein in extremism in this and related areas.

In fact, Boghossian and Lindsay hint that their hoax shows a fundamental problem with all of gender studies:


The most potent among the human susceptibilities to corruption by fashionable nonsense is the temptation to uncritically endorse morally fashionable nonsense.  That is, we assumed we could publish outright nonsense provided it looked the part and portrayed a moralizing attitude that comported with the editors’ moral convictions.  Like any impostor, ours had to dress the part, though we made our disguise as ridiculous and caricatured as possible—not so much affixing an obviously fake mustache to mask its true identity as donning two of them as false eyebrows.

Denigrating all of gender studies based upon a sample size of One Paper seems like lousy skepticism to me.  They didn't do a thorough analysis of papers published in the dozens of journals that address the subject; they found one journal that accepted one hoax paper uncritically.  Sure, it says something about Cogent Social Studies -- which, it turns out, is a pay-to-publish journal anyhow, ranking it a long way down on the reliability ladder -- but that no more discredits gender studies as a whole than the Hwang Woo-Suk hoax discredited all stem cell research.

To me, this is more of an indication that Boghossian and Lindsay, and by extension Michael Shermer, have an ax to grind.  The hoax itself appears very much like a cheap stunt that Boghossian and Lindsay dreamed up to take a pot shot at a subject that for some reason they hold in disdain.  When the hoax succeeded, they crowed that the field of gender studies is "crippled academically."

Kind of looks like confirmation bias to me.  Sad, given that these three are often held up as the intellectual leaders of the skeptic community. 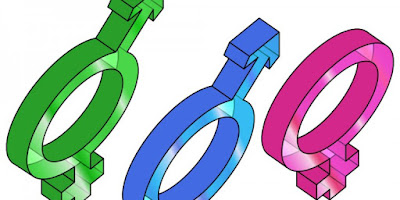 I do think there's one important lesson that can be drawn from this situation, however, and it's not the one Boghossian and Lindsay intended.  It's that the old adage of "if it's in an academic journal, it's reliable" simply isn't true.  I recall, in my college days, being told that the "only acceptable sources for papers are academic journals."  This wrongly gives college students the impression that all journals have identical standards -- that Nature and Science are on par with Cogent Social Studies and The American Journal of Homeopathy.

This makes a true skeptic's job harder (not to mention the job of college students simply trying to find good sources for their own research).  It is incumbent upon anyone reading an academic paper to see what the track record of the journal is -- if its papers have been cited by reputable researchers, if the research they describe is valid, if its authors have reasonable credentials.  Boghossian and Lindsay did show that we are right to be suspicious of papers that appear in pay-to-publish journals.  Beyond that, what they did strikes me as a lot of mean-spirited dicking around.
Posted by Gordon Bonnet at 1:59 AM