I'm going to make another plea for something that I've requested before:

In these fractious times, it's easy to get your dander up and post, share, or retweet links about controversial stuff without double-checking their veracity.  And you should especially check your sources if you're inclined to agree with them.  Confirmation bias plagues us all, and we are all more likely to accept a claim uncritically if we already thought it was true.

This all comes up because of an article from Business Insider about The Palmer Report.  The Palmer Report is a strongly left-leaning news website run by one Bill Palmer, and has established itself as being about as reliable as Fox News in presenting verified, accurate information.

The Business Insider article describes an incident involving Senator Ed Markey of Massachusetts.  Markey went on CNN and said, "Subpoenas have now been issued in northern Virginia with regard to [National Security Adviser Michael] Flynn and Gen. Flynn's associates. A grand jury has been impaneled up in New York."

This resulted in some puzzlement, as no one else seemed to have heard about the impaneling of a grand jury in New York, or anywhere else, for that matter.  Questioned about the claim, Markey identified the source of it as The Palmer Report.

Bill Palmer, apparently, made the claim up out of whole cloth.  But when this became obvious, did he back down, and say, "Oops, guess I was wrong"?

Of course not.  Websites like The Palmer Report have, as their motto, "Death Before Retraction."  Instead of addressing the apparent falsehood, Palmer responded with a dazzling display of circular reasoning and said by quoting The Palmer Report, Markey had "confirmed" that a grand jury had been appointed. 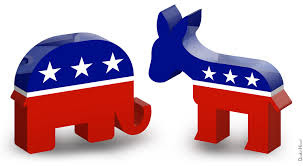 The site has kept Snopes busy lately.  Just in the last week, Snopes has debunked false or misleading claims from The Palmer Report including that James Comey sent out a malicious tweet about Donald Trump and the alleged "pee tape" after he was fired; that Donald Trump had said that "Americans have no right to protest;" and that Trump called up CBS after Stephen Colbert's anti-Trump diatribe and "got him fired."

All of these stories are false.  But they line up very much with what the left would like to be true, so they've all gone viral.

Palmer, for his part, is unapologetic.  "Anyone unfamiliar with my work shouldn't just take my word, or anyone else's word, on its validity," he wrote last year.  "My articles include supporting source links which allow readers to easily verify the facts in question, meaning there's nothing controversial about my reporting."

Believe me because I say it's true, in other words.  And why should you think I'm accurate?  Well, I just told you I was, dammit!

All of which brings up a rather unpleasant tendency; for the left to see all of the right's claims as unfounded supposition and their own as well-sourced, fact-based, virtually self-evident to anyone with a brain.  And vice versa, of course.  The truth is that everyone is prone to bias, and we need to evaluate stuff we agree with even more carefully because of the danger of accepting it without question.

And as far as The Palmer Report and the other purveyors of fake news out there, left and right; you are muddying the waters, stirring up conflict and dissent, and making the ugly polarization that is characterizing today's United States even worse.  I have no doubt you know this already, and suspect that you don't care much.  But I will add my own voice to others in saying: if you don't know that the claim you're making is true, shut the fuck up.
Posted by Gordon Bonnet at 1:56 AM