My stance as a skeptic sometimes makes me something of a magnet for wackos.  There are the earnest types who are driven nuts by the fact that I scoff at their favorite brand of nonsense (homeopathy, ghosts, and conspiracy theories seem to be favorites).  And then there are the ones who find my blog because Google keyword searches seem to pick up on words like "psychic" and "haunting" and miss important words like "ridiculous" and "bullshit."

As an example of the latter, my blog was linked yesterday by Christie Marie Sheldon, who has a website called "Love or Above."  I include this link some trepidation.  So for those of you who would prefer not to look at it and thereby murder scores of valuable brain cells, I will include a summary of its main points.

The headline says, "Are your vibrations helping or hurting you?"  This is followed up by: "Your personal vibration frequency could be the ONE thing holding you back from abundance, happiness, and success.  Discover how to raise it, so you can finally start living from the vibration of Love or Above."

Allow me to interject that in the interest of keeping this PG-13 rated, I will consider the obvious joke about "Personal Love Vibrations" to be already made, and we will move on.

Christie's website then goes on to say, "Ever notice how some uncannily lucky people can almost effortlessly attract good things into their lives?"  These people, she claims, are leaders, have opportunities at work, good relationships, and a healthy attitude toward money.  Myself, I just figured that people like this were smart, hard-working, and well-adjusted, but no: it's because they have a personal energy vibration score, not to mention probably a credit rating, of over 700.

All emotions, Christie explains, vibrate at a particular frequency.  Shame, for example, vibrates at a frequency of 20. (At this point, I was shouting at the computer screen, "20 what?  Hertz?   Megahertz?  Pounds per square inch?  Fluid ounces?  Furlongs per fortnight? Where are the fucking units?" This caused my dog, Grendel, to look extremely worried because he thought I was yelling at him, meaning he was presumably "vibrating at a frequency of 20.")  Apathy vibrates at 50, Desire at 125, Anger at 150.  Then we move on to more positive emotions; Willingness is 310, Acceptance is 350, and so on.  She says, if you vibrate at 1000, you are an "Enlightened Master."   I guess that at that point, you're vibrating as fast as you possibly could.  Any faster and you might just vanish in a flash of Quantum Psychic Aura Energy, or something. 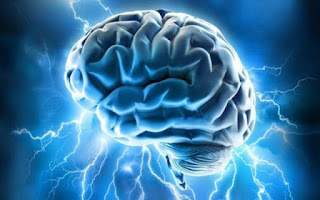 She goes on to explain that the vibrational energy of the Earth, at the moment, registers at 207 on her Cosmic Vibration-o-Meter.  This is somewhere between "Courage" and "Neutrality."  So, basically, most people average out at somewhere between "Yes, I can!" and "Meh."  Which seems about right, frankly.  But then she says that we should all be vibrating at 500 or above, because 500 is the frequency of "Vibrations of Love."

As proof of how personal love vibrations work, she presents two experiments done by people we should automatically believe because they have "Dr." in front of their names. Dr. William Braud, of the "Mind-Science Foundation" in San Antonio, Texas, found that he could extend the life spans of red blood cells by having the owners of these red blood cells "think positive thoughts about them."   And Dr. Masaru Emoto did an experiment in which he sent a variety of positive or negative emotional thoughts into glasses of water, and then froze the water, and he found that the happy water made pretty, symmetrical crystals, and the unhappy water made disorganized, ugly crystals.  Christie then asks us a poignant question: since our body is full of red blood cells and water, what kind of damage could we be doing to ourselves with negative thoughts?  The implications are staggering.  I don't know about you, but if I ever froze to death, I would definitely want the water in my body to form attractive-looking crystals.  Think of the humiliation if at my funeral, my friends and family said, "I guess it's just as well he died.  Did you see those ugly-ass ice crystals?  He must have been vibrating at 180 or lower."

She ends, of course, with a sales pitch for her program, the "Love or Above Energetic Breakthrough Kit."  To show how awesome it is, she displays a photograph of herself at an event that I swear I am not making up: The "Awesomeness Fest."  There are further details, including descriptions of a technique called "Space Cleansing," but at that point my remaining brain cells were crying for mercy so I had to stop looking at the website.

I suppose it's an occupational hazard, being a skeptic, that people want to convince you.  After all, the word "skeptic" implies that there's a chance you might be swayed.  This is, in fact, true; but the difficulty, of course, is that what sways a skeptic is empirical evidence, or failing that, at least a logical argument.  When you have neither, all you have is a severe case of Doubt, which vibrates at a frequency of around 110.
Posted by Gordon Bonnet at 2:04 AM

Email ThisBlogThis!Share to TwitterShare to FacebookShare to Pinterest
Labels: Christie Marie Sheldon, Love or Above, pseudoscience