A while back, I wrote here at Skeptophilia about a business called "After The Rapture Pet Care" that (for a small fee) would pair holy pet owners up with well-meaning sinners, so that when the holy people were Raptured up to heaven, their pets would have someone to look after them.

Well, if that wasn't goofy enough for you, one of my Critical Thinking students ran across an even goofier idea last week.  His discovery?

A company called "MySendOff" that has a program they call "Sending Telegrams to Heaven."  The idea here hinges on the fact that most of us have friends or relatives who have died, and whom we would like to contact.  As the website puts it:


[W]hat if you had something you wanted to say to [a deceased loved one]?  Perhaps you had one last pressing thing you wanted your loved one to know but time wouldn’t allow it.  You maybe feeling somewhat guilty or unfulfilled for not saying that one last thing.  Some may even feel somehow responsible for the death and feel the pressing need to apologize and tell the deceased they feel responsible.  They may go on through life with a feeling of discontentment and frustration due to this self blaming.  Another reason for contacting the deceased may be that you want to inform them of new events that happened since their passing, a new birth in a family, a wedding etc.

I'm sure at least some of my readers can relate.

It's hard to know where to start, regarding how bizarre this is.  First, there's the idea that MySendOff is somehow getting in touch with hundreds of terminally ill people to act as couriers.  Second, the company is getting five bucks a word for basically doing... nothing.  Other than passing the message to the courier, that is.  You have no guarantee of delivery, given that they're not saying you'll ever know if the recently deceased, formerly terminally ill person successfully contacted your loved one.

I mean, think about it.  The odds are very much against it, right?  Think of all the billions of people who have died.  Even if you think they're all still kicking around somewhere in the Great Beyond, what's the likelihood of being able to find one of them, amongst all the people who have ever died?  Unless the afterlife is some kind of big, IRS-style bureaucracy, where each deceased person is assigned a tracking number upon arrival, so that they can all be located quickly if needed. 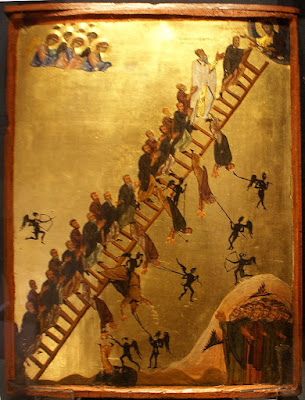 And I hate to bring this up, but what if the terminally ill person arrives at the Pearly Gates, only to find that your loved one is sort of... not there?  I.e., they ended up in hell?  I have to admit, considering most of my relatives, that's a great deal more likely.  Does the courier then have the responsibility to have the message handed over to someone to make a downward delivery run?

Or does MySendOff pair up sinful dead people with sinful terminally ill people, so that the message goes the right direction to start with?

Of course, for me the main frustration would be that I don't so much want to deliver a message to my deceased loved ones, I'd much prefer to ask some questions, which means that I'd like answers, something for which MySendOff provides no guarantee.  I'd especially like to chat with my grandma, with whom I was very close as a kid.  There are all kinds of things I wish I'd asked while she was alive.  How did she meet my grandpa?  (My grandma was from rural southwestern Pennsylvania, my grandpa from southern Louisiana.  They met during World War I, and I'm sure there was a story there, but I never found out what it was.)  After my grandpa died, how did she meet the Dutch expat Catholic priest for whom she became the live-in housekeeper -- a job that lasted forty years until his death at age 86?  And, most importantly, what is her secret chocolate fudge recipe, which I have tried for thirty years to replicate without success?

But MySendOff has no provisions for two-way communication, which is a pity.  I mean, it'd be nice to tell my grandma that I miss her, but if there really is an afterlife, I'm sure she knows that.

So I'm not gonna pay five bucks a word to send her, or any other dead people, a message.  Seems a little steep, frankly.  I'll just wait until I die and can carry my own messages.  It'll be too late to use my grandma's chocolate fudge recipe, but at least we'll be able to have a nice chat about old times.
Posted by Gordon Bonnet at 1:54 AM